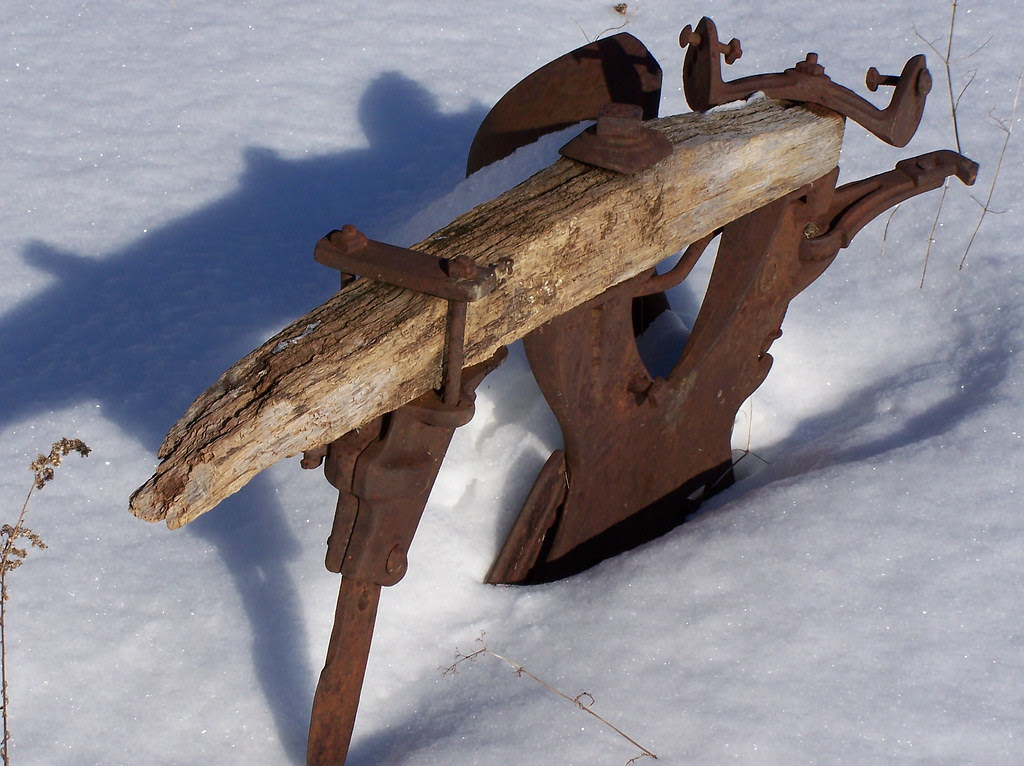 Click to see larger on flicker. It will open in a new window.

Folks in the Vermont woods used the woods to store their trash. It was cheaper to pile up old farm equipment and household trash out there then to haul it off. There were no dumps long ago anyhow, so there was no where to take it.

I have found two such dumps on my property. One, near my spring-fed well, was for household trash. We have found medicine bottles from the 19th century there and other fascinating objects. The metal objects are often difficult to identify because of oxidation. The other dump, where this plow blade was found, has a very big old saw that I may never get out because it is so large. Two old milk cans that my daughter and I have brought back to the house were also there.

This plow blade was detached from the plow, which is still up there. I am not a country girl, only a girl that loves the country passionately and visualizes life here one hundred years ago through a romantic lens. I think this plow was used by horses. There is land across the road that used to be a hay field before the beaver moved in approximately 30 years ago and drowned the land. That is the only area here that could have been farmed because of the mountainous terrain.

Thank you for visiting, have a wonderful week, happy blogging, and I love VT!