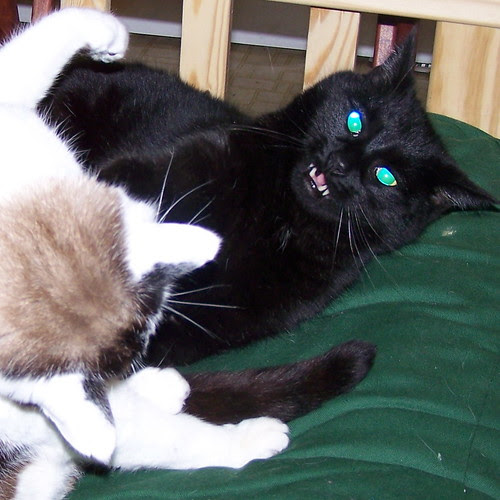 Cabin Fever
It's been a rough week. The temperatures dropped to fifteen below zero. The high temperature on Wednesday was six below zero. Naturally, I can't let the cats out! Only three cats are allowed out: Buddy, Zorro and Charlie. They needed to get out and work off their aggression.

Seen here are Buddy and Zorro. They tried to curl up together for a nap. But a fight broke out. Fights have been breaking out frequently in the house this week. Zorro is not a fighter, though. He is polite with males and females alike. He was born into my family the year the movie Zorro was released. He has a very high pitched voice and the darkest fur. There are one or two pin hairs on his chest that are white. His eyes, you can see, are very green. Zorro has no bad habits and has never hurt another creature; he has not even killed outside yet!

Being forcibly shut in this week has caused stress. Despite a large house with plenty of room for privacy, these three outdoor cats are picking on each other. Their "domestication" has been worn thin. 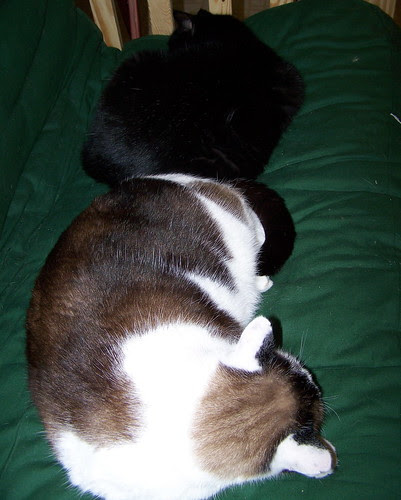