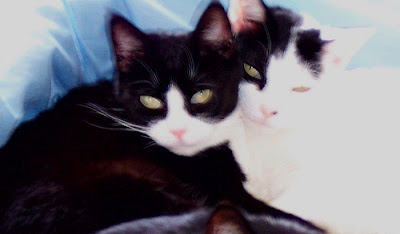 Matilda and her son, Turnip

I want to tell the story of Matilda and the moth. When I taught in the inner city in Connecticut, I found Matilda behind the school. She was just about the cutest thing I had ever met. Her huge eyes enchanted everyone and her sweet, outgoing personality endeared everyone. As young as she was, she quickly became the mother of all the cats in the house. We learned very soon after rescuing her that Matilda was going to be a mother for real! 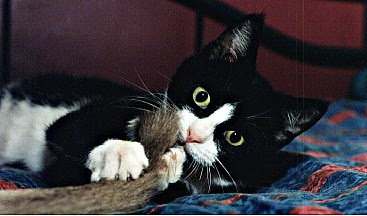 Young Matilda
Matilda was the best cat mother I have ever observed. She taught her family of five kittens how to drink from a water bowl by having them sit around the bowl while she drank. I then watched as one by one they tried to drink it. Repeatedly Matilda would demonstrate the technique for them as they struggled with this new skill.

Another day as the kittens were lined up on the kitchen floor (how did she get them to do this?), Matilda brought a huge moth into the kitchen. We lived in the city then, but had built the cats a large and safe run so that they could be outside. Occasionally different animals like moths, earthworms, snakes, and even birds were killed and brought into the house.

Using the live moth, Matilda demonstrated her hunting skills for the kids. Some were horrified and cringed in fear of the moth. Others tried to jump in and play. But Matilda kept them all in control until she let them kill the moth with their play.

I miss those days with Matilda and the kittens. I kept all the kittens except one which I gave to my son. There are only two left now: Zorro and Turnip. Zorro you have seen before in my photos. Turnip is in the first photo of this post with his mother.

Matilda died the day after Thanksgiving 2005, from a severe case of ECG, an auto-immune disease that is not controllable forever. Even while in severe pain, Matilda was kind and gentle to others and slept in my arms all of her last night. I was unable to let Matilda suffer any longer and tearfully let her go in peace. 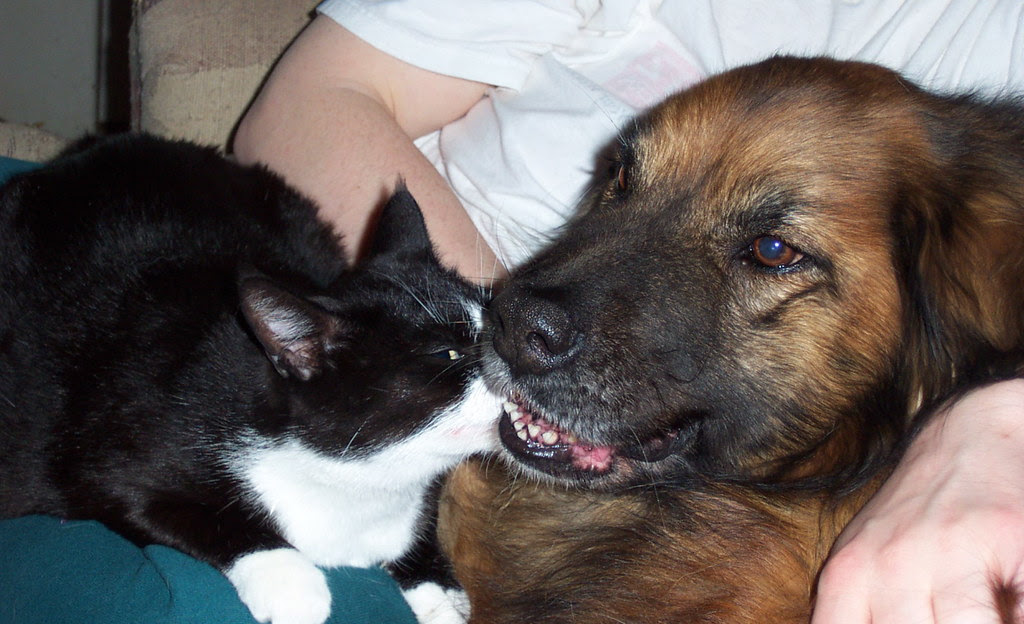 Even dogs trusted Matilda and allowed her to nibble their mouths.
_/\_/\_
Posted by Andree at 9:29 PM