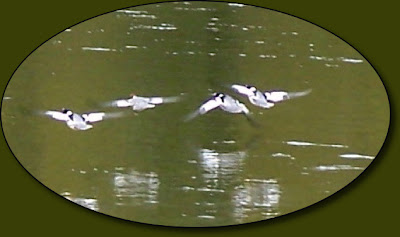 I now believe that spring may come. I saw four common mergansers swimming upstream on the Missisquoi River in North Troy this morning! Four males and a female. I shot the three photos below from the car window. I was worried they would fly off when I left the car, and they did. I quickly got them in flight. It's not good, but it's my first "bird in flight" photo. 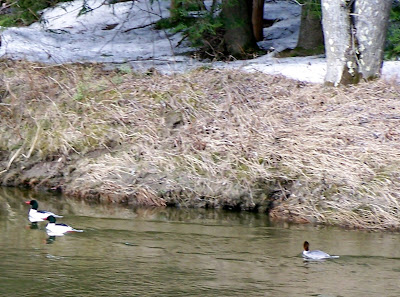 Mergansers winter in northern Mexico and the Gulf of Mexico coast. They swim upstream to catch fish and have "fine tooth-like serrations along the sides of their bills which help in capturing slippery fish." (The Audubon Society Field Guide to North American Birds, Eastern Region, p. 457) 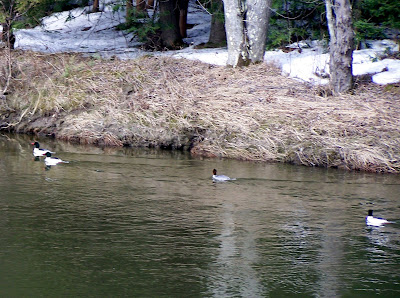 I still have not seen or heard a robin yet. But I did hear my favorites: redwing blackbirds! They make my heart soar. I know that if they are in North Troy, they have to be here in Barton readying for nesting time. 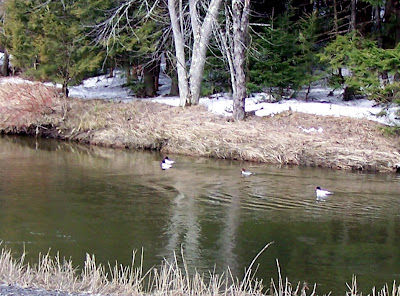