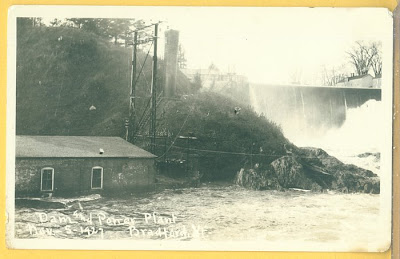 Above: a 1927 postcard showing the Waits River Dam in Bradford during the Great Flood. Today the dam looks like this: 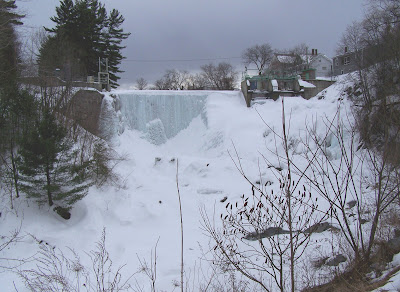 Another winter view of the dam taken by another photographer can be found here.
The powerhouse today (Rt 5 in the background): 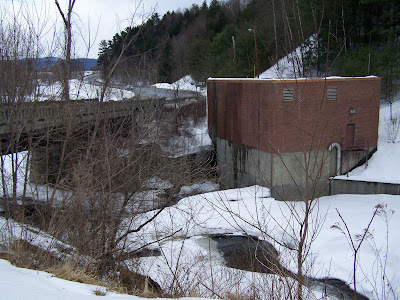 From the historic marker on Route 5:

BRADFORD
Home of Maker of 1st Globes and Birthplace of Adm. Clark
-••-
James Wilson, a Bradford farmer and self-taught engraver, in early 1800's made and sold the first geographical globes in the U.S. Adm. Chas. Clark, born here in 1843, was Captain of the "Oregon", which sailed around Cappe Horn to defeat Spanish at Santiago Bay in 1898.
VERMONT HISTORIC SITES COMMISSION 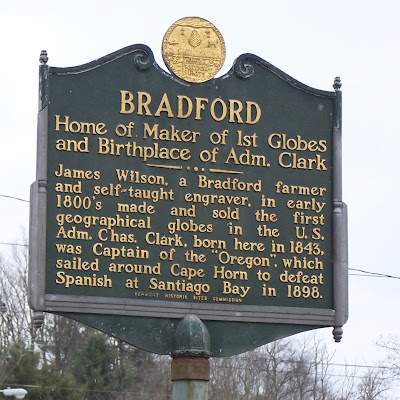 From an historic marker at the Bradford Rest Stop, I-91 northbound (not photographed yet):

Between 1808 and 1810 Wilson made and sold the first terrestrial and celestial globes in North America. Wilson was a farmer and blacksmith b. 1736 in Londonderry N.H. who moved to Bradford in 1795. He taught himself astronomy and geography, studied with Amos Doolittle in CT to learn engraving, skills he needed to make globes. Wilson died in Bradford in 1855 at the age of 92.