A small ice jam on the Missisquoi River at North Troy, Vermont: 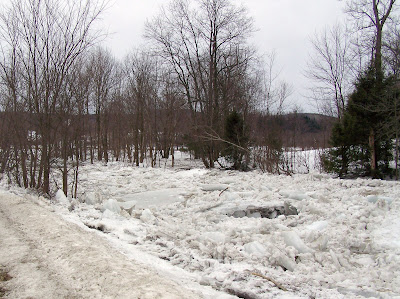 See that round hold in the photo? It appears as a dark area in the middle of the photo. Here it is again, closer: 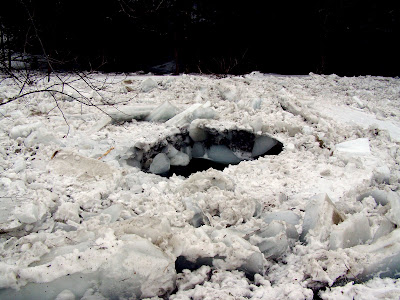 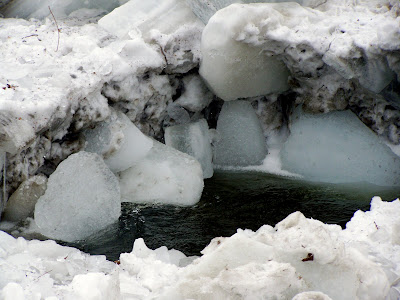 We were let out of work half an hour early on Friday so I took advantage of the time to take these photos. There were two ice jams that crawled over Rt 105 last week. They looked like mini-glaciers! Then the big state plows come and push them aside.

The following info is from MRBA:

With headwaters in Lowell, VT, the Missisquoi River flows north into Quebec where the Missisquoi Nord joins the main stem at Highwater, QC; it then returns to Vermont at East Richford and flows west to drain in Missisquoi Bay.

In addition to draining the Missisquoi River’s 88-mile course and its over 50-miles of tributaries (Black Creek, Trout River, the Tyler Branch, and Mud Creek), Missisquoi Bay also drains the Pike and Rock Rivers.

The doctor said that most likely I am just fine! I can't believe it. I cried in gratitude. The girls were right all along. Last week, Anna sent me info about women's health that was comforting but I was still scared. I still have to go back in three weeks and have more tests, but I trust this doctor and his decades of experience with women.