My new hobby: photography. I enjoy playing with effects with different software. While preparing this post I found a new way to make a banner for my blog: using Image Tricks crop and gamma adjustment. In the future, I will finish this banner and use GIMP to make the final size adjustments. For these photos, I used three days of photos of Jay Peak in Vermont taken on April 10, 11 and 12, 2007 in different light and clouds. All photos were taken from the same spot on the road.

Under each photo I have sparse notes of the software and perhaps the effect that I used. At the end of this post is a linked list of the software. Each link and each photo link will open a new window. You can also go to my Flickr set that I created to collect this work.

This was great fun for the afternoon that I was snowed in (Thursday afternoon, April 12; we are still having winter here). 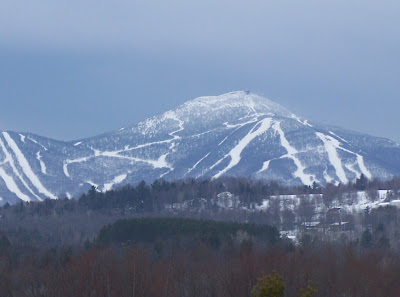 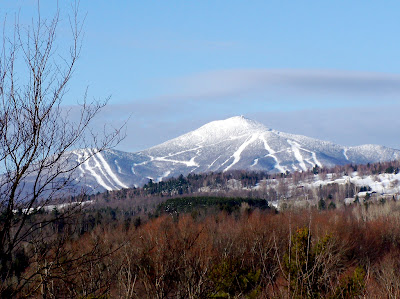 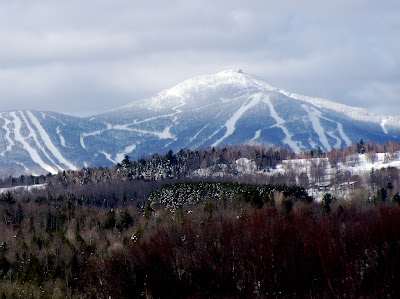 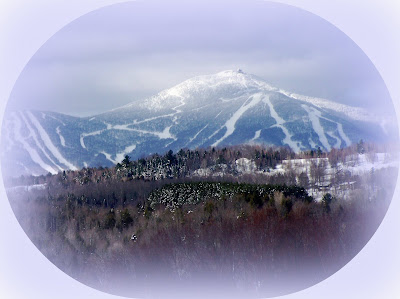 picnik with vignette and other effects 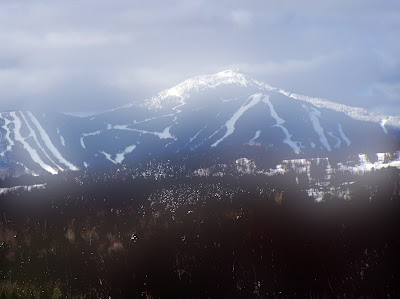 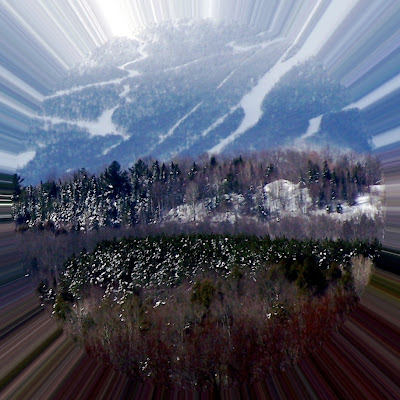 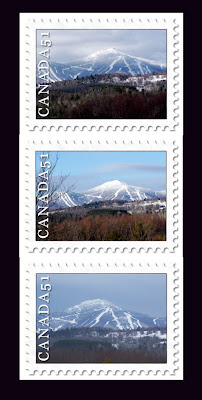 ImageWell with black canvas and crop 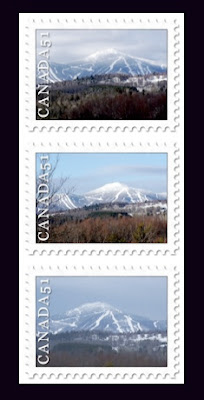 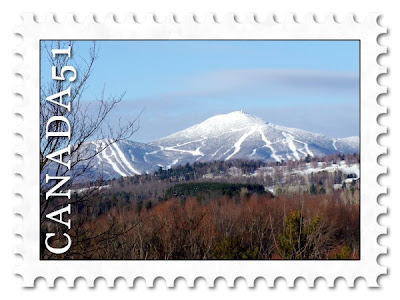 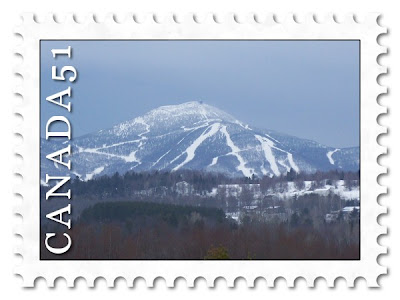 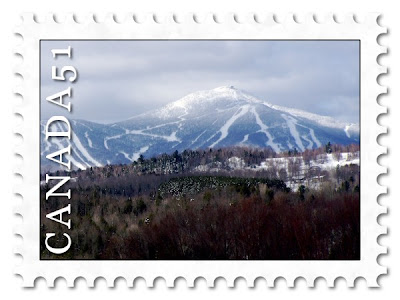 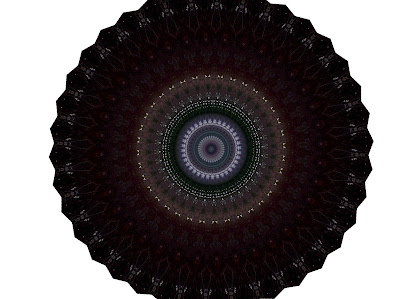 Software used:
ImageWell
Image Tricks
iPhoto
Grab
GIMP
picnik.com
flickr toys
dumpr.net
krazydad.com
I can't wait to learn about the hobbies that other people have. Have a great week! I will, I'm going to be on spring break, with or without spring!