On Saturday, I went to the Haskell Opera House in Derby Line and saw The Complete Works of William Shakespeare in an hour and a half. The three actors above played all roles. I laughed so hard that my face hurt. It was one of the best evenings I have had. The play was produced by QNET Productions, the resident theater company of the Opera House. 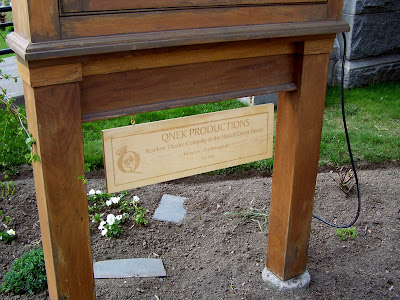 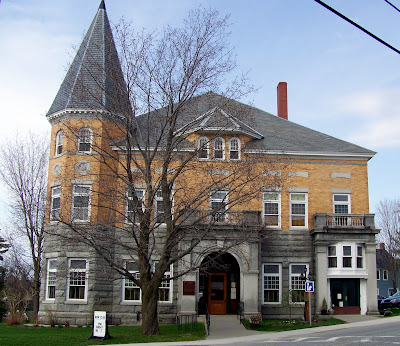 These are photos that I took of the Free Library (the big left door) and Opera House (the little right door) but I don't like the wires in the first and the cut off tower in the second. It is a gorgeous building. I have included some photos from the web below from the inside. 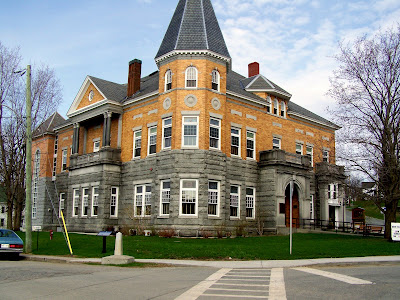 The international border goes through the Opera House and Library and is marked with tape on the floor. I sat on the US side. 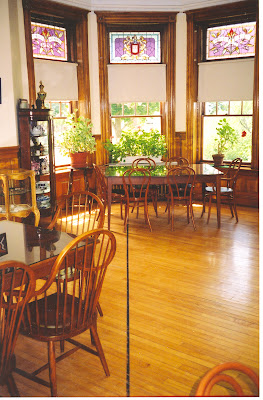 Below is the stone obelisk that marks the border on the outside. There are cameras on the phone poles to see if people try to come across the border without reporting to Customs. If you accidentally park in the wrong country you have to report to both Customs on your way home. Even though I walked into Canada to take these photos, I did not bother to report because my car remained in the US. 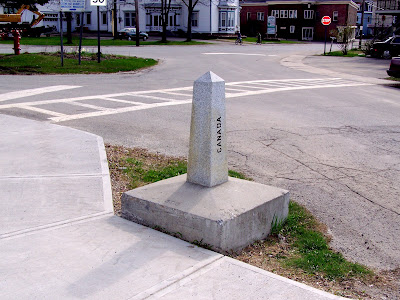 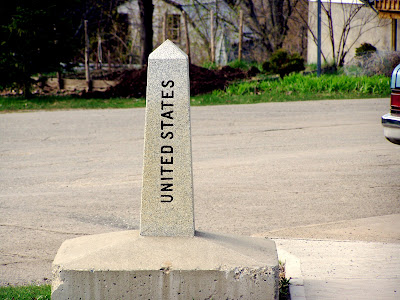 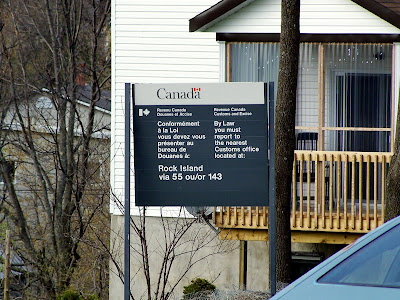 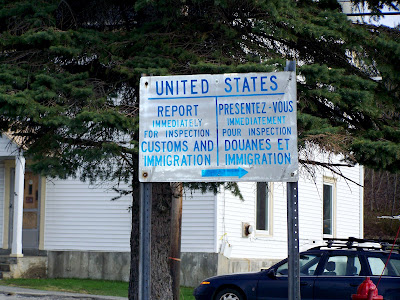 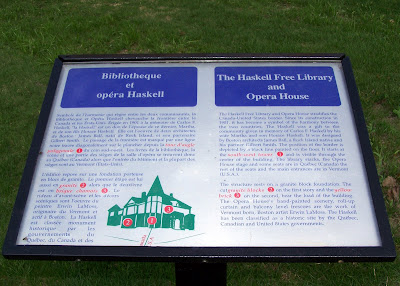 The Haskell Free Library and Opera House straddles the Canada-United States border. Since its construction in 1901, it has become a symbol of the harmony between the two countries. The Haskell was a gift to the community given in memory of Carlos F. Haskell by his wife Martha and son Horace Haskell. It was designed by Boston architects James Ball, a Rock Island (Canada) native and his partner Gilbert Smith. The position of the border is depicted by a black line painted on the floor. It starts at the south-west tower and is visible through the center of the building. The library stacks, the Opera House stage and some seats are in Quebec (Canada). The rest of the seats and the main entrances are in Vermont (USA).

The structure rests on a granite block foundation. The cut granite blocks on the first story and the yellow brick on the second , bear the load of the building. The Opera House's hand-painted scenery, roll-up curtain and balcony level frescoes are the work of vermont born, Boston artist Erwin LaMoss. The Haskell has been classified as a historic site the the Quebec, Canadian and United States governments. 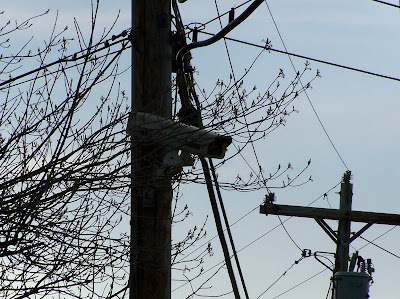 And now for the inside (not my photos!):
Nudity everywhere!: 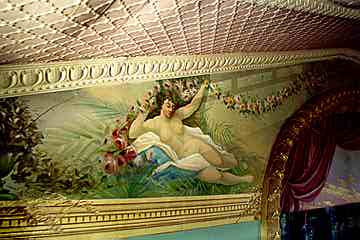 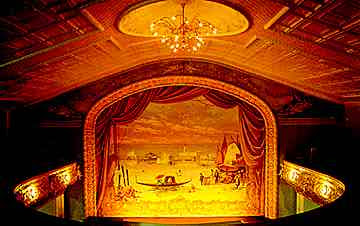 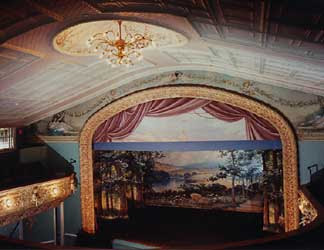 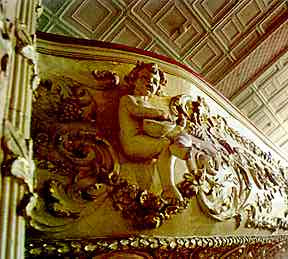 I am thinking of buying season's tickets. I don't know what kept me away from these productions before now.