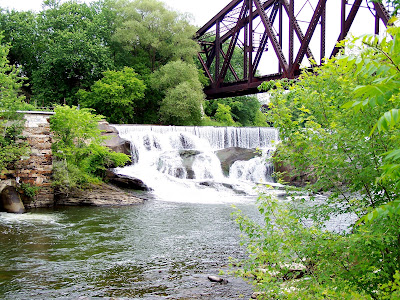 I made a short expedition to Mead's Falls, Rt. 4 on Otter Creek, today. 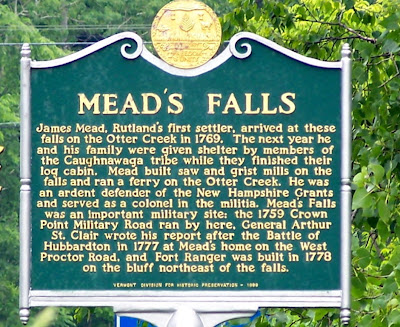 MEAD'S FALLS
James Mead, Rutland's first settler, arrived at these falls on the Otter Creek in 1769. The next year he and his family were given shelter by members of the Caughnawaga tribe while they finished their log cabin. Mead built saw and grist mills on the falls and ran a ferry on the Otter Creek. He was an ardent defender of the New Hampshire Grants and served as a colonel in the militia. Mead's Falls wa an important military site: the 1759 Crown Point Military Road ran by here, General Arthur St. Clair wrote his report after the Battle of Hubardton in 1777 at Mead's home on the West Proctor Road, and Forst Ranger was built in 1778 on the bluff northeast of the falls. 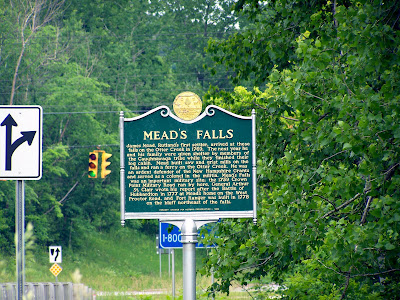 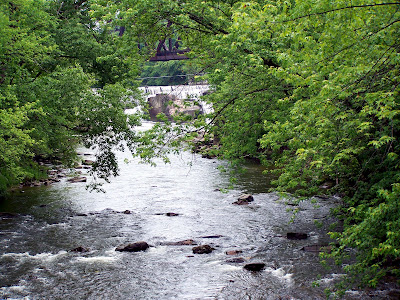 I was dismayed by all of the trash around this historical site. There were tires and debris in Otter Creek, the electrical substation was discharging dirty water, and there was a general malaise about the beautiful area. But we had a wonderful time.