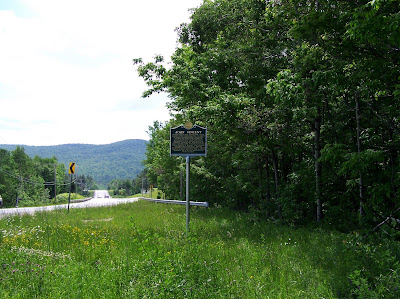 John Vincent
Near this location lived "Captain John" Vincent, a member of the Caughnawaga tribe. An admirer of General George Washington, Captain John became a firm friend of the Colonies. He accompanied Benedict Arnold and Richard Montgomery to guide American troops from Cambridge, Massachusetts, to Quebec for the siege on Quebec in 1776. He fought with General Gates at the Battle of Saratoga, where Burgoyne surrendered his British forces. After the Revolutionary War he settled in Mendon. Captain John died on July 3, 1810, at the home of Johnson Richardson, site of the first public house in Mendon, Vermont. 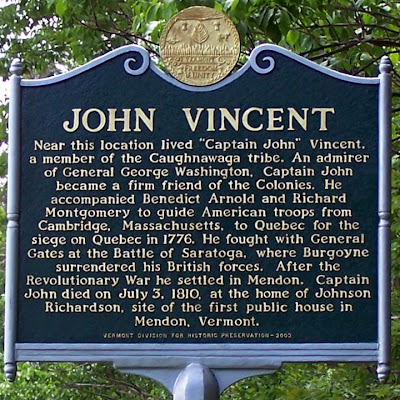