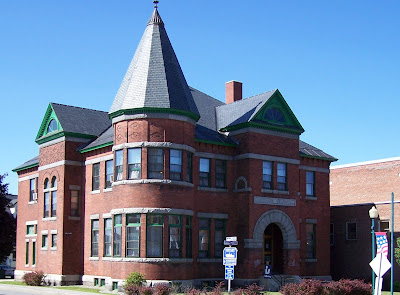 Goodrich Memorial Library
Howard Frank Mosher, author of Marie Blythe, appeared at the Woodknot Bookstore in Newport on Friday, June 29. As soon as I heard of his appearance, Wingnut and I ran up there. I bought his new book, On Kingdom Mountain, and he signed it. 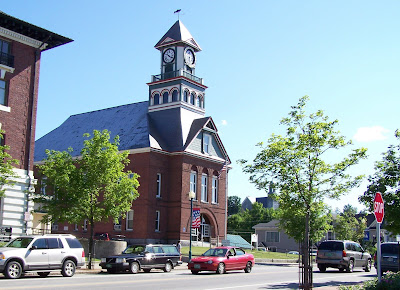 Orleans County Courthouse
Mr. Mosher and his wife both know D and M from school. He didn't remember me from last May when he signed Marie Blythe for me. But he repeated the story of Marie as being true and she is still alive in Brownington. 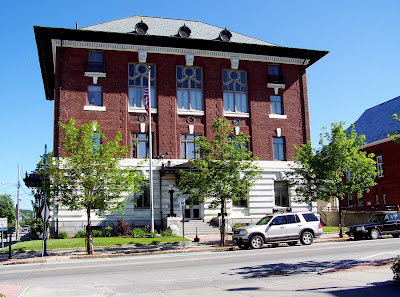 Orleans District Courthouse
He had returned the night before from a ten bookstore tour in Massachusetts and the next day he was leaving for a one hundred city tour. He didn't want to go because the weather in Vermont is the most perfect that you can find anywhere in the world in the winter. 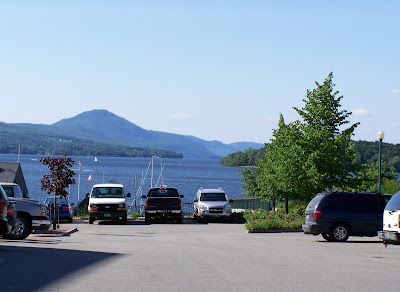 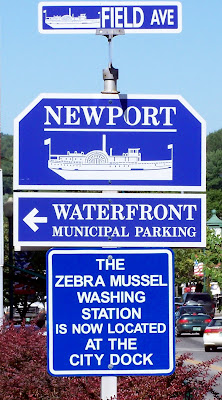