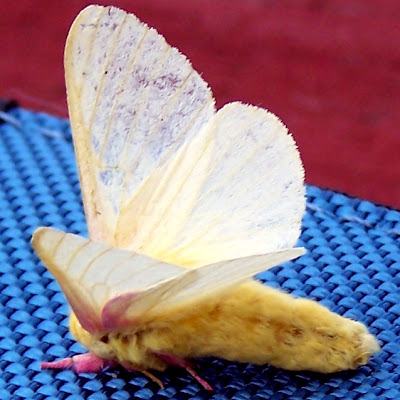 It was a very long night last night. I taught a class at the college until 9pm and then I had to make potato salad for today's cookout at Amy's. I got up early this morning to continue preparing. But on the kitchen window screen was a pale colored moth. I thought it was alive, so I removed the screen to free the animal, and it fell into the sink as if dead (see the bottom photo). I took photos of it, even if dead, and found that it was a beautiful yellow and pink moth. It startled me as it suddenly came back to life. 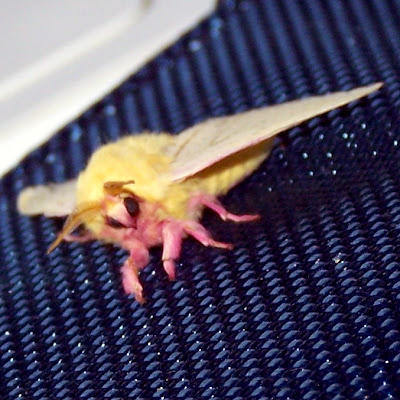 I took more photos of it and then released it safely outside. 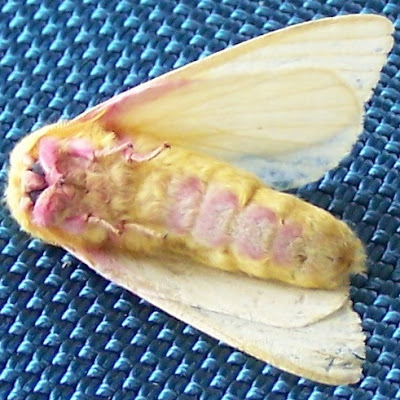 This is how it appeared to me when it fell off the screen.
Wingnut and I searched for "yellow moth" at bugguide.net and immediately learned that this is a rosy maple moth. Apparently my rosy maple is pale and delicately marked. Whether this is because of natural variation or because it was nearly dead is impossible for me to tell.

This was the first moth identifcation that I have made at bugguide without assistance.