Unexpected Drama at the Barton Parade 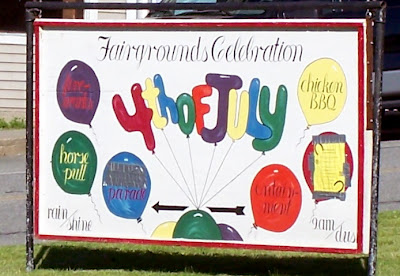 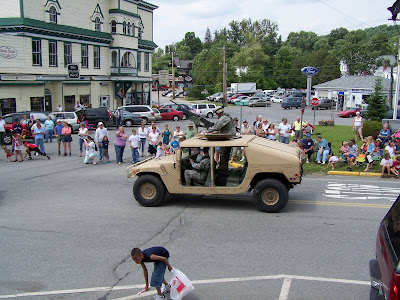 Every float in the parade tosses candy out to the children. Here, Wingnut is collecting candy from the soldiers in this vehicle. Everyone comes with empty bags and leaves with full bags. It's better than Halloween. 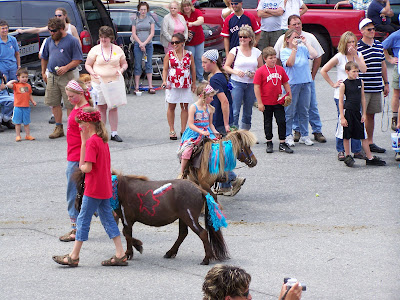 Miniature horses (probably from Evansville) were in the parade. 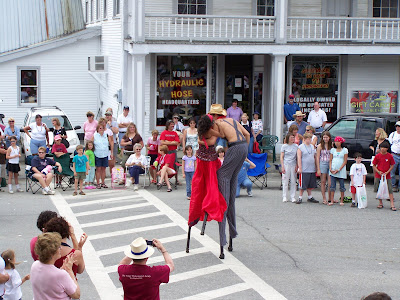 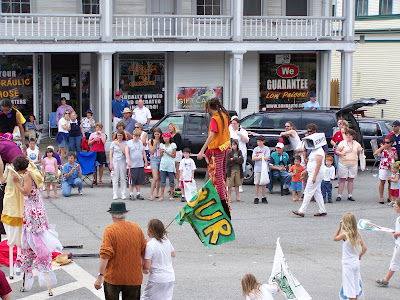 Just after the above photo was taken, the young man stumbled and fell on the young woman. She hit the pavement head first and he fell on top of here. Here, you can see the bystanders looking on in shock as the accident happens. The girl's stilts can be seen on the left. 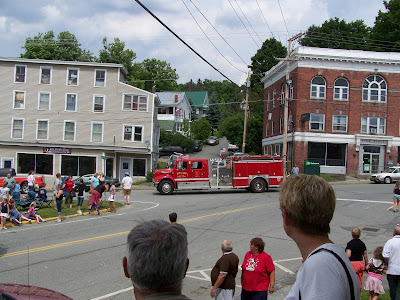 While the sheriff and various EMT units that were marching in the parade helped the girl, we suddenly heard many sirens as the entire Orleans fire brigade and ambulance crew also pulled out of the parade because of a fire on East Street in Orleans. The volunteer firepeople who were in other floats also raced off, leaving the parade. Later, the Barton and Irasburg fire departments also were called to Orleans and they left the parade. 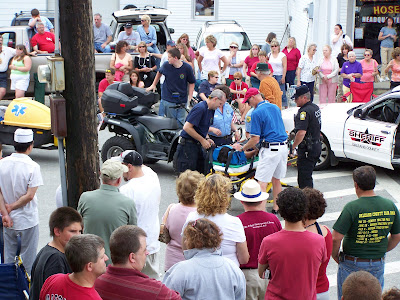 Here, the immobilized girl was on the stretcher and waiting to get on the Barton ambulance to go to North Country Hospital in Newport. She was talking to the EMTs so hopefully she will be fine.

The people who perform at Bread and Puppet are usually attending a Bread and Puppet summer camp and therefore are not from here. This girl is probably away from her family to attend the camp.

My scanner is not working so I do not yet know how the girl is faring or how serious a fire it was.