Verizon and St. Mary Star of the Sea 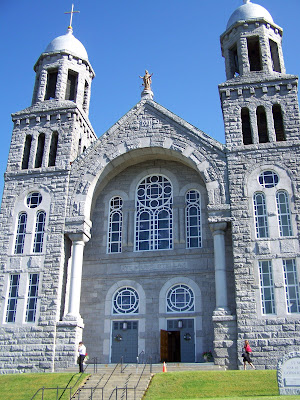 St. Mary's Church in Newport overlooks the entire city on a high hill. Because of this, Verizon sought a contract with the church to install cell phone equipment in the bell towers around 2003-2004. The diocese in Burlington signed the contract, which would give St. Mary's (or the diocese) an estimated $18,000 to $20,000 in income. 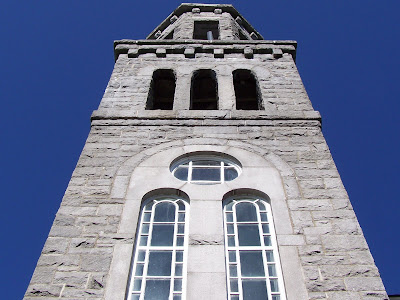 However, when residents in the neighborhood heard about the deal, they objected. They said that transmissions from the towers are detrimental to our health and that Verizon and the Catholic Church could not implement the contract without neighborhood meetings. Which were then held. 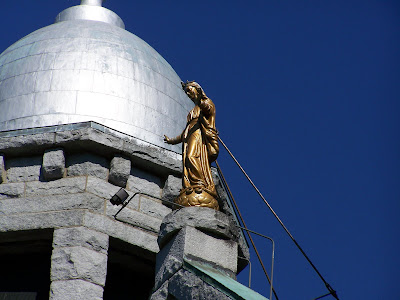 Vermont Public Radio also at that time broadcast a call-in show with Scandinavian "experts". These people told us how radiation from the equipment can heat up the fluid within the cells of our bodies. It is a minute amount of heating, but it is unnatural and, therefore, dangerous. 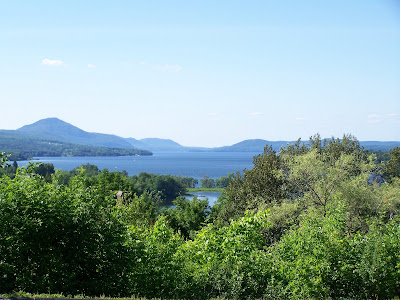 The view of Lake Memphremagog from the church steps.
Verizon was beaten back with testimony such as this. The church lost extra income. There is spotty cell service in Newport. I am not an advocate of cell phones and feel them to be unnecessary (but if you want to give me an iPhone and an AT&T contract for service for one, I will accept the gift valued at $2,500). I think the expert testimony could be challenged and I think the deal with the diocese was a lost opportunity. But I will also fight on to keep cell towers off of Barton Mountain.