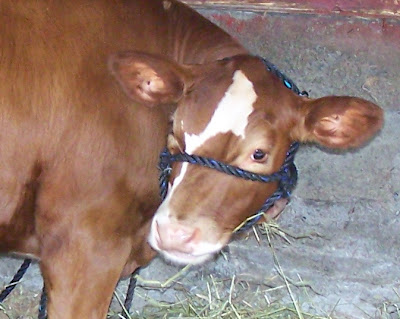 Click on each photo to see them full size in a new window. 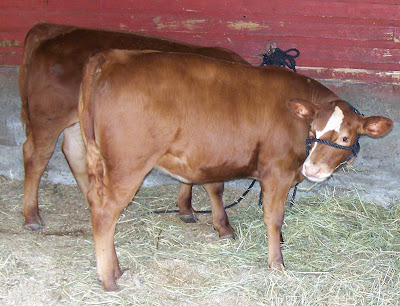 Four month old beefalo. Part of a herd of 200 in Barton.
They hope to begin selling meat in a year (I think).
(Note: read this very short piece about buffalo in the United States.) 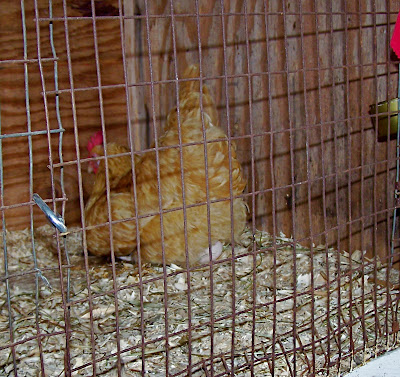 She laid the egg right in front of our eyes! 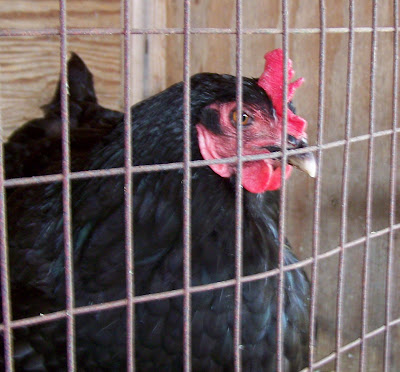 This guy was plenty surprised, too. 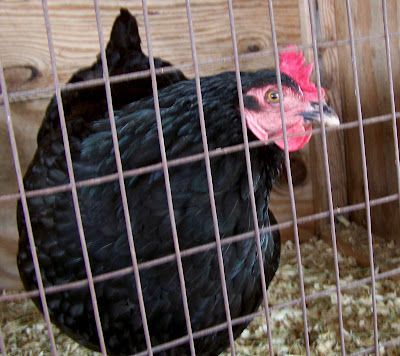 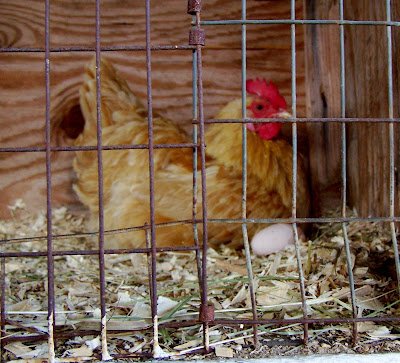 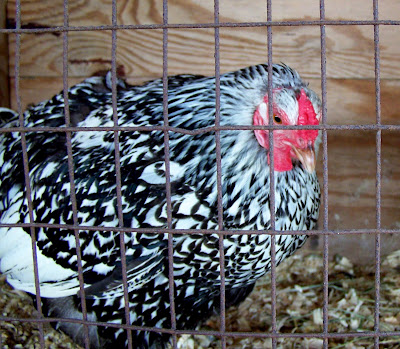 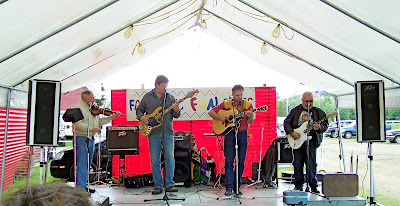 A band in the mini-theater show. 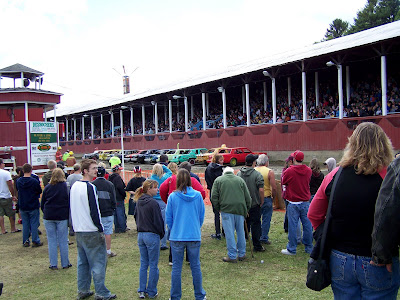 They charged $2 to see the demo derby trials this year. The man at the "gate" to keep people out (I can't believe there was such a gate) of the grandstand was very rude. I asked the old grouch how we were to get into the grandstand and he muttered something. We couldn't hear what he said so we politely waited while he kept the gate open for those who were leaving the grandstand. By the time I asked again, he was nastier than before. He told us "the middle" (which I at least understood because I live here. But what if I didn't live here?). I said, "Oh! OK, thank you." As we turned to leave I saw a security guard approaching us. He backed off as we turned to go. What were they going to do? Bust two middle-aged people for not being able to hear? It was very crude behavior on their part.

I won't pay for what used to be free (unfortunately hundreds of people did pay). So we watched from outside the grandstand. 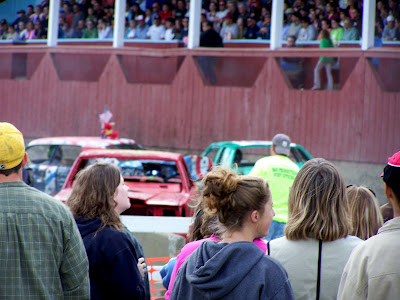 Be sure to read my post of a short history of the demo derby at the Barton Fair here.

Below: the rides. I always like how the hills and the trees are the backdrop for everything at the fair. 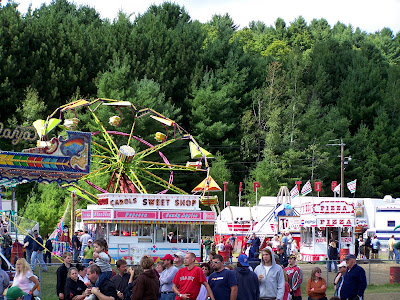 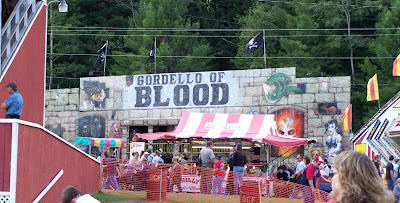