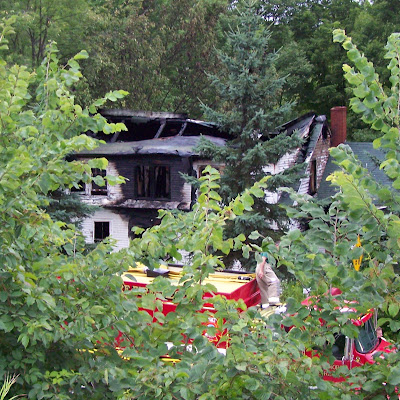 I was detoured through the village of Barton this morning because of a fire that destroyed this house. It was not occupied that I know of; it had been abandoned years ago. The owner then lived in Florida during the winters. One winter, unknown to the owner, a homeless family moved into the house. When the owner got notice that his village water would be turned off because he had not paid the bill, he said that he shouldn't have a bill, because he lived in Florida. I don't know the outcome of that legal battle but the house has never been occupied since then. It had been vandalized over the years, also, and was a sad shell of a once stately home. 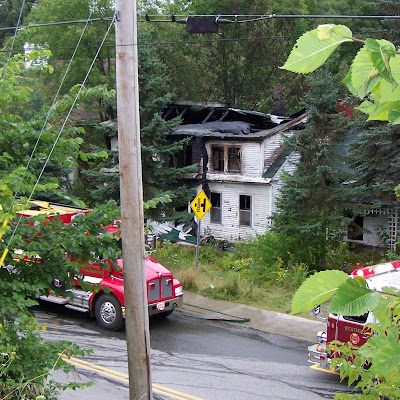 I took the photos from the railroad tracks that overlook the house on Rt. 5 (the upper road of the village).