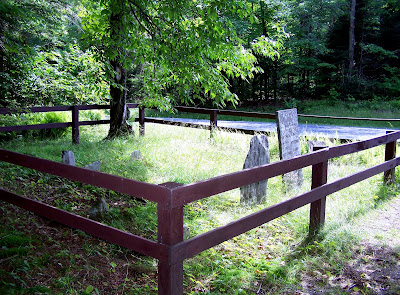 Here lies buried the first and only settlers of Dixville until 1865, John Whittemore and his wife Betsey. Dixville had been granted to Colonel Timothy Dix in 1805 on the condition that thirty settlers be established here within five years. Colonel Dix died in the War of 1812. The town was taken over by Daniel Webster, a sponsor of Colonel Dix.

After the Whittemore's (sic) arrived in 1812 they endured extreme privations for three years. A road through the notch was opened, but not broken out in the winter, causing them to be isolated. In December, 1815 Betsey died. Her husband was obliged to keep her body frozen all winter before he could bury it. Following her death John moved to Colebrook where he lived until his death in 1846. He was laid to rest here by his wife's side.

The other graves were not identified. 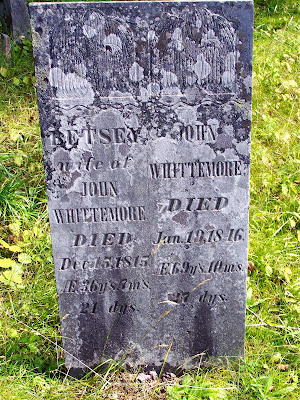 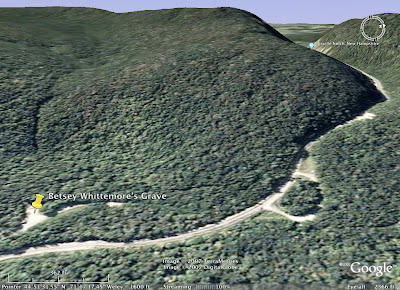 Google Earth view. To download the .kmz file so that you may view in your Google Earth, click here.