The Powder Kegs In Concert 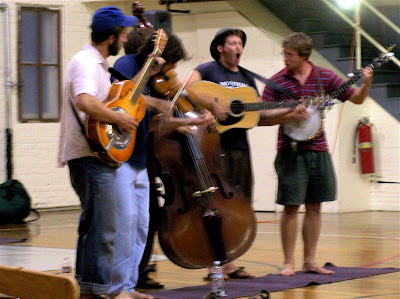 The Powder Kegs are one of my favorite groups. I heard them on A Prairie Home Companion in April when they won the 2007 Talent Contest. I immediately bought their album, The Seedhouse at the iTunes store.

Last Thursday, August 9, they appeared in Newport to benefit the Goodrich Memorial Library. About a hundred people showed up for the concert in the Newport police building.

Unfortunately, because of my wet lens and wrong settings, my photos of them are pretty poor. But I found that they have a Flickr account, so go make them a contact (they have none!) to keep in touch with what they are doing. 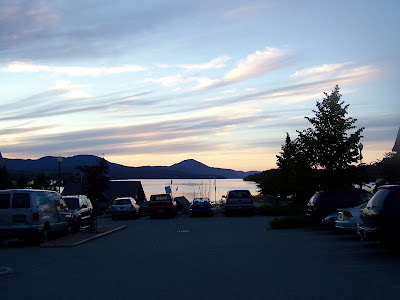 It was a beautiful night in Newport. The band was late because of car problems. They set up way at the end of the police gymnasium and then played one song with the microphones. They immediately turned the electronics off and moved up close to us in the audience, which won them tremendous applause. The double bass player was especially personable.. 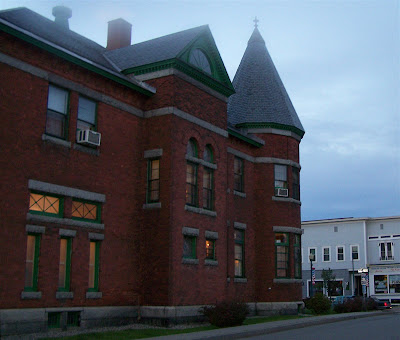 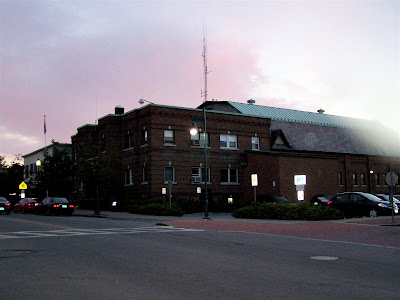 The Newport police stations and municipal building. The concert was held in the huge section in the back with the big roof, which is where the police gym is. 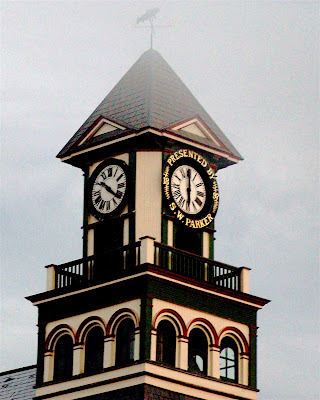 The clock tower of the Orleans County Court across the street from the police station.

After the concert, I picked up Mousie at Amy's house and went home to a great weekend.