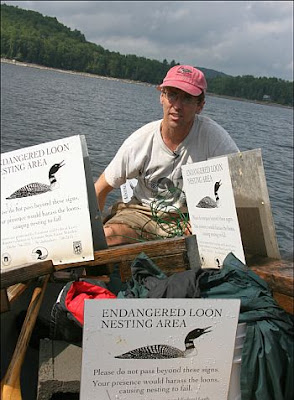 Loons are swimming and flying birds. They leave the land after birth and may not touch land again for seven years, when they have their first chicks.