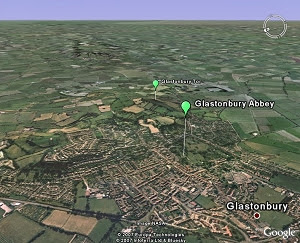 Glastonbury - Van Morrison & Corinne Bailey Rae at ‘Somerset’ Bob’s Place
Another great Google Earth post from Bob. Bob and Marcy went to a concert at the site of an abbey that was built in 1191. New Englanders are proud and boastful of our old dates here. We go back to the seventeenth century and think that's pretty ancient. We got nothing on the United Kingdom.

My father and I read a book that described life in England in the year 1000 AD. I think most people should read it because it is fascinating. So go check out Bob's post on ancient (and modern) England.