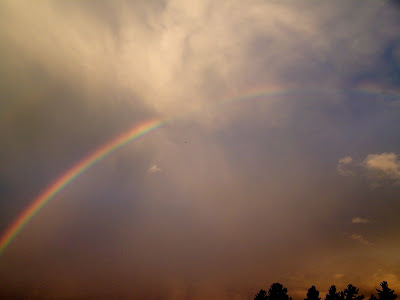 Because of the heat, the death of Kitten, and stress caused by Anna's deep sadness, I was not able to sleep except for three hours on Tuesday night. I gave up at 4 AM on Wednesday morning and let the cats out into the dark. Fifteen minutes later, I happened to look out the window. In the side yard, Buddy and Zorro were playing and actively interacting with a skunk! (If you don't remember my other adventures with skunks, you can click here and here if you care to read about them.)

The skunk had been trying to dig up grubs but the cats kept pouncing on it as if it were another cat. The skunk was irritated and pounced back. When she did that, the boys thought she wanted to play and pounced again. This kept up for quite awhile. I experienced a meteoric rise in blood pressure. The cats and skunk were close enough to the house so that I was hesitant to close the windows because the noise of closing them might trigger a skunk hit.

What do you do when you don't know what to do? Walk away. So I did. When I returned to the window fifteen minutes later, the gang had gone somewhere else.

Two hours later, driving down my road, I saw this rainbow that arched over the entire town of Barton from Orleans and my mountain to Barton Village. Kitten's rainbow bridge.