Worldless Wednesday: The Second Vermont Republic at The Bread & Puppet 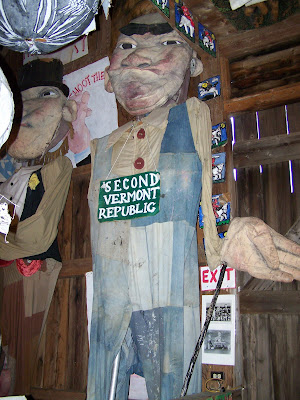 All text is from Wikipedia:
Vermont Republic:
"The Vermont Republic was a North American independent republic founded in 1777 and continuing until 1791, when it became Vermont – the fourteenth state of the United States."