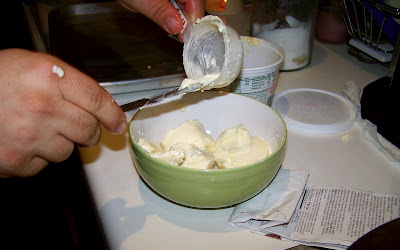 Don't do this! He used some vegetable spread that isn't even margarine. Butter is the only thing one should use. 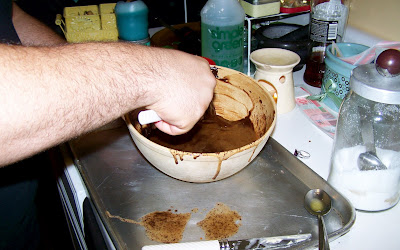 He mixes. He stirs. 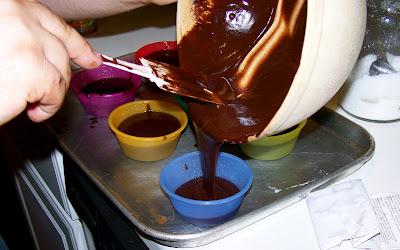 He pours the batter into the silicon lava cake forms. 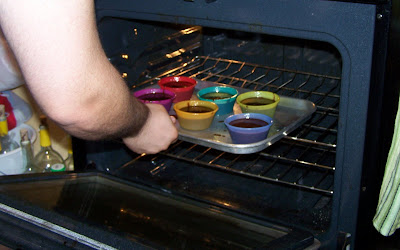 He bakes. He put the timer on (after I reminded him) but we didn't pay attention. We were talking, laughing and having a good time while they baked. 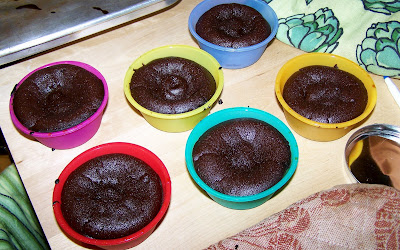 They are done! Timing is critical with lava cakes. There was no fudge sauce in these. 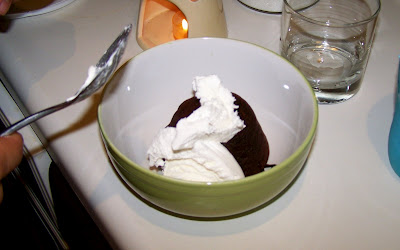