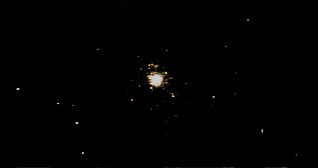 M53 Globular Cluster; Neal photographed this in Vermont
in the 1980s with his telescope and Nikon. 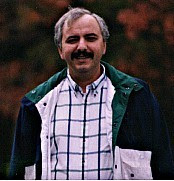 I seldom post personal things but this will be the exception. I may even delete this post in the morning. I had a long nap today and dreamt a beautiful dream. I was in the home of someone unknown who was close to me. Other family was there. And in the door walked Neal, my late husband. He had not been dead after all. He had been lost. I could even feel him and smell him. He looked exactly as he does in this photo above, taken only three years before he died. I took the photo on his Nikon non-digital camera as he taught me how to use it (the lessons never stuck).

The dream was so vivid and my grief began anew when I awoke and found it was not true.
When will I ever recover from this sorrow? 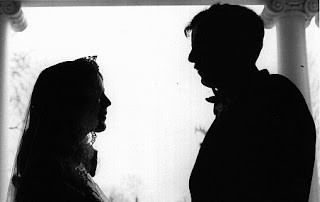 Keith Jones, the minister at our wedding, took this photo of us in 1971. 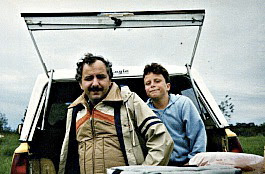 Neal and Andrew in 1982 in Charleston, Vermont when we camped on my father's property. 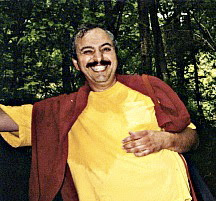 Neal's last hike. The Devil's Gulch section of the
Long Trail in Jeffersonville, Vermont; 1993.
It was a very difficult hike for him because he was sick.
I was really worried that we would have to get help but he did it. 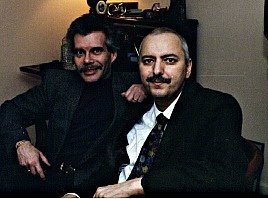 Neal and his lifelong friend, Ric, at a reception
to celebrate the renewal of our vows; March 1994.
We had been married exactly 23 years.
Neal was in the last stages of Hodgkin's Disease (a type of lymphoma).

Email ThisBlogThis!Share to TwitterShare to FacebookShare to Pinterest
Labels: meeyauw