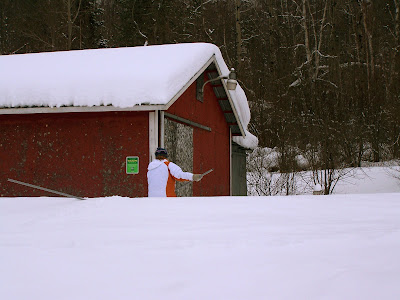 I finally got a snow rake in Glover at Currier's store. Amy put it together and promptly started to rake the roof. The forecast is for rain, of all things, on Sunday and Sunday night. The snow will absorb the rain water, weighing the roofs down and threatening collapse. Nearly everyone is out raking their roofs today in anticipation. The snow rakes were sold out in Barton, Orleans and Evansville. But the Orleans store found one for me in Glover. 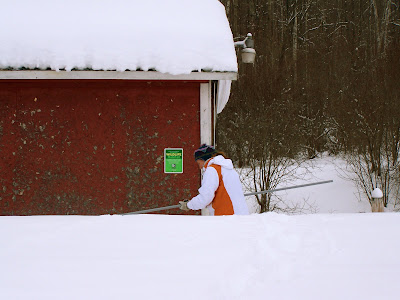 The snow is up to our waists here in front of the barn. I taught Amy how to use the rake (by gradually removing snow from the outside edge of the roof and moving up). Amy refused to take photographs so all the shots are of her, not me. 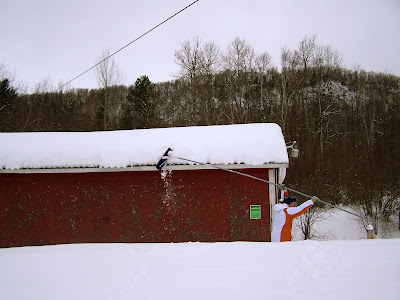 Here, Amy is getting the rake onto the roof. It turned out that the snow is very thick, heavy and deep, and iced to the metal roof. It was impossible to get much down. We gave up on the barn roof. 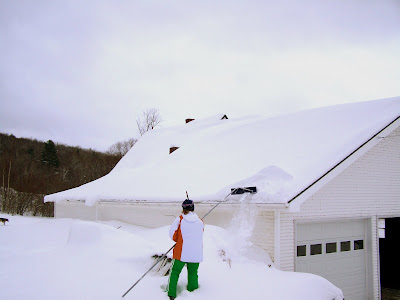 Amy then climbed over to the garage roof. Part of the garage roof is metal, so we decided that the rain will warm the roof and the snow will be released quickly. 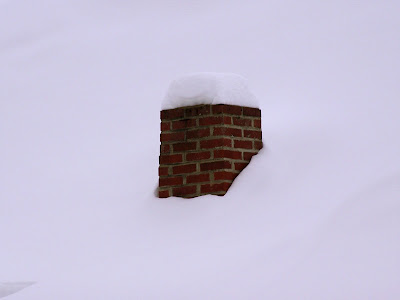 One of my chimneys: it is from one of the newer additions to the house. 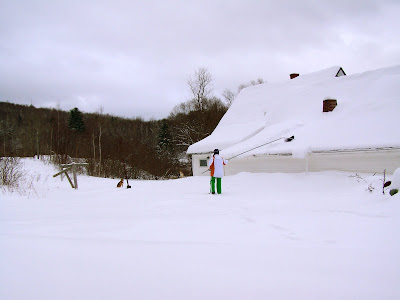 A wide angle view of the back of the house and the deep snow. I had no idea that the snow was as deep on the ground or the roof. Directly in back of the garage, it is a manageable depth. 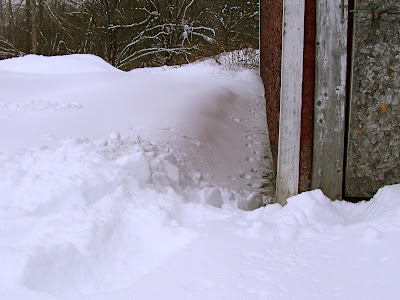 Back at the barn, there are tracks of a cat. Not my cats because they refuse to go out for any reason whatsoever. 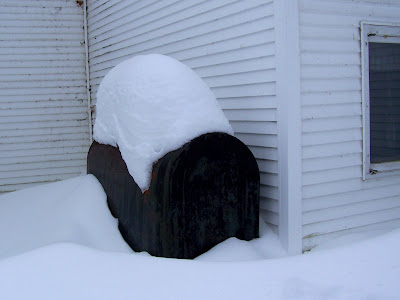 The kerosene tank, which is empty this year. Who can afford kersosene and oil? The snow has melted enough for you to see the tank. It has been buried the past couple weeks. 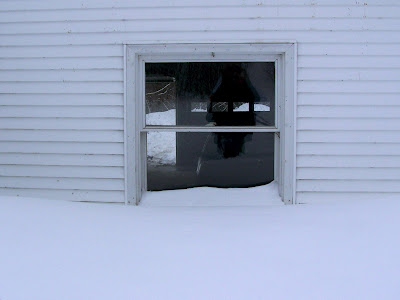 A reflection of me taking photo through the back window of the garage. Amy's car is directly in front. Mine is unseen in the open bay. 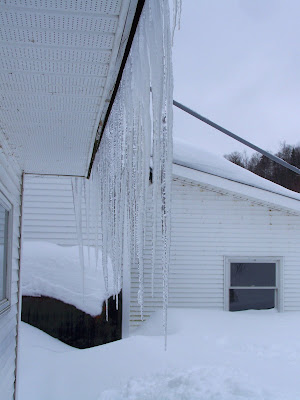 A view from the back door to the tank and garage window.
All photos will open full-size in a new window when clicked.