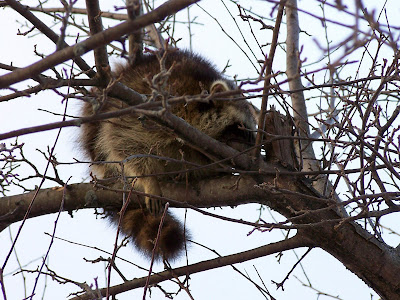 I check the bird tree every morning at dawn and this morning saw what looked like a squirrel nest that had not been there yesterday. Being three-quarters asleep, it took me a few seconds to realize that it was two raccoons way up at the top of the little tree. I have posted these photos in reverse chronological order. 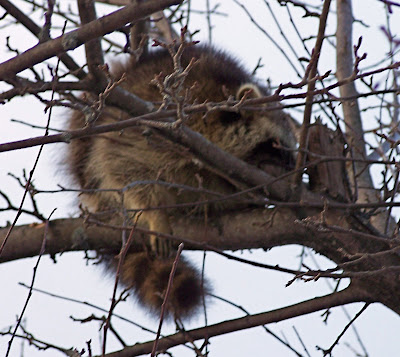 I took photos outside in my jammies, upstairs after knocking the screen out of the window, and from a chair with the window open downstairs. The sun was just coming up, and not being conscious, I used poor settings. 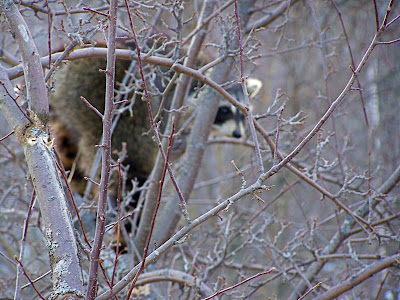 My activity disturbed one raccoon which left. But as she left, she crawled all over the other, making sweet, soft plaintive sounds as if saying "come, come" to the other. It was very sad. The other stayed so still that I became convinced it had died. But it had not. 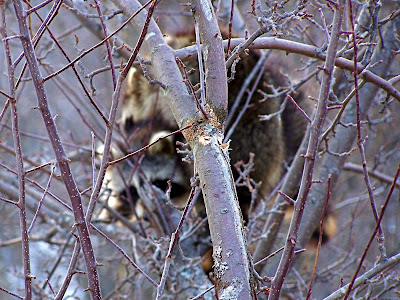 The cats did not like the raccoons in the tree before dawn. But by 7 AM, Buddy was climbing the tree for a better look. Later that morning, a red squirrel went right up on an adjoining branch and scolded the one raccoon that remained. 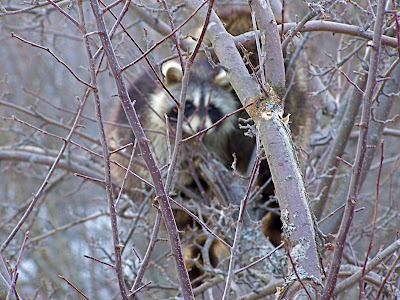 The game warden and rabies hotline said to call back if it were still there after a day. But by midmorning it had climbed down and gone home. 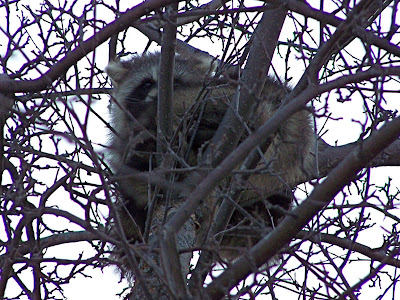 This afternoon, it occurred to me that the raccoons may have been scared by a coyote last night as they ate. They may have been too scared to come down all night long. Amy's dogs don't bother them. They often eat under the bird tree at night as the dogs bark at them. But a coyote running around loose would definitely be a threat. 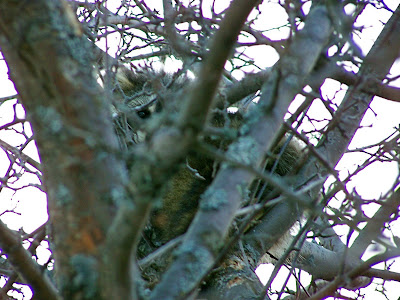 On the other hand, one of these photos suggests a different scenario. Do raccoons do it in the trees?