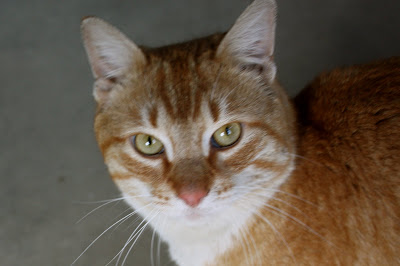 Meet Ozzie: a hungry young male stray — with one double paw! — from the  woods (where'd he come from??). He appeared Tuesday. I never saw him until this morning but I knew a strange cat was here because of the behavior of the Bad Boys. Amy heard him loudly and pitifully yowling late last night and let him in the garage to eat and sleep. Why is he mine? Because it's my birthday and I want him! 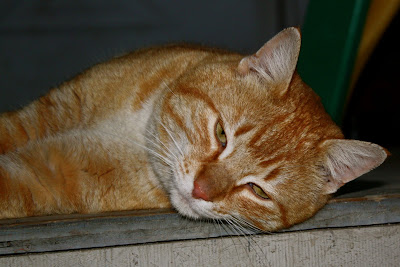 He's going to the vet to be fixed and shot on Tuesday. He spent the day in the woods all day and returned at supper time. I took out the Canon and practiced using program mode with him as he followed me around. Two of the Bad Boys, Zorro and Charlie, came running merrily down the hill in the late afternoon sun and sweet air, when they heard me outside. Then they saw Ozzie playing with me: 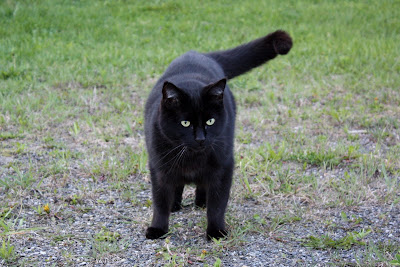 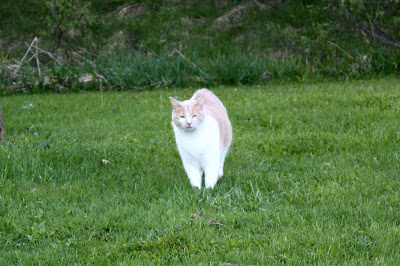 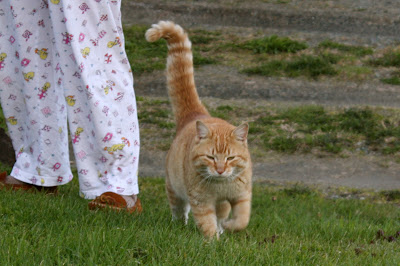 Ozzie, all purring and love as he leaves Amy to run to me and kiss me. 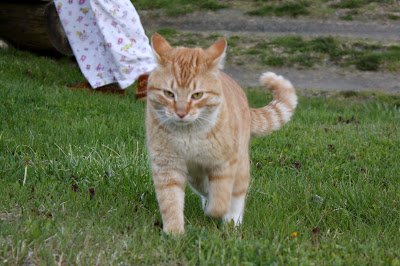 Ozzie isn't as submissive now, is he? Here, he saw Zorro and Charlie. It was obvious to me that the three had already met and already have territory problems. I hope this works out! A new kitty in the family is always a challenge — especially a whole tom.
_/\_/\_
Posted by Andree at 8:37 PM