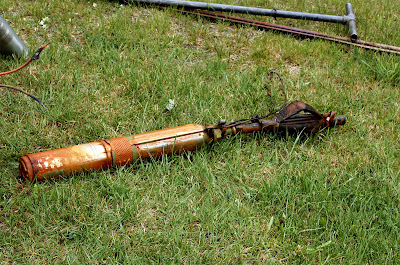 That's the old, bad pump from my well. It stopped working Wednesday (it was originally installed in 1987). My pressure tank was saturated with water due to an damaged diaphragm. That caused the pump to run and run and run and it finally burned out. That's the explanation that the plumbers and the drill guys told me. I never knew the pump was running too much. What I do know is that this is a $1,400 repair (without labor, which was only like an hour or two). I got a day off from work. Yippee? 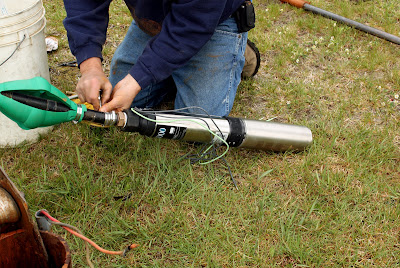 Here, he is taping that green thing to the top of the new pump. 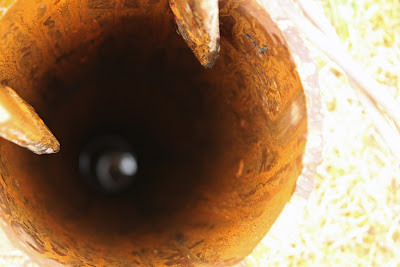 Here is a badly focused view of the inside of the well. 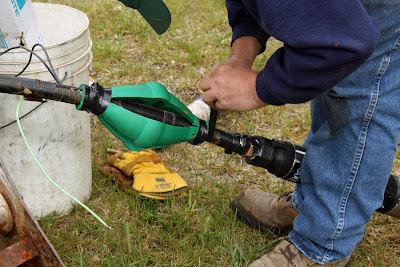 He continues to wrap the pump up. 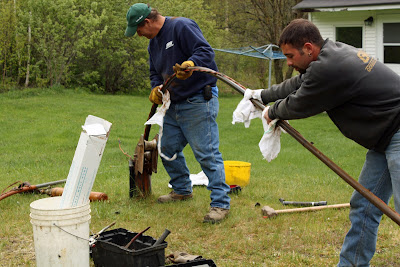 They lower the new pump down the well. 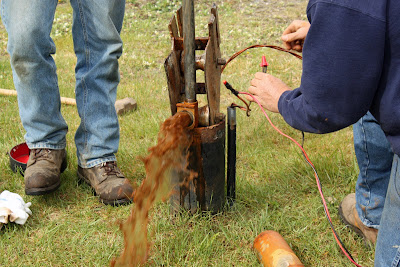 And I have water! The water in the house looked like this for 24 hours. It smells of mud, too. The water is pretty clear now, 36 hours later, but has a greasy feel to it. A friend at work told me today that when this happened to her well this winter, it was a full month before her water was normal again. The humans, cats and dogs here are now using bottled water for cooking, drinking and brushing teeth. I have to go to the store now and get a lot of paper plates.

And now I'm thinking I should disinfect the well, even though the pump men said I'd be fine . . .
Vermont Department of Environmental Conservation: Water Supply Division: Disinfection of Drinking Water