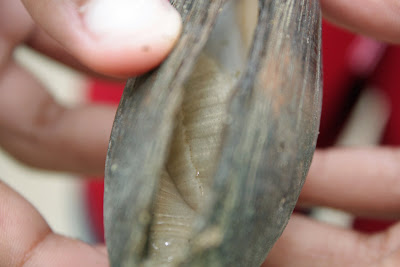 Wingnut found a freshwater mussel on the beach at Pageant Park on Crystal Lake on Monday. He asked me all sorts of questions but I had no answers so he looked them up. The photo above is of the mussel inside the shell. Below is a photo of the mussel in an old kitty litter box in the back dooryard. We think it has died. If it ever was alive when Wingnut found it.

Wingnut related the following information to me from the US Fish and Wildlife Service site:
Mussel larva attach themselves to the gills of fish. They don't harm the fish even though they are parasites (that makes sense: the most successful parasites don't harm the host). Most mussels live on the bottom of streams and rivers. They eat plankton and bacteria. Their foot holds on to rocks strongly so that muskrats have a hard time eating them. 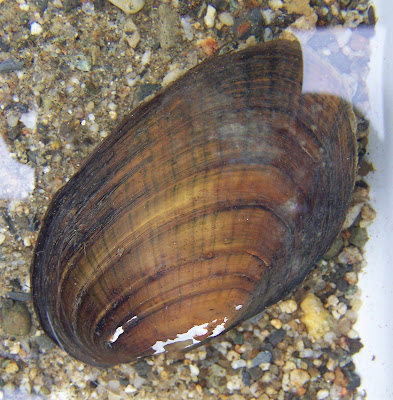 I read the page, too. There are over 300 species of freshwater mussels in the US (but 2/3 of the species are threatened, endangered or extinct), and only 13 species exist in Europe. Only a few species are adapted to living in lakes. 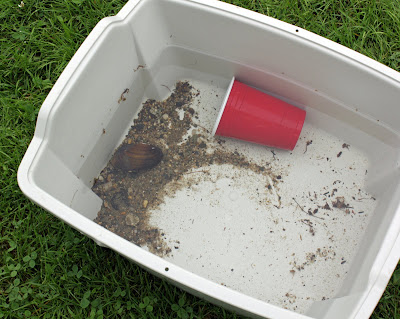