On Tuesday, July 1, Wingnut and I did our first Orleans County quest here in Barton. I am reproducing the text of the quest with Wingnut's photos. Vermont fourth graders study Vermont and local history. These quests were part of a county-wide project two years ago and published by the Stone House Museum. 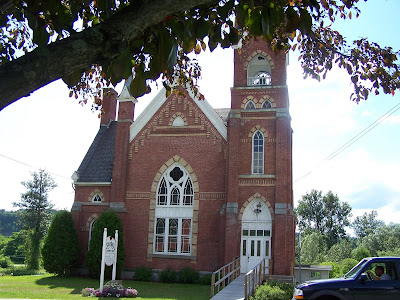 Solid Rock Assembly of God Church, Barton
(formerly the United Methodist Church)
Built in Eighteen Eighty-Seven,
This "solid rock" points straight to heaven.
But, in '47, fire and flame,
Persuaded the Methodists to change its name. 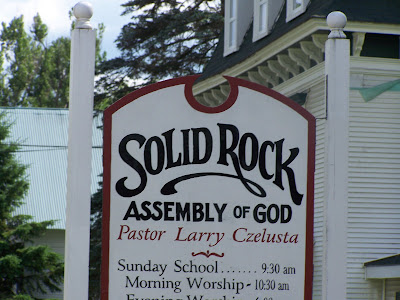 Look at the church, then look to your right.
Your next destination will be in your sight. 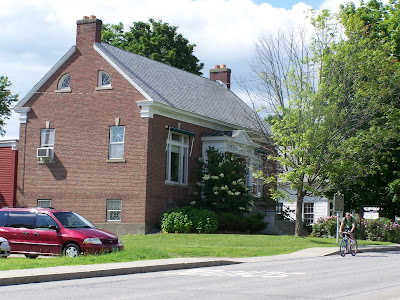 The library was built in the twenty-seventh year,
Stories inside go from ear to ear.
This little brick building brings joy to our town,
When someone walks in, their frown turns upside down! 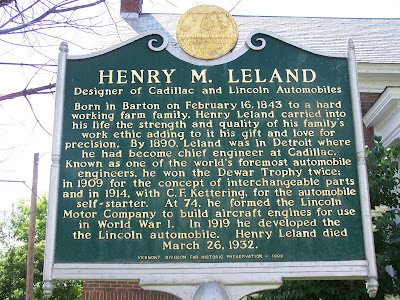 Historical marker in front of the library

If you follow your nose to the Chinese place,
Take your time and do not race. 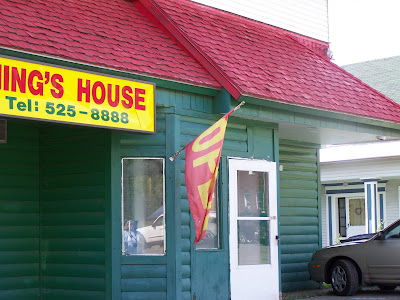 In the distance on your right,
The Memorial Building will be in sight. 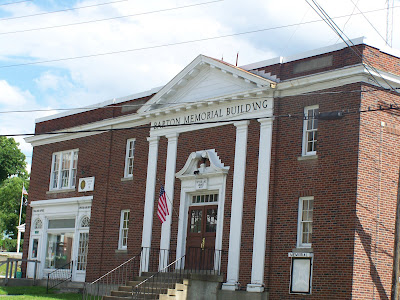 This brick building, a small idea in 1923,
Became a big memorial to honor the military.
In 1929, the Seaver Block burned down.
In 1930, this was built here for the grateful town. 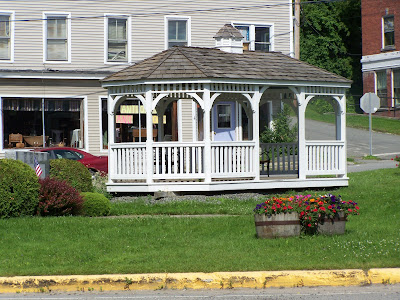 Gazebo on the village common
Across from the Common, our island in the street,
Look for another brick building where bankers like to meet. 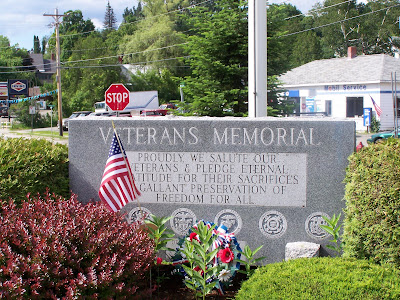 Veteran's Memorial on the village common 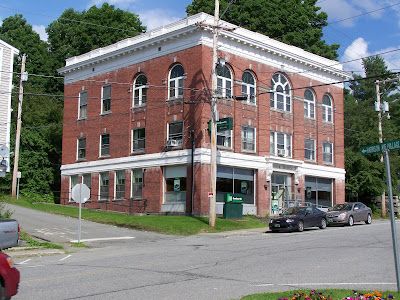 The Bank Block
Behind the building the roalroad rides.
It was built in 1905.
if you were born in 1923,
A millionaire it could help you be. 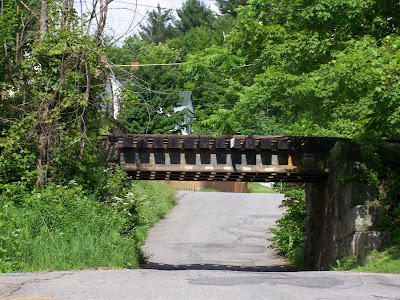 Railroad Overpass
Go past the place where you'd mail a bill.
Turn right at School Street and head back downhill. 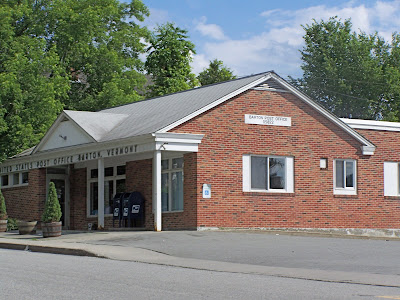 Look to your left and walk to your goal:
A four story building with a big flagpole. 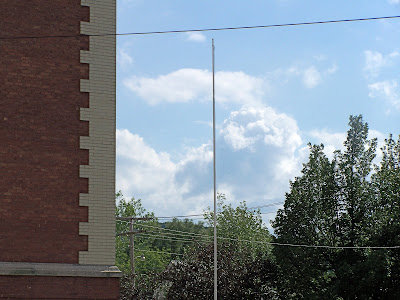 In 1907 this Academy was built,
Of brick and grante — look up — does it tilt?
After sixty-nine years, the town gave permission,
For a cafeteria and gym as a needed addition. 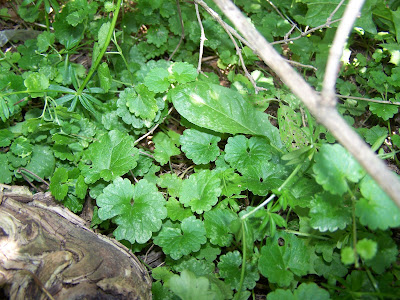 No treasure box under the tree!
The end of the quest: a missing treasure box! We are going to notify the Quest project people about the missing box. 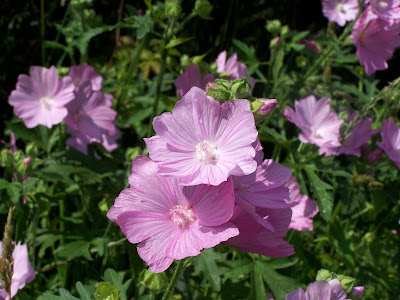