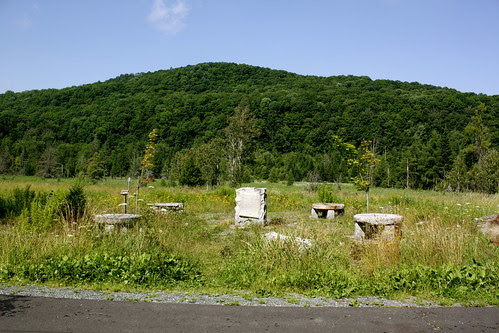 On Sunday, Matt, Wingnut and I did the Glover Runaway Pond Quest. 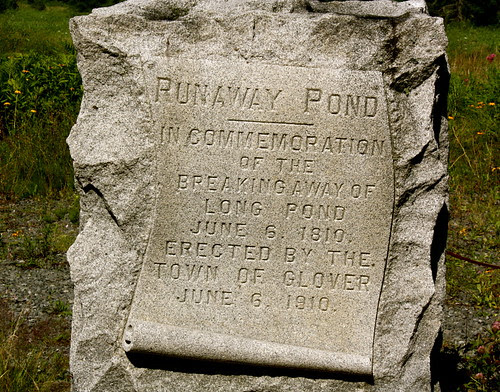 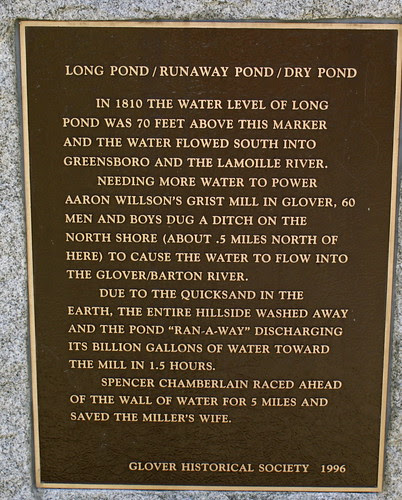 Long Pond/Runaway Pond/Dry Pond
In 1810 the water level of Long Pond was 70 feet above this marker and the water flowed south into Greensboro and the Lamoille River.

Needing more water to power Aaron Willson's grist mill in Glover, 60 men and boys dug a ditch on the north shore (about 0.5 miles north of here) to cause the water to flow into the Glover/Barton River.

Due to the Quicksand in the earth, the entire hillside washed away and the pond "ran-a-way" discharging its billion gallons of water toward the mill in 1.5 hours.

Spencer Chamberlain raced ahead of the wall of water for 5 miles and saved the miller's wife. 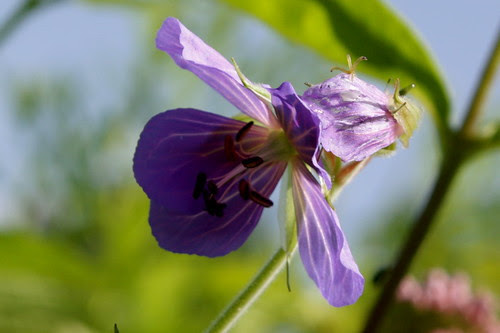 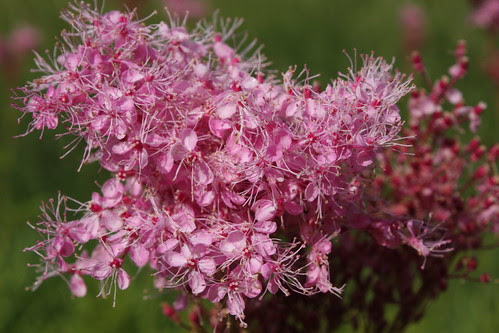 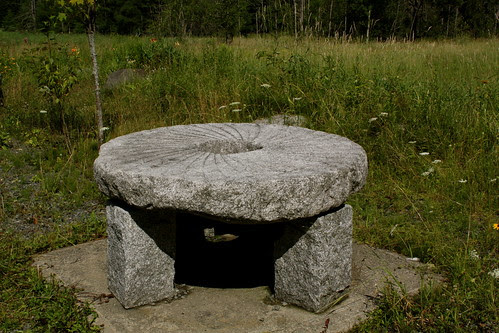 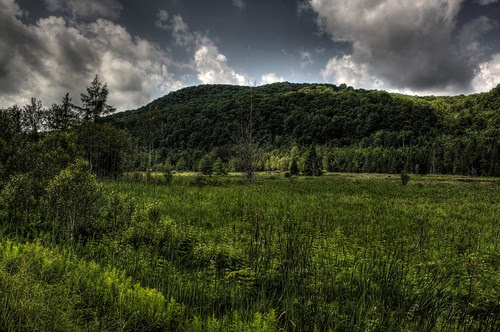 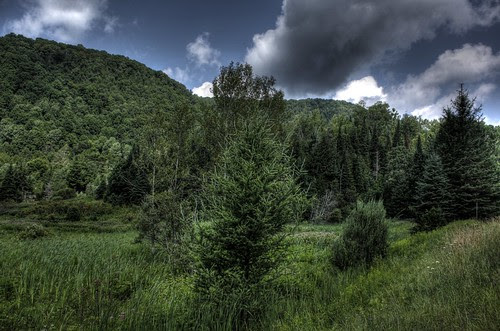 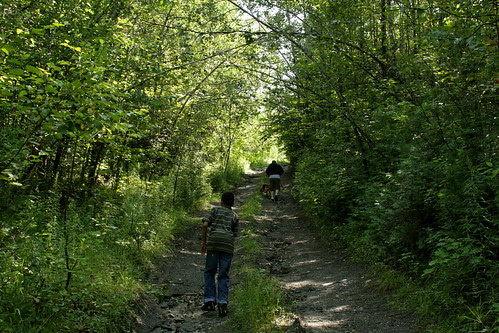 The Old Road to the Clearing where the men and boys
tried to divert water to the Barton River.
The quicksand, where Matt got stuck, is up there. 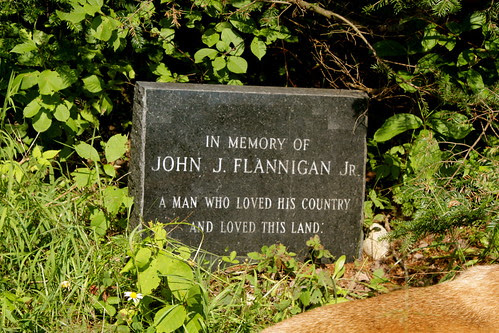 A memorial in the Clearing 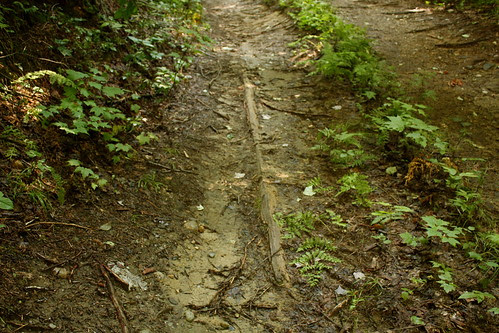 Old woods road in the Clearing.
Woods roads were made out of wood, as can be seen here. 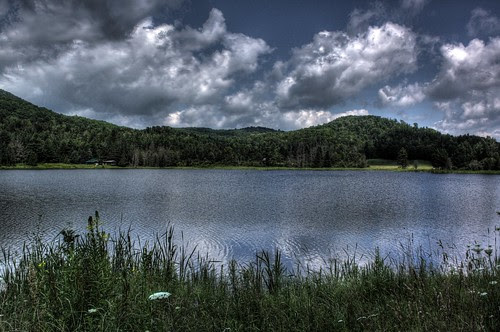 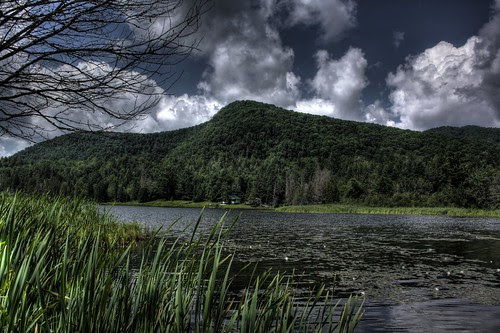 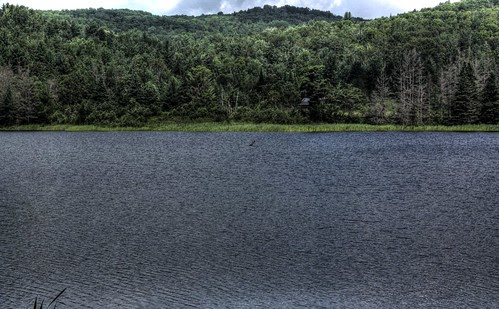 If you look closely you can see an old stump in the pond. This is the last remaining stump of 12 stumps. The twelve trees that were here in 1810 were snapped off by the rushing waters of Long Pond. 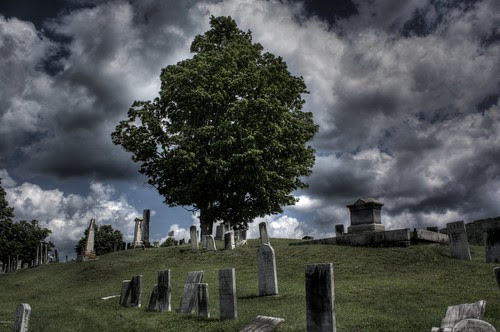 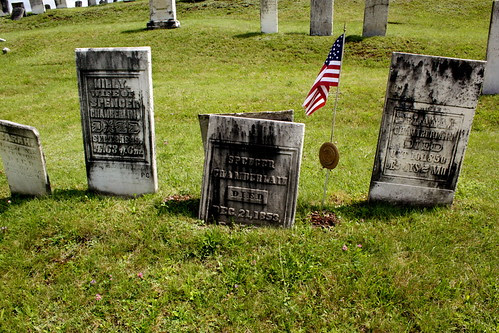 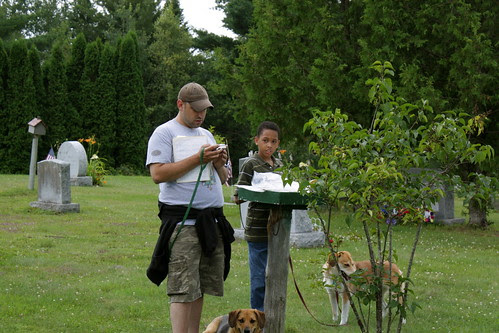 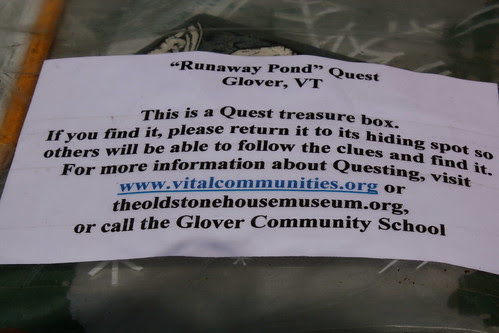 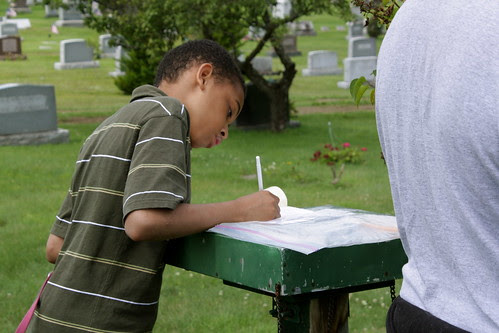 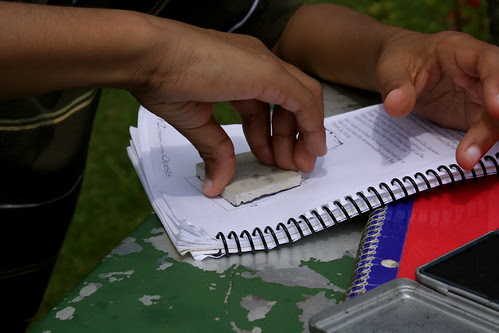