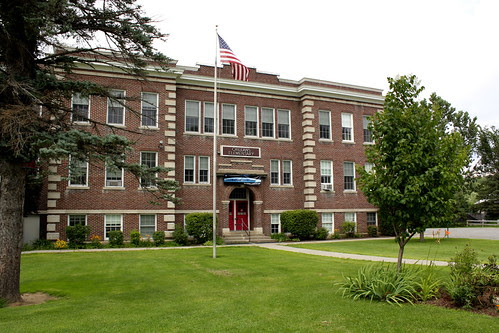 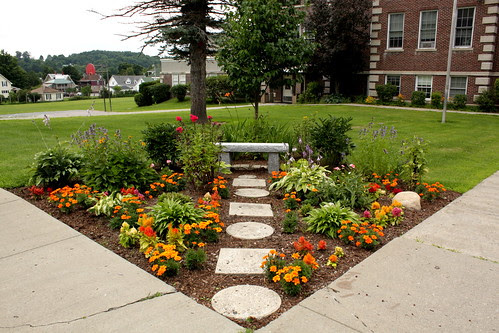 Dana Carbonneau, the principal of Orleans Elementary School, was estimated to be the eleventh person ever killed in Vermont because of a collision with a moose after he hit one in Woodbury on June 13, 2003. The first human fatality was in the early 1980s, said Mr. Hamelin. 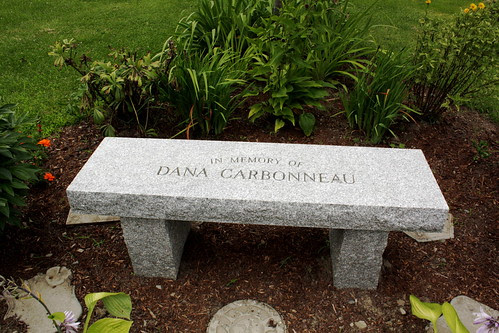 For an excellent article on moose safety, reprinted from the Barton Chronicle, click here. 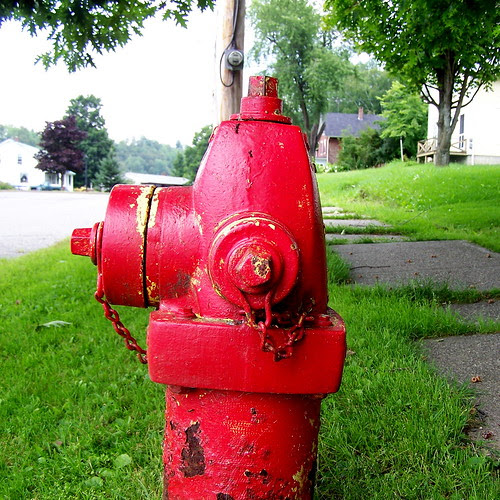 The photo above is by Wingnut. He was very interested in this because it is so different than the ones in Connecticut. 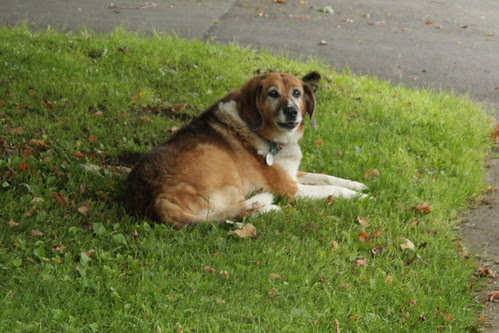 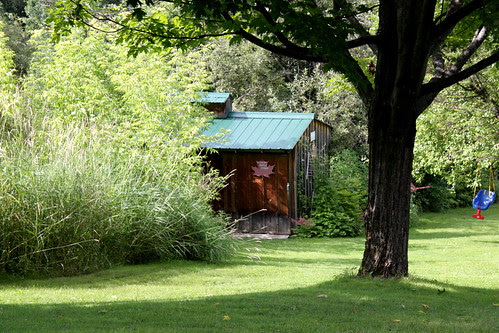 The first log cabin in Orleans, built by Paul and David McNeal in 1827. It is only 15 square feet. There was no sugarhouse vent then, of course. Seen on Cottage St, Orleans in somebody's backyard. 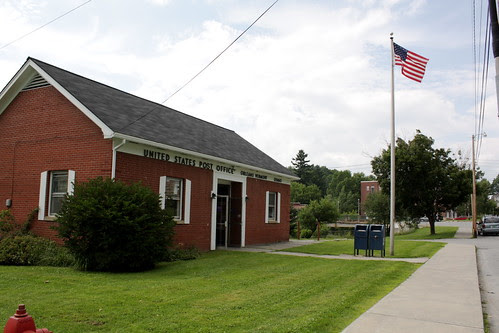 Orleans Post Office
The first church of Orleans and the Orleans Brickyard
were originally on this site of the post office. 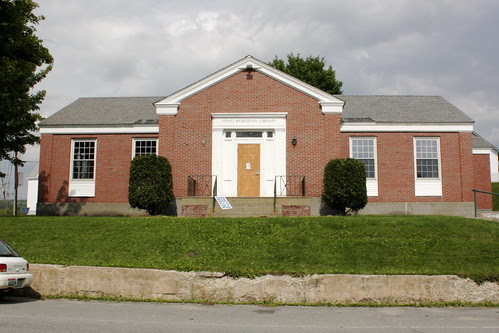 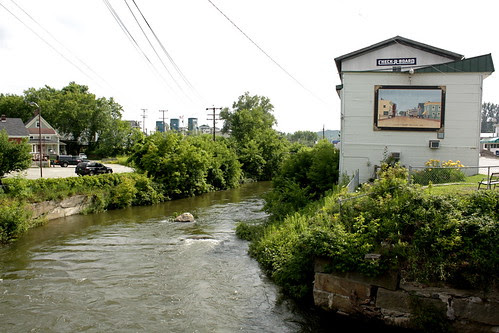 Barton River; taken on the Rt. 58 bridge in Orleans Village 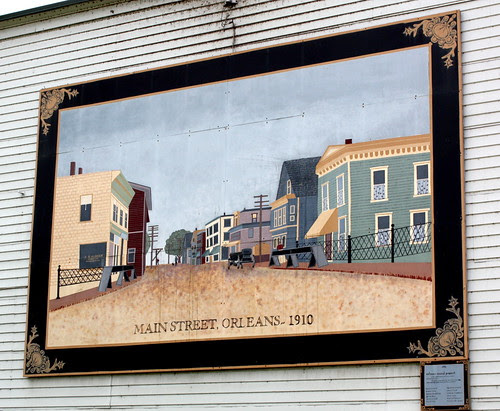 Orleans Mural Project, 1996
Randi left me a comment at Flickr that she helped paint this in school! 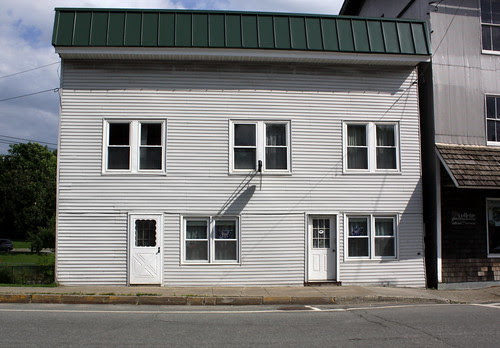 The first blacksmith shop in Orleans. Now this is the Senior Center (the Orleans Mural is on the left side as seen in this photo). 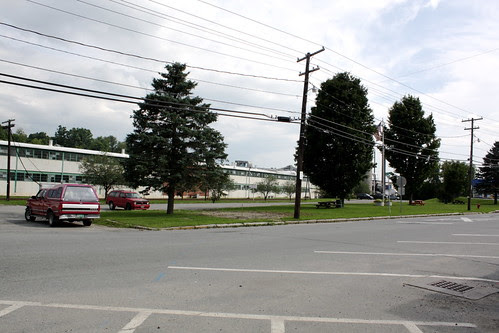 Site of the railroad staton. The factory is Ethan Allen Furniture. The station was in the area of the grass and trees. 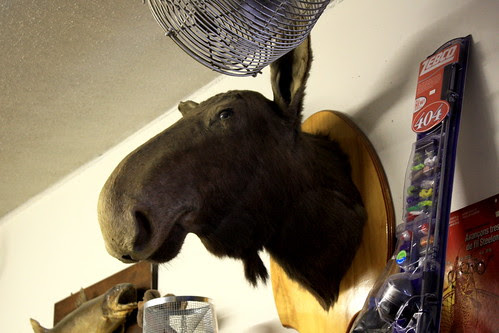 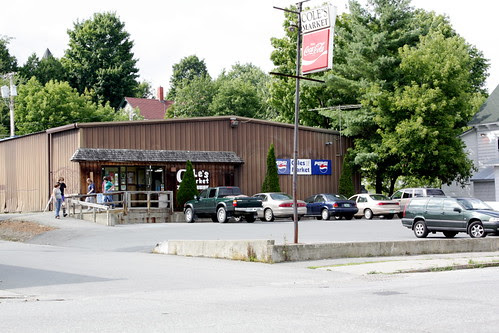 Cole's Market, formerly Orleans's second school, built in 1855. The back of this building still contains part of the original school. 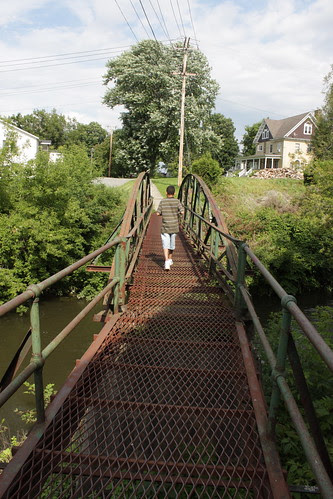 Metal footbridge over the Barton River.
For more photos of this footbridge, click here. 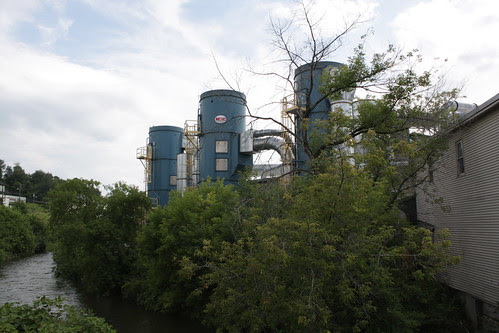 Another view of Ethan Allen from the footbridge. 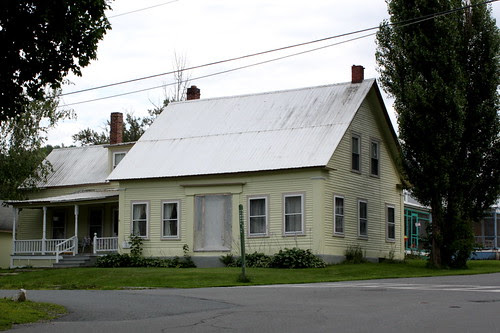 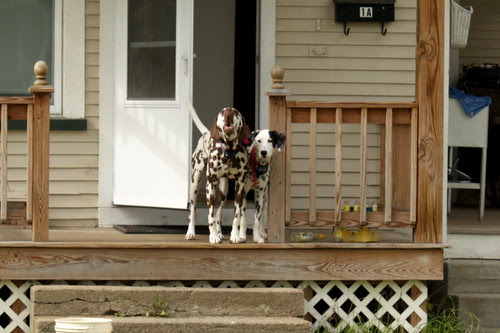 Two dalmatians across the road from the 1855 house. 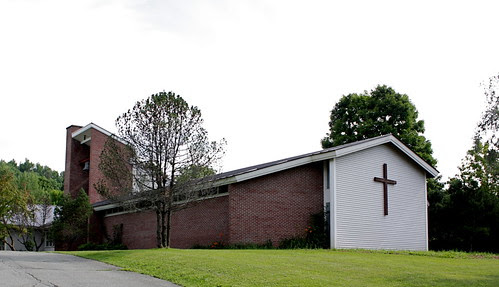 Orleans Federated Church, on the site of Orleans's second school.
You can view this church in winter here. 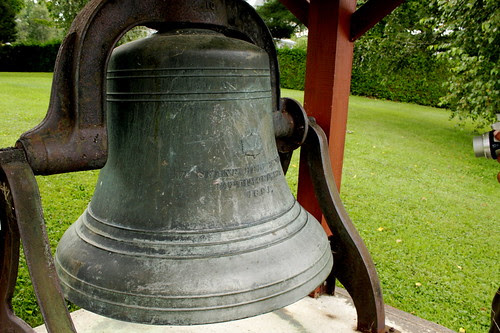 The original bell from the Orleans Church. The bell is engraved:
"McShane Bell Foundry, Baltimore, Maryland, 1891" 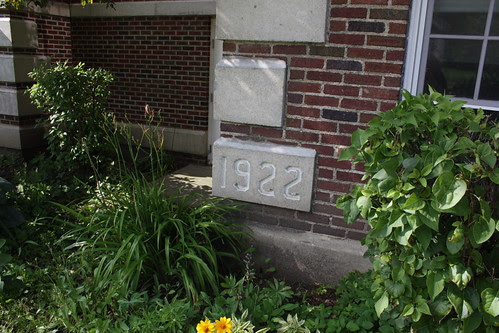 The quest returned us to the school where we began. The treasure box was supposed to be near the cornerstone but was not there. Please see my Flickr Orleans Village Quest Set for a few more photos and to view these photos full size.