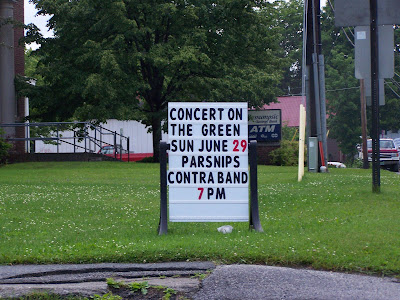 Wingnut and I went to a performance of the Parsnips in Danville on Sunday evening. My friend, Sue, is the flautist for this contraband. A contraband is a band that plays for contradances (a traditional New England folk dance). Unfortunately, there was no dancing Sunday night. I'm sure in July we'll catch a dance somewhere.
Before the concert, I wandered around the edges of the green. I learned that Danville is the home to the American Society of Dowsers. Dowsing is big in Vermont and it is fitting that the home of dowsing is here. Chris Bohjalian, one of our native writers (and an Oprah author for Midwives), even wrote a novel, Water Witches, about dowsing. 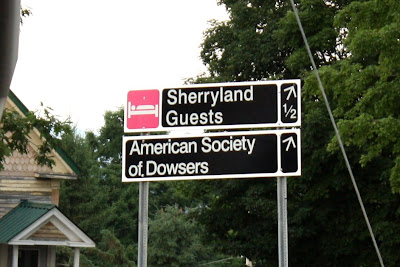 Then I found this historical marker at the end of the green:
(click on the photo to read the fascinating civil rights history) 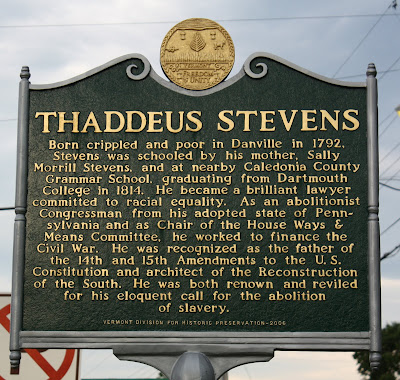 The Parsnips are a sub-group of the Nips, a group of people that began meeting informally twenty-two years ago in Vermont. Nips means "not in public — sometimes." But they began to get requests for dances, so the Parsnips (or "part of the Nips") began. In his introduction, a member of the band said that if they ever tour, they will form the Tournips (get it? turnips?).
Here is a photo of Wingnut making the video (which you can see below) of the Parsnips: 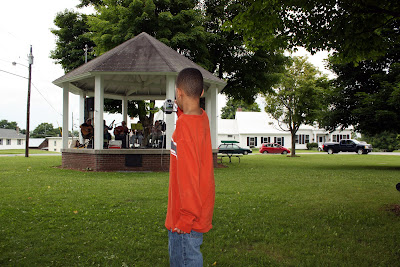 The group Sunday night had four guitarists, a flute (Sue), a banjo, an accordian, a fiddle and a percusionist. Here is a video of one of the songs they performed:

Here is my favorite song of the evening: Nail the Catfish to the Tree (apparently you actually nail catfish to trees when cleaning them) and Turkey in the Straw (recorded outside before the storm):

And then? A thunderstorm broke. We all ran for the Danville United Methodist Church across the road. 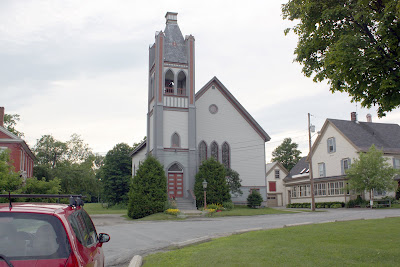 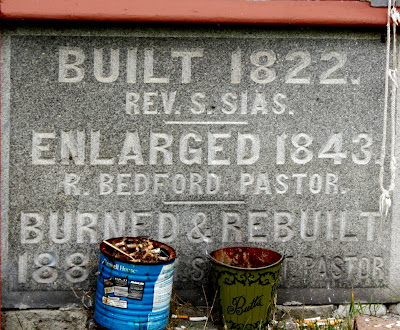 Here is Wingnut helping to take chairs from the gazebo back to the church as the rain is pouring down and the thunder and lighting are all around: 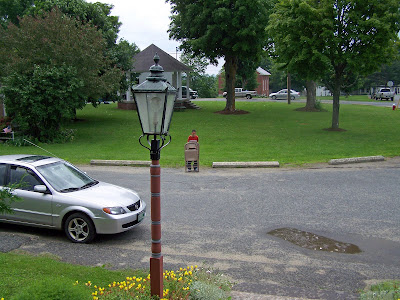 Finally we were all safe and dry inside and the Parsnips continued their music: 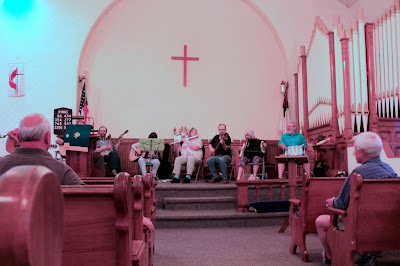