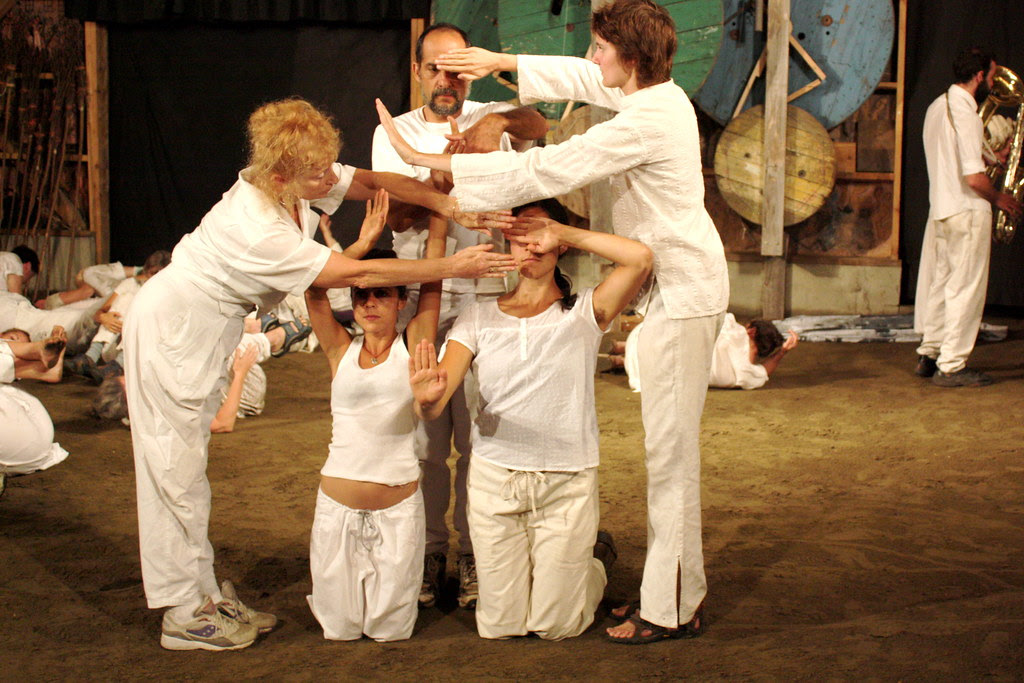 On Friday, August 1, Wingnut and I attended a performance of the Bread & Puppet Lubblerland Dance Company Election Campaign Celebration Dances and the Mass for Not So Funny Things. I have chosen five photos for each event from the four hundred that I took. For more, see the Flickr link at the end of this post. 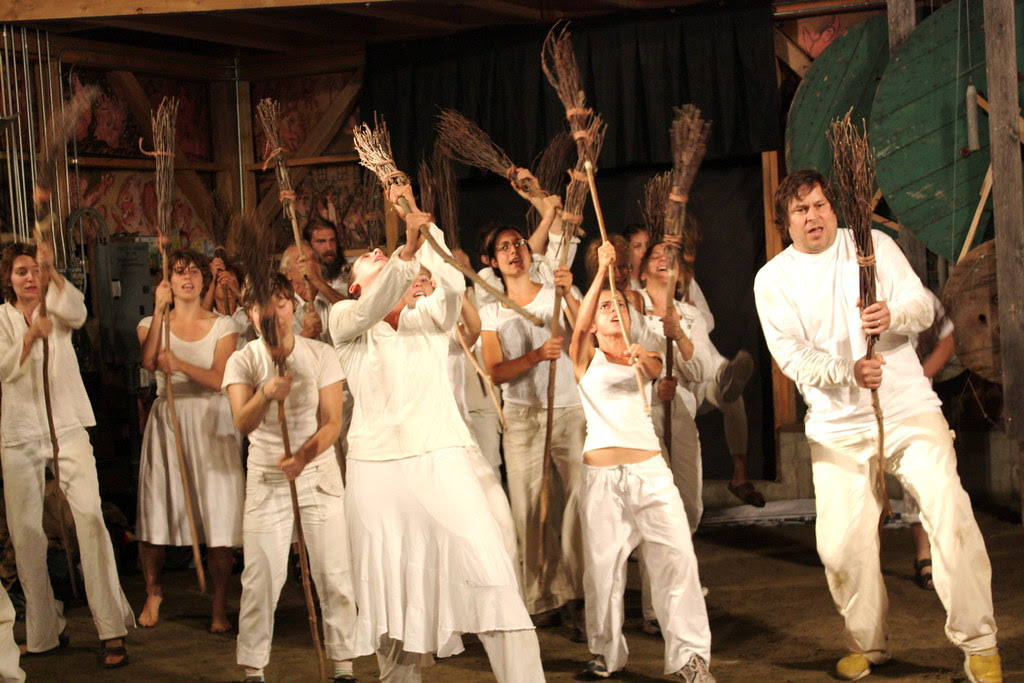 There was no dialogue for the Election Campaign Celebration Dances. But the theme seemed to be that we may think we are glad to have a new campaign and a brand new, honest nominee. But it is really the same old thing. Nobody is addressing the needs of the people the way that they should. I could be completely wrong about this theme. I wish there was a handout explaining it for folks like me. 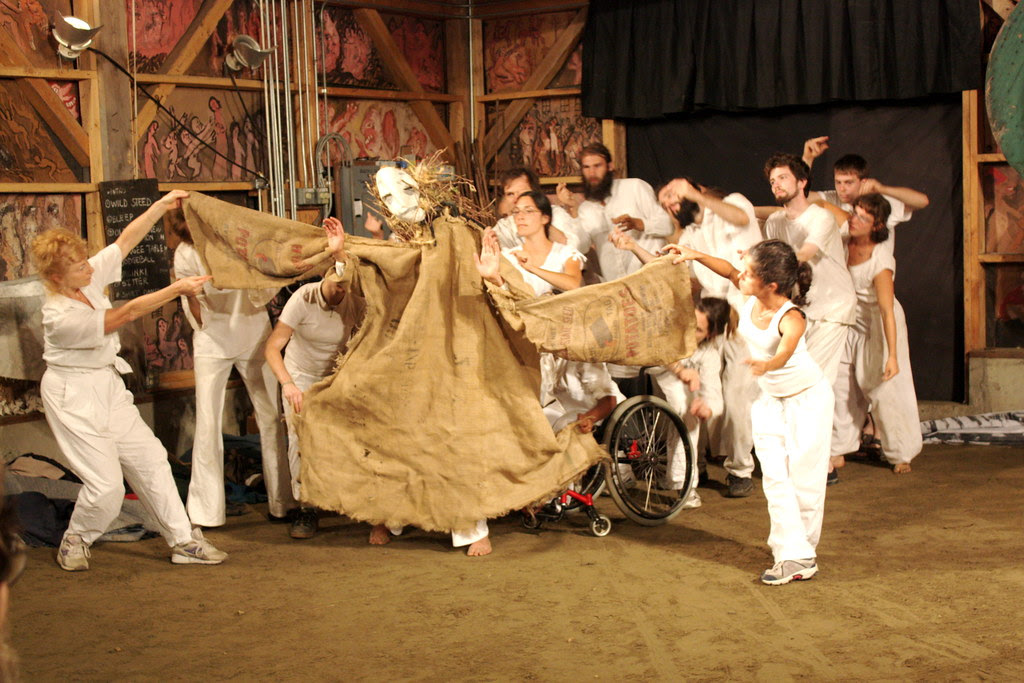 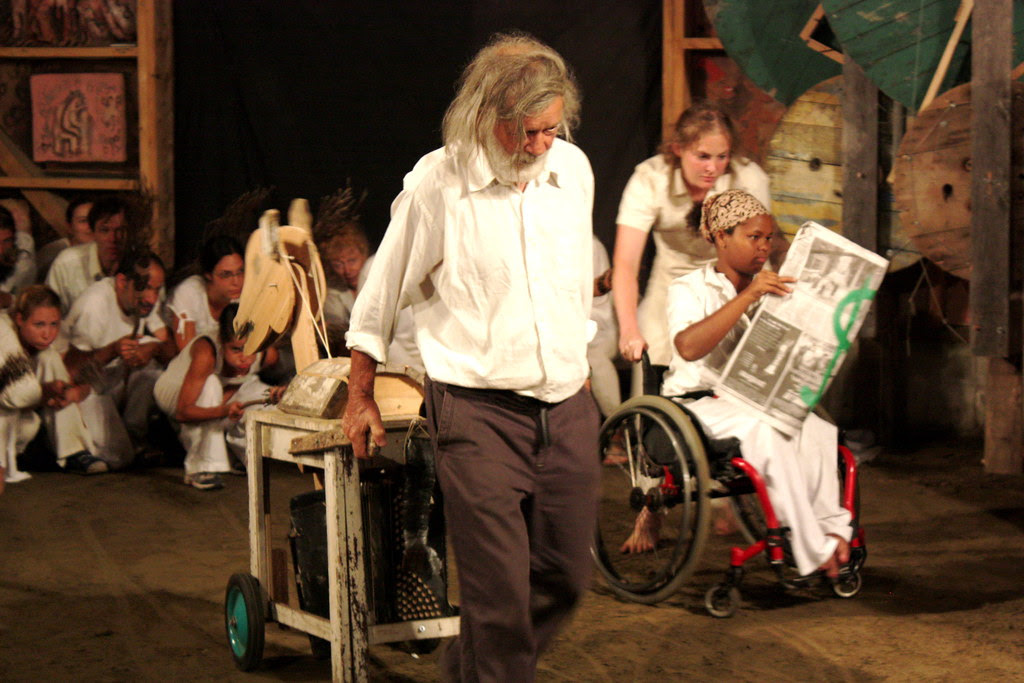 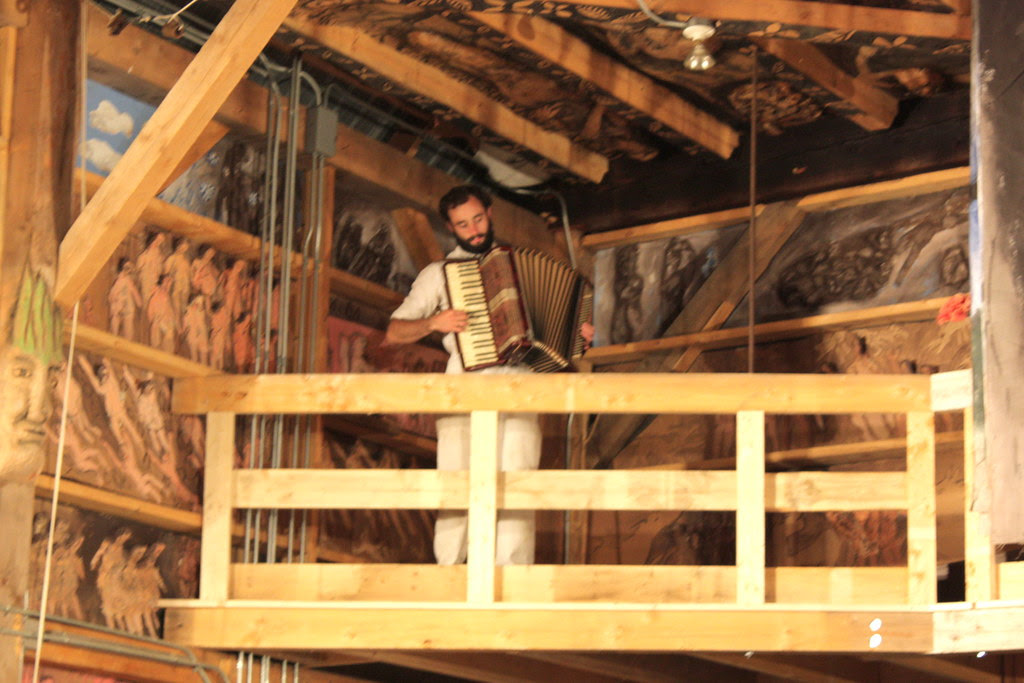 Below are the photographs from the Mass. I understood the mass. It was narrated and the message was clear to me. The scripture reading was from the Declaration of Independence. At communion, the scripture was fed to the politician puppets.

A thunderstorm raged outside during the mass. At the end of the program, Wingnut and I walked down the dirt road alone in the dark (we were the first to leave because of the storm) and found the car just as another storm broke. It is still raining a week later! 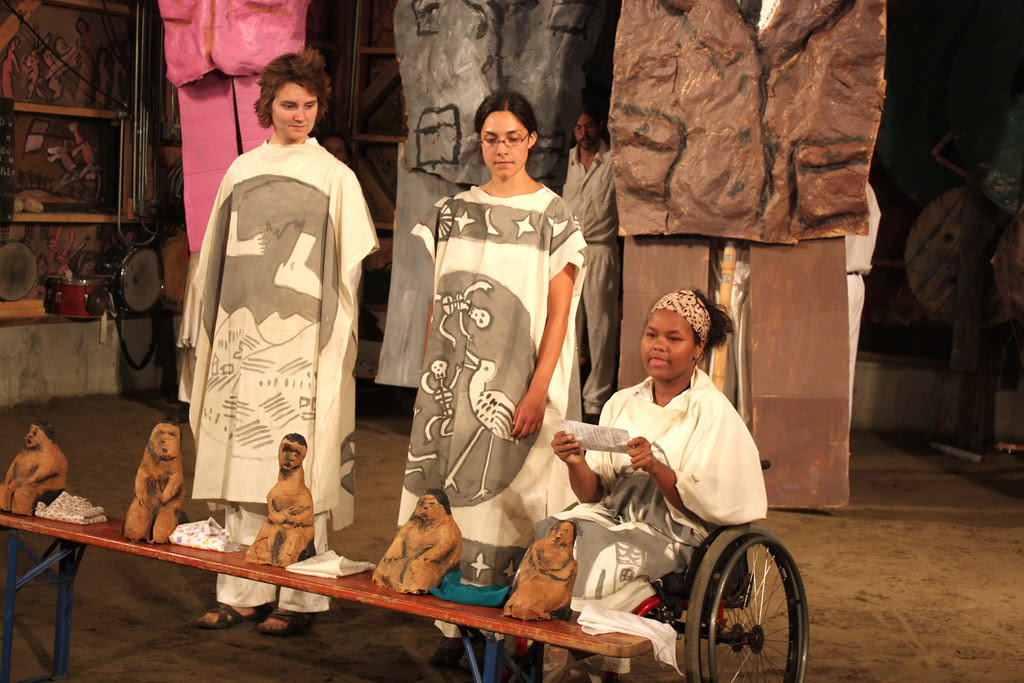 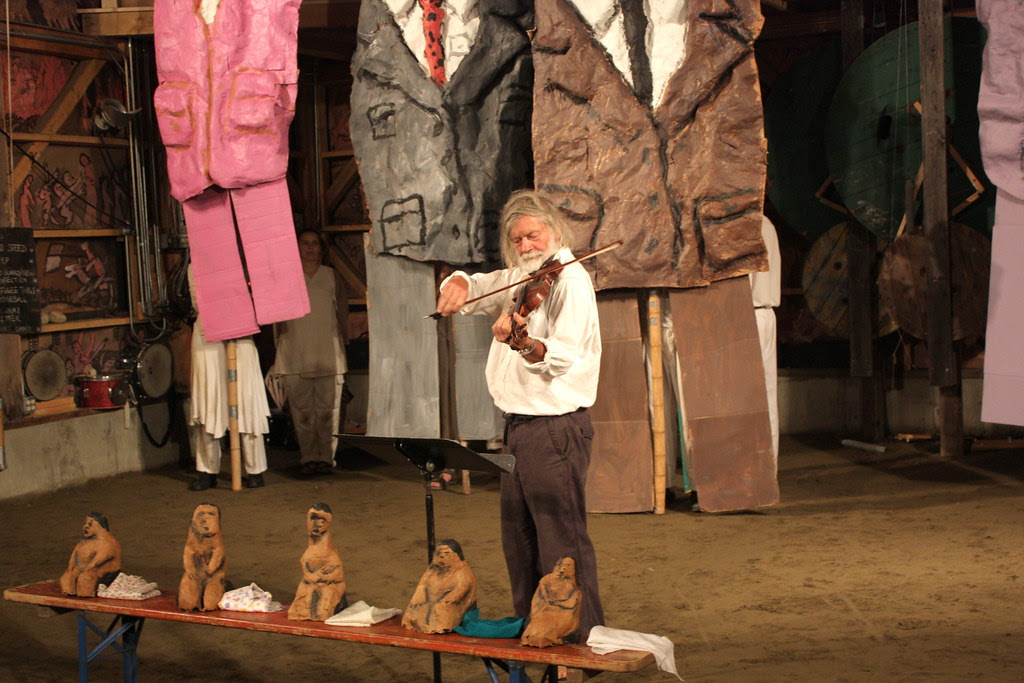 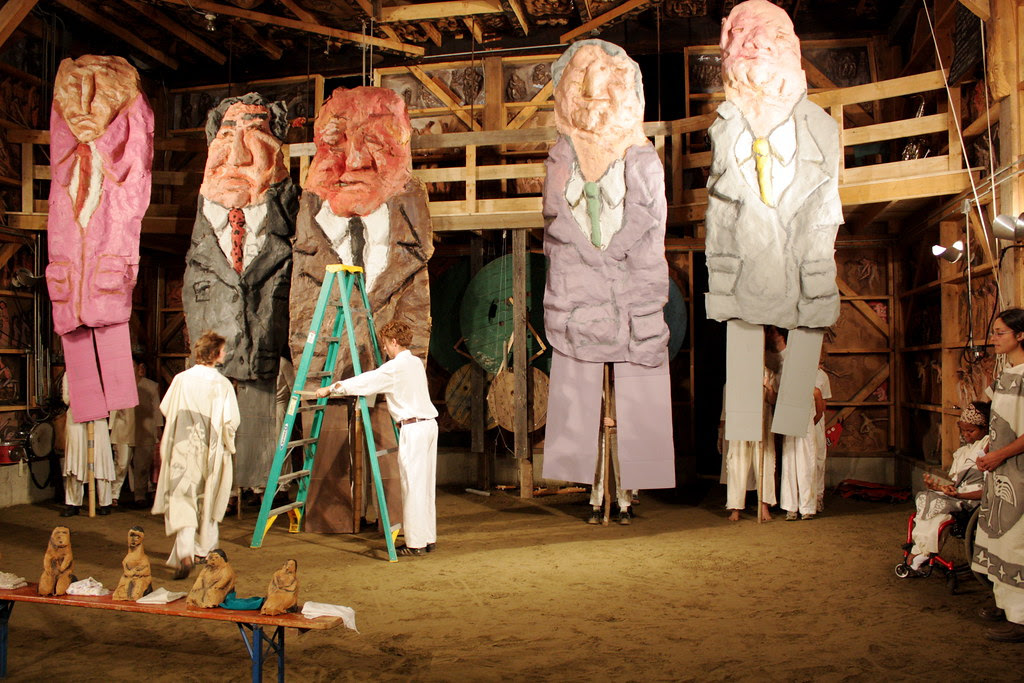 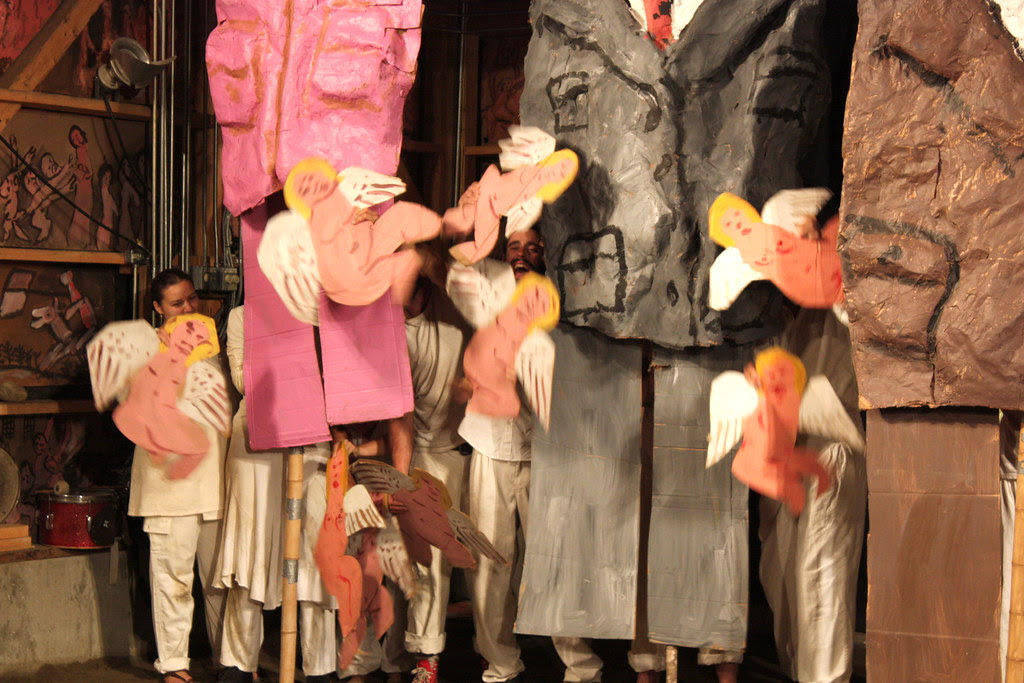 The angels above and
the devils below. 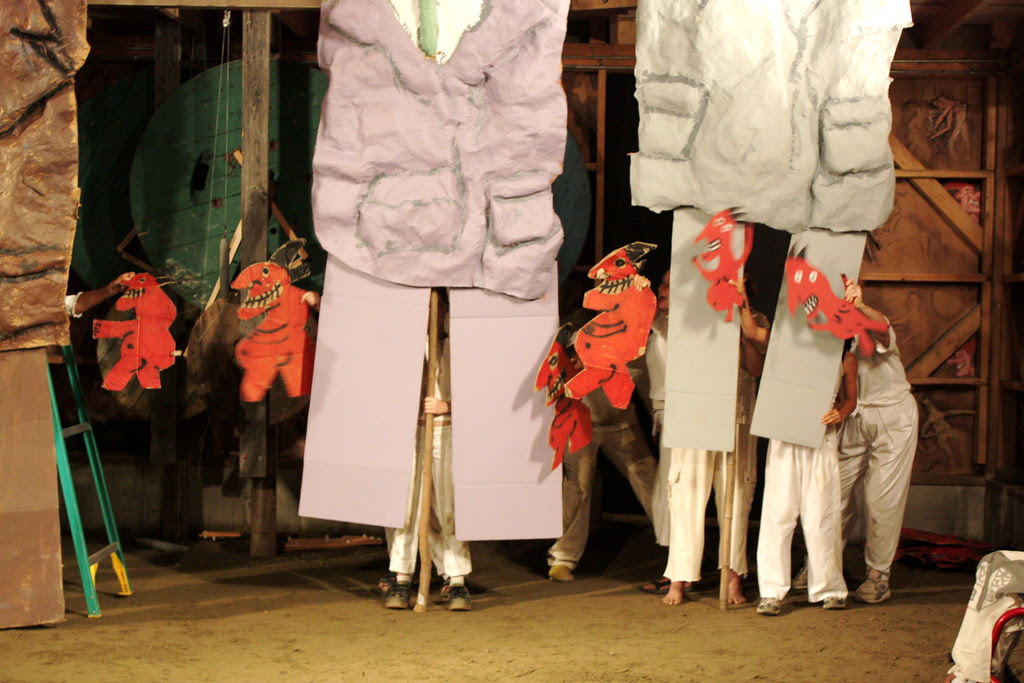 Email ThisBlogThis!Share to TwitterShare to FacebookShare to Pinterest
Labels: Bread and Puppet, Wingnut