Clan of the Hawk Powow 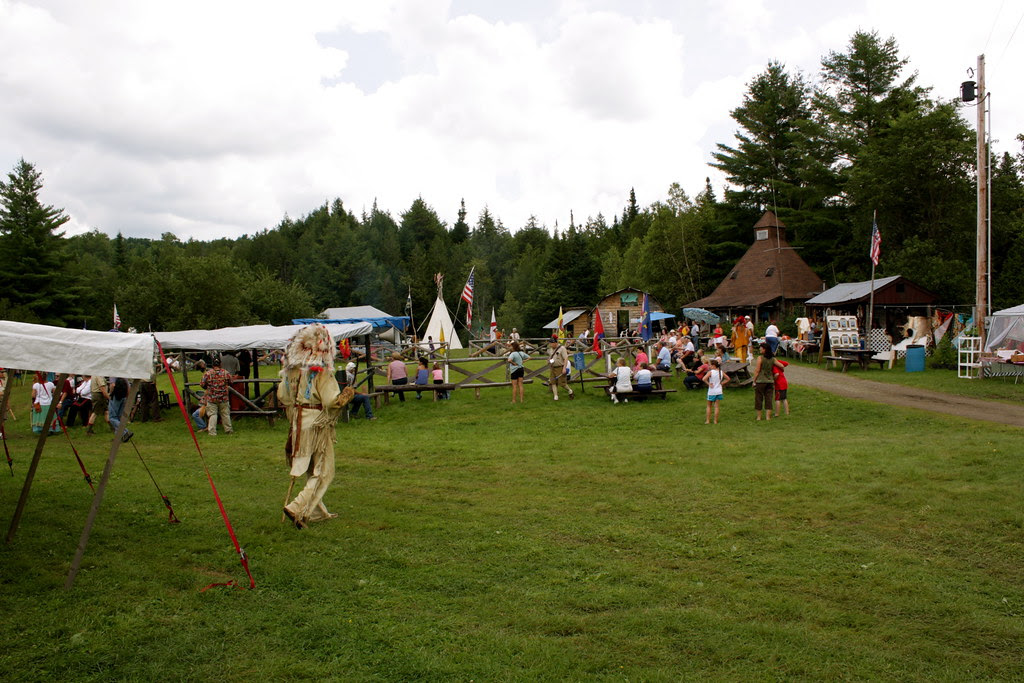 Saturday, August 2, 2008
The Abenaki that live here in northern Vermont, the Clan of the Hawk, had their powwow last Saturday. We arrived early (above) and not many people were there yet — only the vendors. 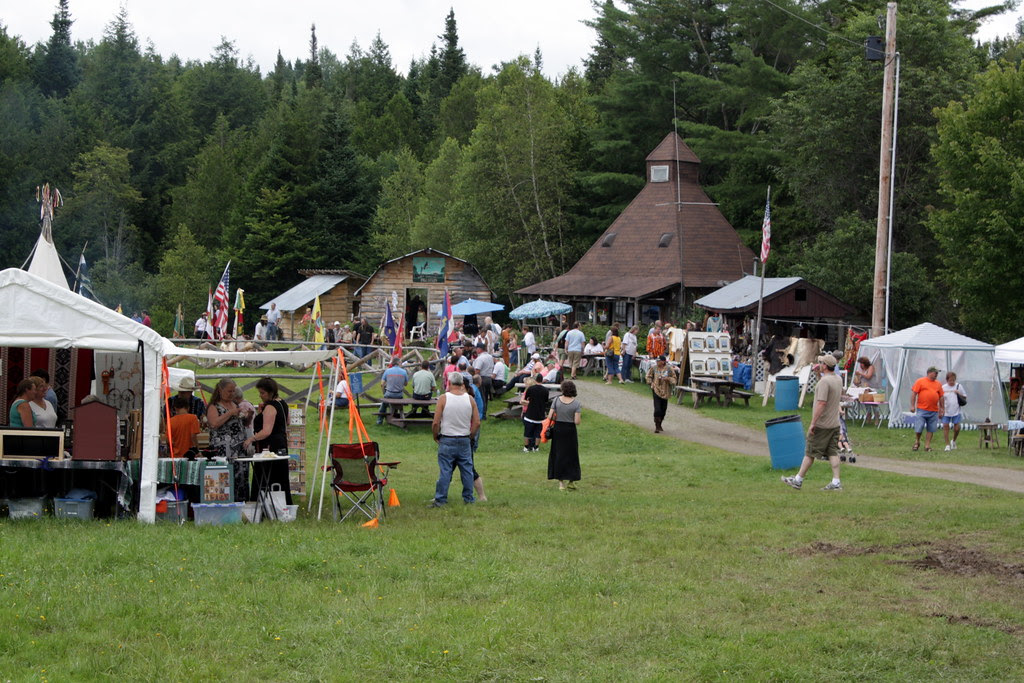 The ceremonies at powwows begin at 12 or 12:20 PM. By then it was getting pretty crowded. We were the only ones who did not know this, so we had a lot of time to stroll through the vendors and enjoy the museum. 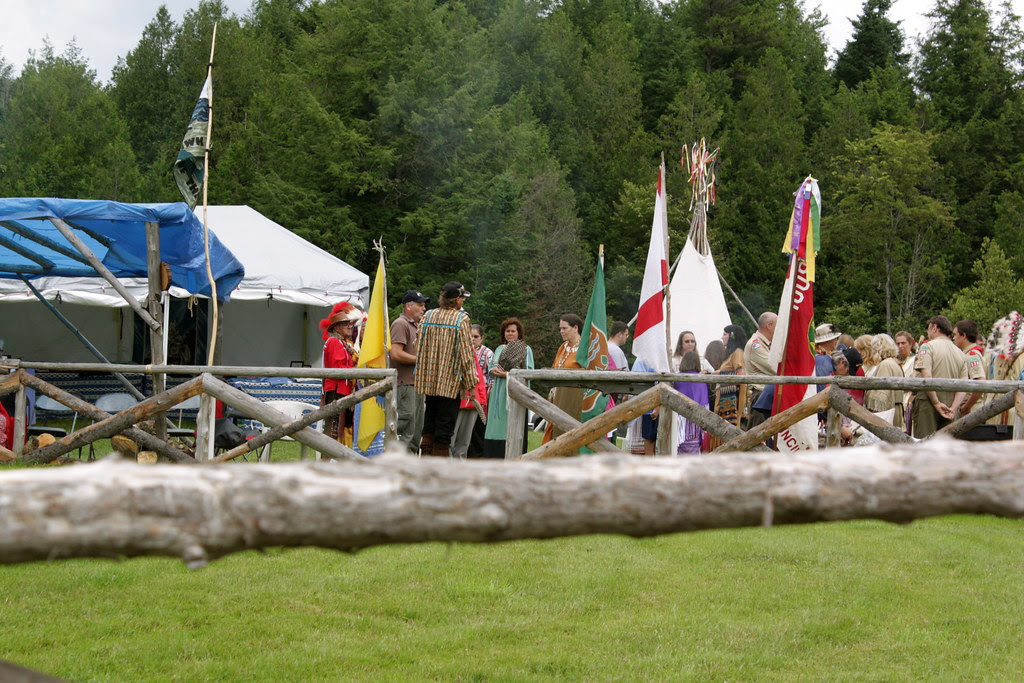 In the photo above you may be able to see the dancers being "smudged" with a smudge pot full of burning sage. I assume this would purify them for the ceremonial dances that were about to begin. 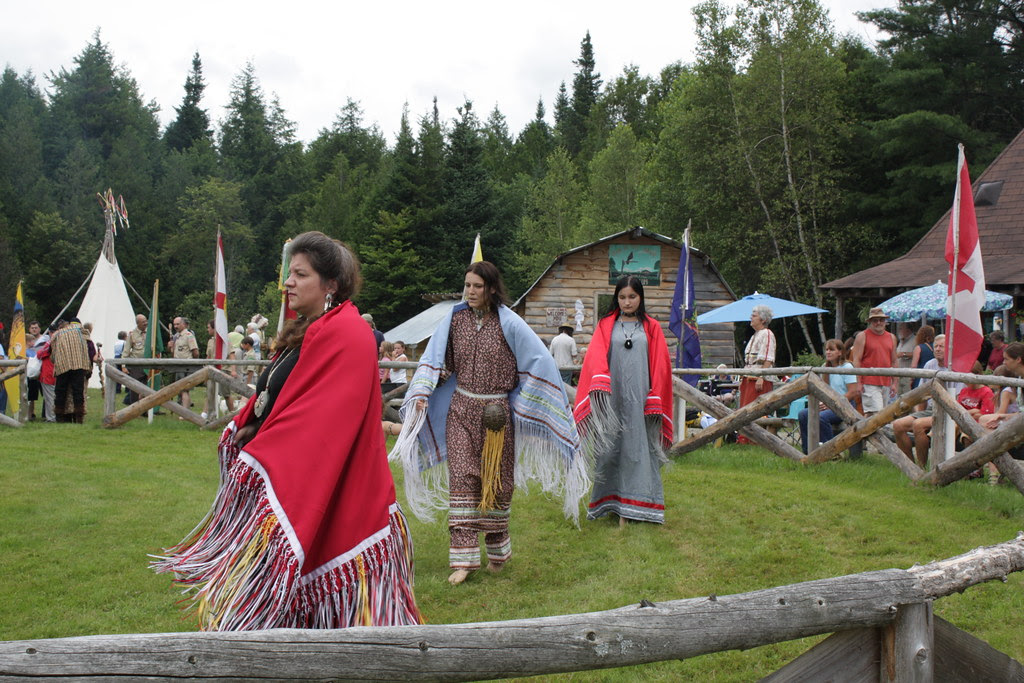 There are three sacred dances that begin the ceremonies. No one is allowed to photograph these. The dance above was the fourth dance — the first we were allowed to shoot. 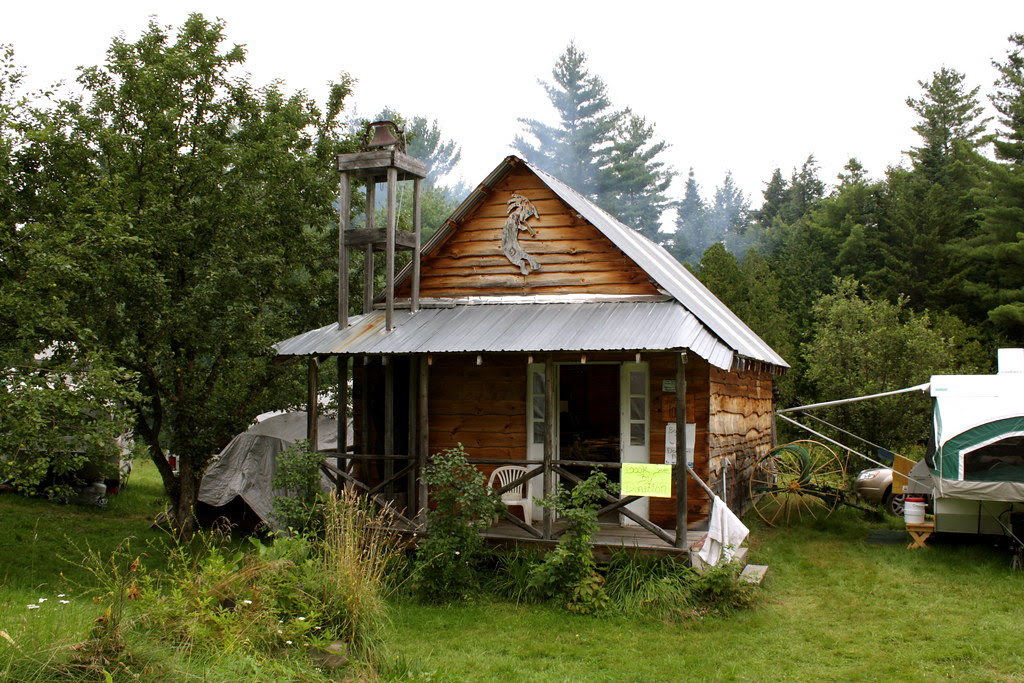 This is the chapel on the lands of the Clan of the Hawk — the local clan of the Abenaki that live here in Evansville (which is on the other side of Barton Mountain). 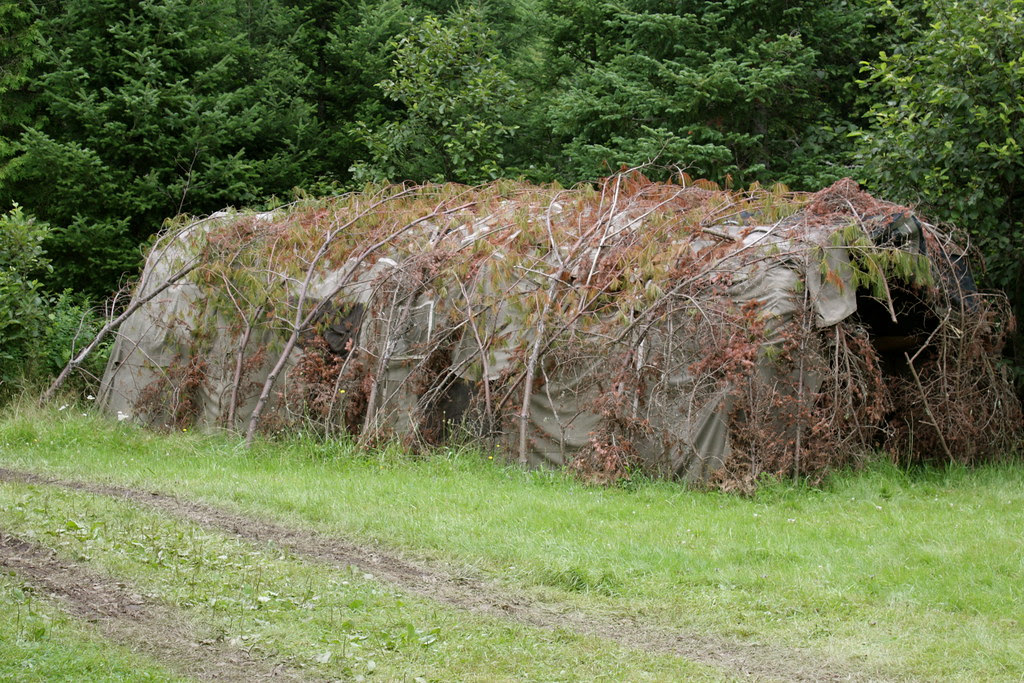 A model longhouse. This model was disappointing because it was not authentic. There was canvas stretched over a frame of wood with branches covering up the canvas on the outside. I have seem authentic longhouses in Connecticut and they are marvelous structures. 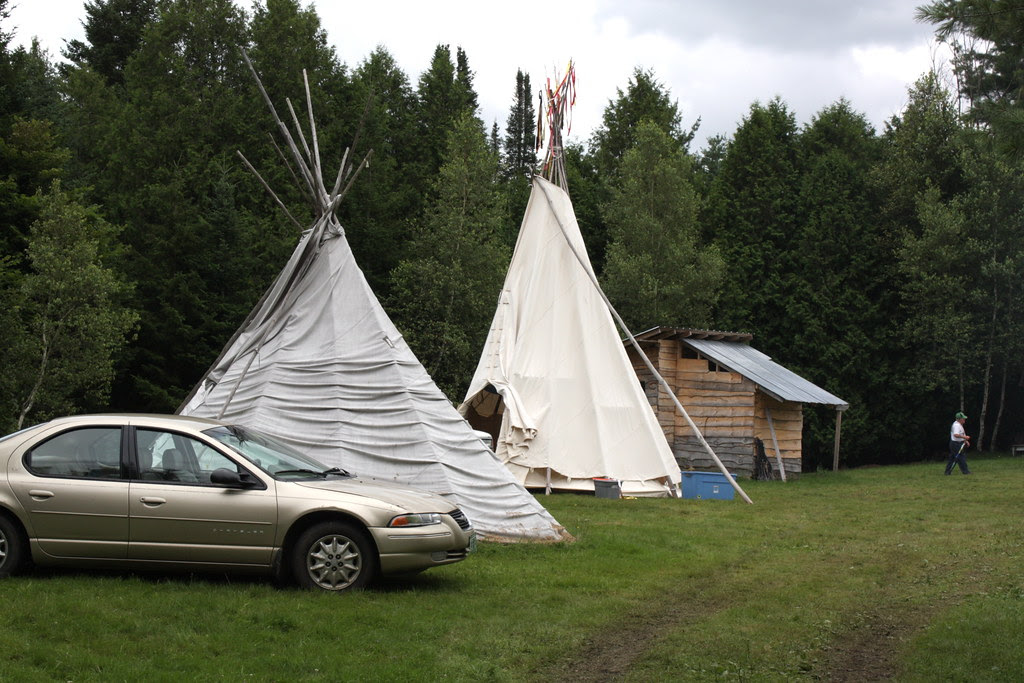 Some participants of the powwow camped in these wigwams. 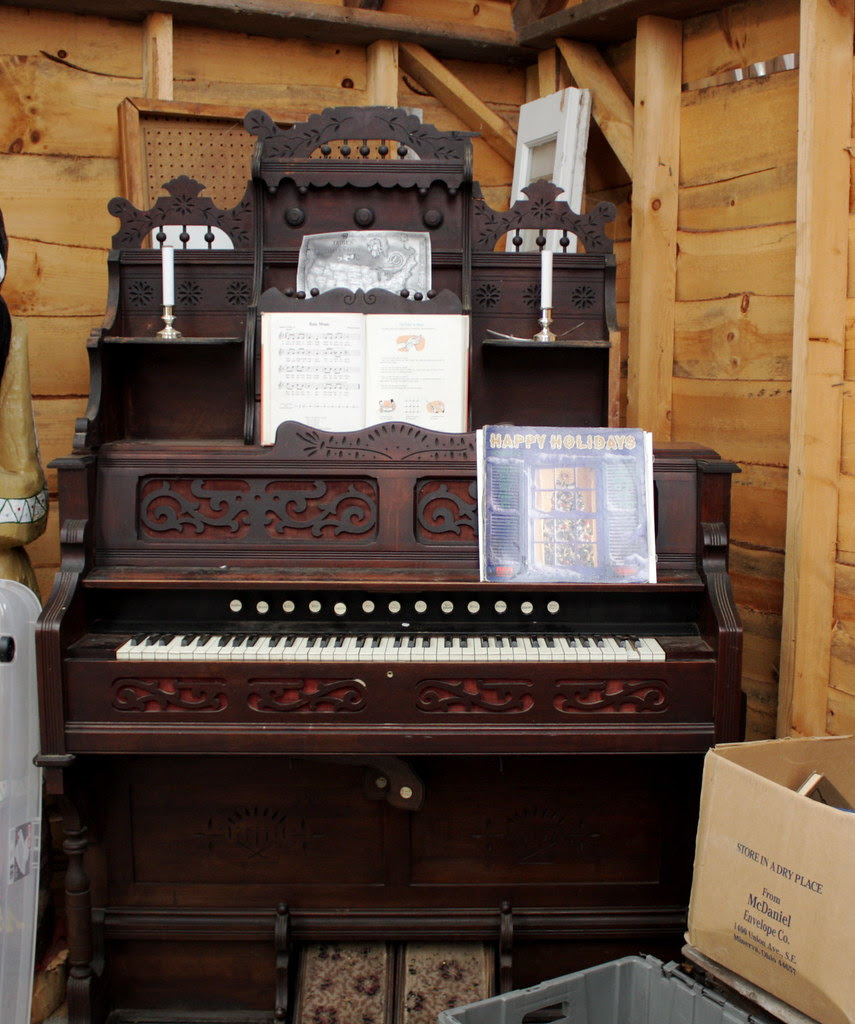 A reed organ in the chapel. 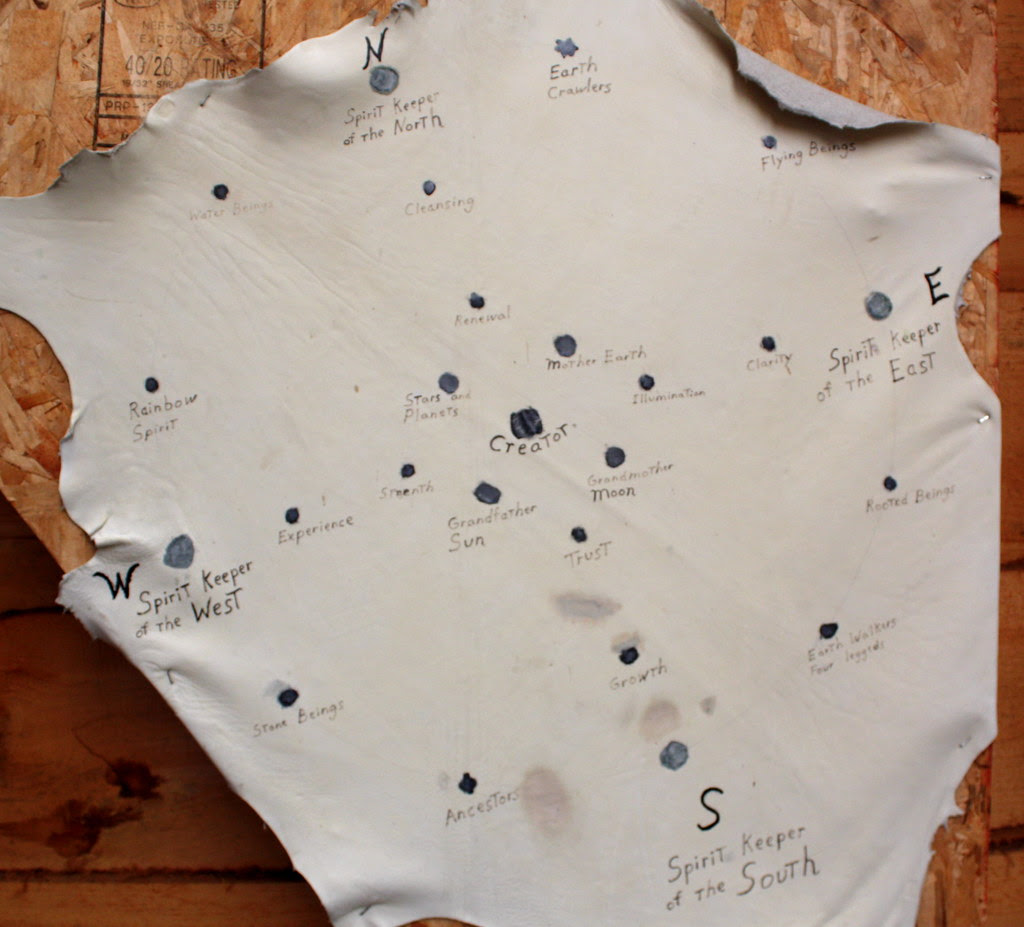 A map of skin I found on the chapel wall. Is it of the stars? 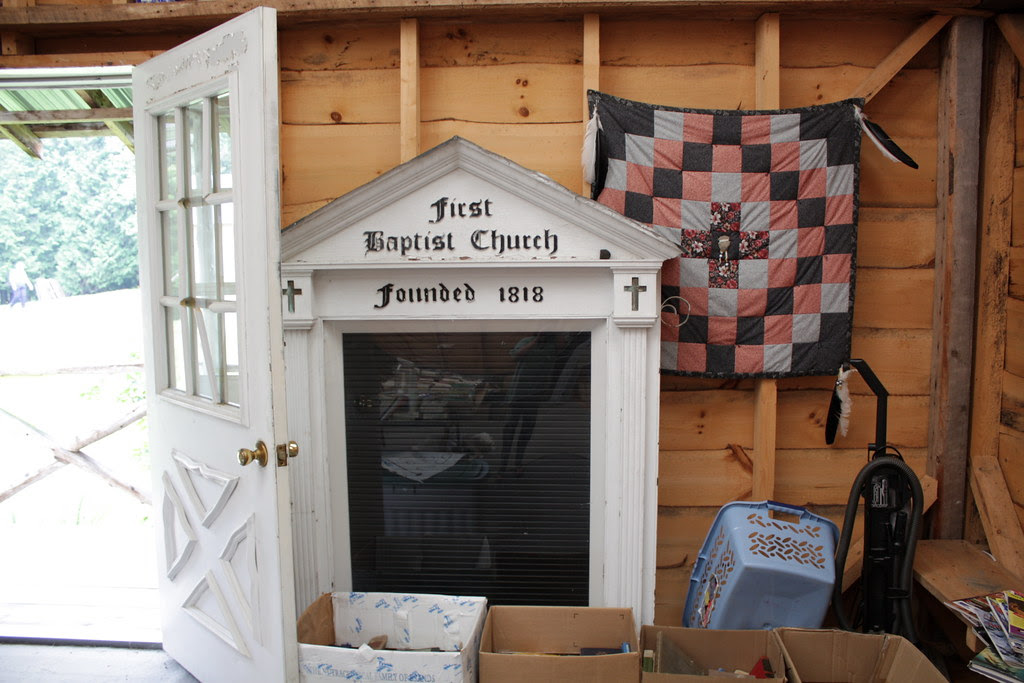 This Baptist sign was removed from the original chapel in Evansville (at the Evansville Trading Post) and installed here in the Clan's chapel.