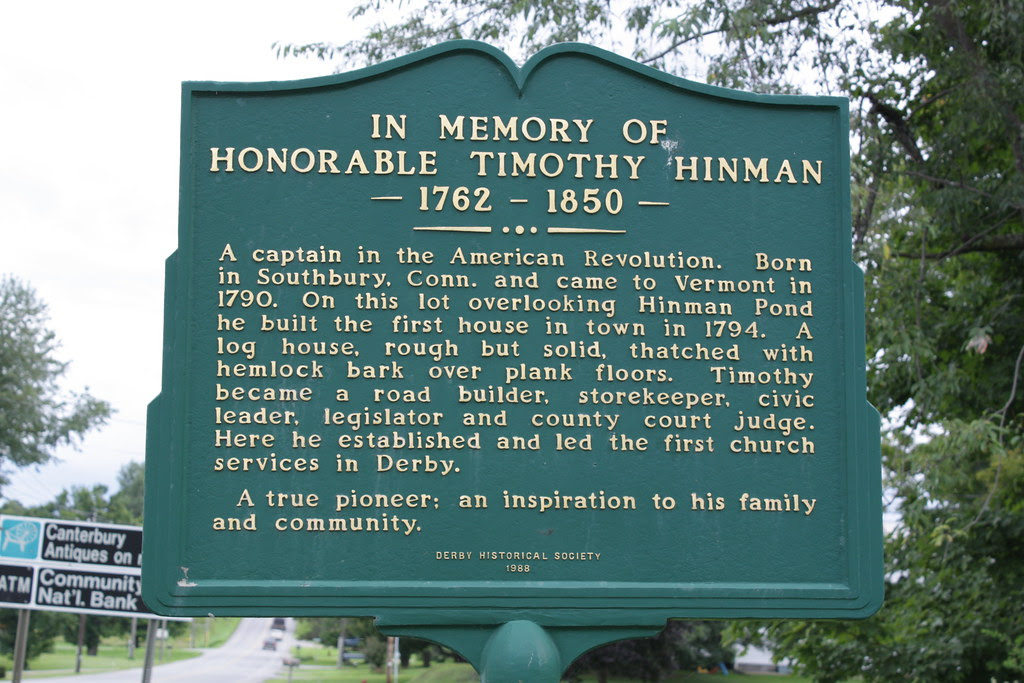 A captain in the American Revolution. Born in Southbury, Conn. and came to Vermont in 1790. On this lot overlooking Hinman Pond he built the first house in town in 1794. A log house, rough but solid, thatched with hemlock bark over plank floors. Timothy became a road builder, storekeeper, civic leader, legislator and county court judge. Here he established and led the first church services in Derby.

Timothy Hinman was the man who built the Hinman Settler Road in the late 1700's. His road played a big part in the colonization of much of northern Vermont. It was also used in the Civil War by traders bringing supplies to men fighting in the war. Other than building the road, Hinman was a teacher, farmer, and a shop keeper. He had a wife and eleven children. He really was a great man.

Click the Historical Society link above for more information on the Hinman Settler Road.