Look What Happened to Barton Mountain 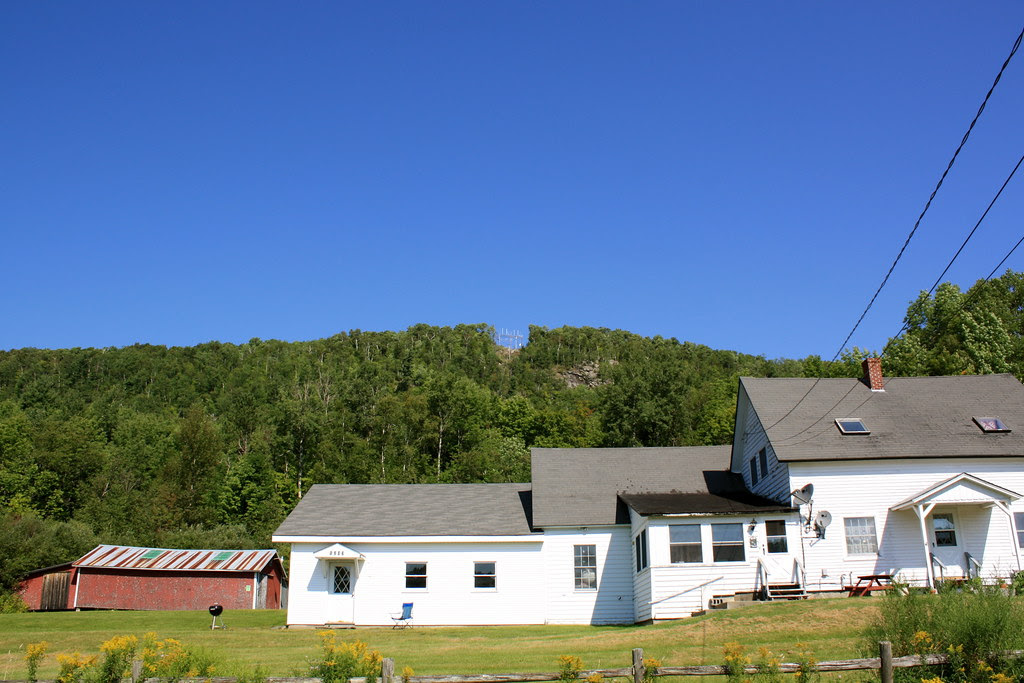 Photo taken in front of my house on Rt. 16 on Sunday, August 24, 2008
On Tuesday, August 19, 2008, there was an Act 250 hearing in Barton on the cell towers that Verizon wants to install in Barton. Vince Illuzi (R State Senator of Essex / Orleans counties) wants the antennas put on his land (he bought the land that the Unicel tower on Barton Mountain is on in 2007). Illuzi was granted party status on this issue, so now he can appeal the Commission's ruling if they decide to allow the Verizon plan.

In order for Verizon to use the Unicel tower on Barton Mountain, Verizon says they would need to dismantle the Unicel tower and construct one up to 150 feet high. The present Unicel tower is only 55 feet high and was nearly completely hidden by trees. You had to look really hard to see it when foliage is out.

It was evident to me listening to Mr. Illuzi's testimony at the hearing, that he has little understanding of the importance of this ridge line. The cliffs under the Unicel tower are where I have frequently heard bobcats. My daughter and I have seen and photographed peregrine falcons. In fact, Amelia saw a falcon hunt and grab a bird in the air. Do the falcons nest on the cliffs? No study has been made.

Two days ago, two days after the hearing, on Thursday, August 21, I came home from school to see this awful mess on Barton Mountain. The land around the Unicel tower, Illuzi's land, was clearcut. It was, in fact, slashed, as can be seen more dramatically from I-91 near Glover.

What's up, Mr. Illuzi? Why did this happen?? After listening to you on Tuesday night, I am sure you will have some sort of explanation.

Click on the Barton Mountain tag in my tag cloud to see how this ridge looked before Thursday.
When clicked, this photo will open, full size, in a new window.
The Destruction of the Barton Mountain Ridge Line Flickr Photo Set
Technorati Tags: Barton Mountain, ridge lines, Verizon Wireless, Unicell, cell phone towers, Act 250
_/\_/\_
Posted by Andree at 11:17 PM