Friday Fractal: Fractals in the news 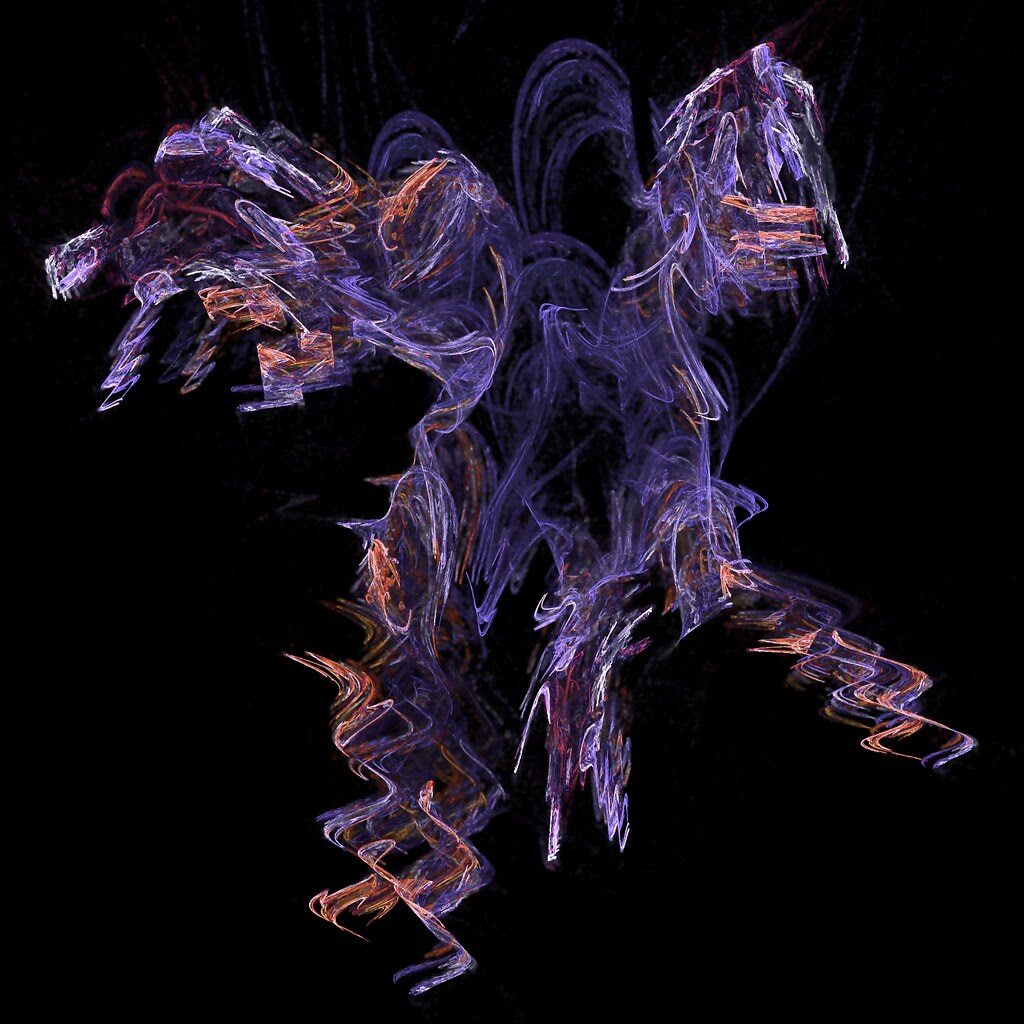 Bakersville basketmaker appreciates acclaim
Asheville Citizen-Times - NC,USA
In 2005, a NC Arts Council fellowship provided her the opportunity to continue investigating sacred geometry and fractals, as well as the more esoteric ...

Terry Marks-Tarlow, a 12-year resident of Topanga, is a clinical psychologist in private practice in Santa Monica. She is currently a research associate of the Institute for Fractal Research in Kassel, Germany; a member of the teaching faculty at the Santa Barbara Graduate Institute; and past president of the Los Angeles Society of Clinical Psychologists. She originally became interested in nonlinear science and the study of fractals after meeting, drawing with and befriending the late Nobel-winning physicist Richard Feynman, reputedly the smartest man in the world. The book contains a never-before-seen Feynman drawing and a story reflecting his views on fractals.

But despite the book's daunting title and the complexity of some of the science involved, Marks-Tarlow explains that at its essence, the study of fractals, which she describes as "a way of looking at patterns, is how nature works." Marks-Tarlow adds, "I'm really excited about the show, which as far as I know is the first of its kind to combine nonlinear science with art, psychology and spirituality. I'm hopeful the show can get picked up by galleries and academic institutions and that the ideas can help people find a holistic perspective in this fragmented world."

Paintings could be by Jackson Pollock, or not
Los Angeles Times - CA,USA
He proudly shares a 2004 report from University of Oregon physics professor Richard Taylor, who is an expert in analyzing complex patterns, or fractals, ...

No Innocent Bystanders is a manifesto in fractals. Transcending labels and political parties, it gets to the heart of our planet's rapid decline using a blend of facts, humor, vignettes, and relevant quotes and lists. Think: Derrick Jensen meets Arundhati Roy and Kurt Vonnegut.

On the liner notes for The Freewheelin' Bob Dylan album, it's stated that the song "A Hard Rain's A-Gonna Fall" was written during the 1962 Cuban
Missile Crisis. "A desperate kind of song," Dylan called it. "Every line in it is actually the start of a whole song," he explained. "But when I wrote it, I thought I wouldn't have enough time alive to write all those songs so I put all I could into this one."