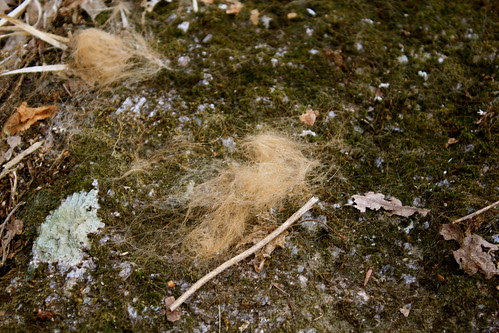 Fox fur
Two weeks ago, John took me to the Pinnacle in central New Hampshire. This is an area of glacial erratics where buds were beginning to burst and the snow was still deep. 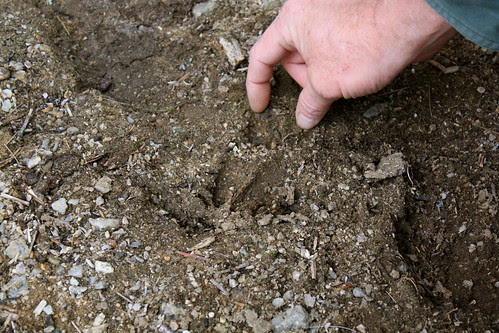 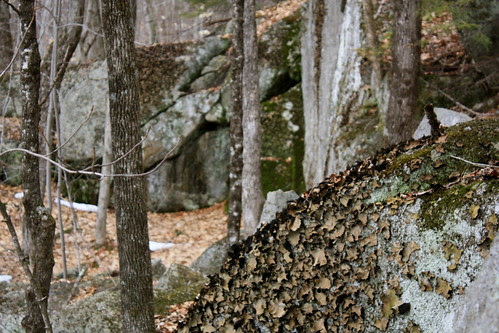 Glacial erratic with rock tripe and the natural amphitheater behind. 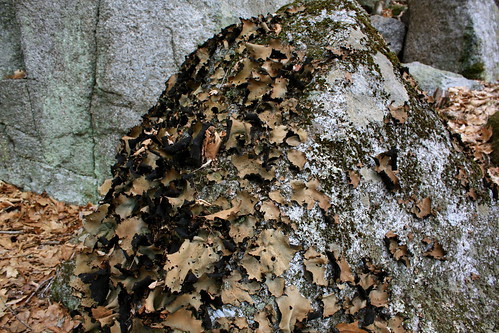 Rock tripe is an edible lichen found in eastern parts of the US that is commonly found on rock faces and cliffs. It is very sensitive to air pollution, so when you see it growing abundantly, chances are good that the air around you is unpolluted. . . . . rock tripe was used by the American Indians as a food source, but only after extensive soaking to remove its tannins. It was also purportedly eaten by George Washington’s soldiers in Valley Forge to prevent starvation. Nutritionally, rock tripe has one third more calories per weight than honey or corn flakes. In Japan, it is considered a delicacy and is called "iwa-take" for rock mushroom and is often served in salads or deep fried.

Rock Tripe. The most wonderful of all is probably the greenish-black rock tripe, found on the bleakest, highest rocks in the northern parts of this continent. There is a wonderful display of it on the cliffs about Mohonk Lake, in the Catskills. Richardson and Franklin, the great northern explorers, lived on it for months. It must be very carefully cooked or it produces cramps. First gather and wash it as clear as possible of sand and grit, washing it again and again, snipping off the gritty parts of the roots where it held onto the mother rock. Then roast it slowly in a pan till dry and crisp. Next boil it for one hour and serve it either hot or cold. It looks like thick gumbo soup with short, thick pieces of black and green leaves in it. It tastes a little like tapioca with a slight flavoring of licorice. On some it acts as a purge. 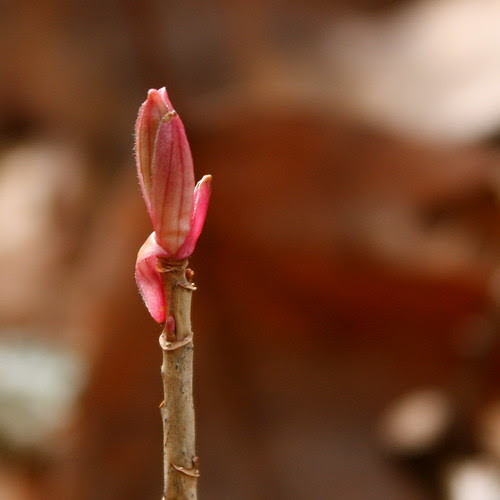