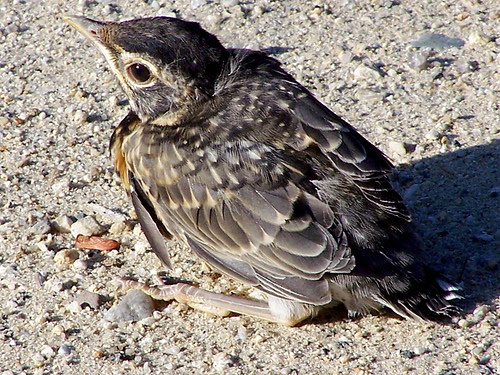 When I got home to New Hampshire last night, I climbed up the ladder to photograph the baby robins. All of a sudden a flurry of feathers and wings were all about. One baby landed on my head and then flew off. One landed in the driveway, and one on the porch. The parents exploded about me and I was sure the mother was going to attack me.

I climbed down from the ladder and every bird of any species within a half mile away had arrived to holler at me. The chickadees were especially strident. 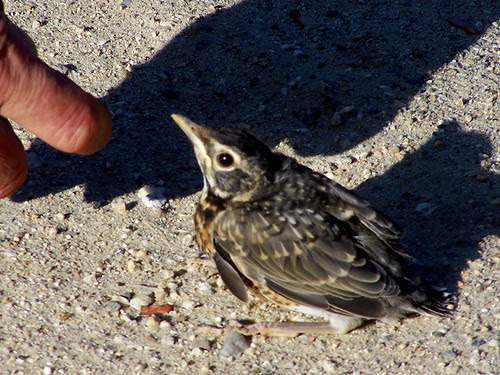 The racket woke up John, who had worked so hard yesterday that he was napping. He came down and we found two of the three chicks. John spoke quietly to the chicks before he picked them up and put them back in the nest. We think the third chick is in the rafters of the porch but we will continue to check for it.
The babies were 1 week, 4.5 days old yesterday afternoon.
Baby Robins Set
Technorati Tags: American robin, Turdus migratorius
_/\_/\_
Posted by Andree at 10:32 AM