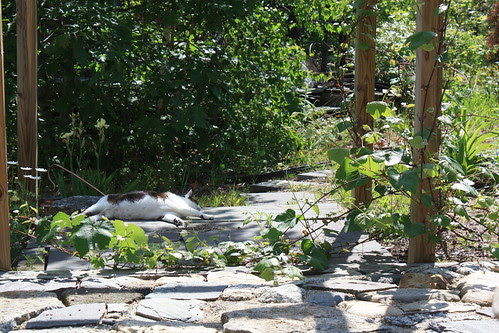 Tomorrow will mark one week that the cats moved to New Hampshire with me. On Saturday, June 13, less than 12 hours after the cats' move to New Hampshire, I let Buddy outside. I never isolated Buddy in his new home (mostly because he is such a grump with other cats), but gave him total freedom inside and let him out days before it is recommended. He goes outside regularly now. The birds and chipmunks (a new species for the cats) are hollering at him all the time now. Buddy already has a bad rep.
But Buddy ♡ NH.
_/\_/\_
Posted by Andree at 3:35 PM