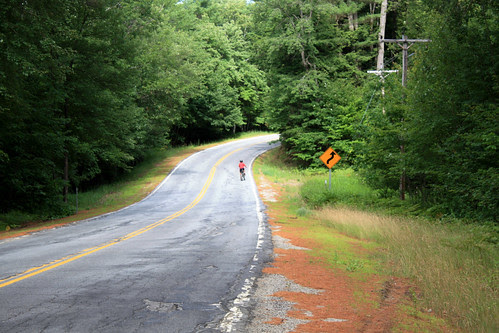 One of our favorite bike rides is the Campground Road Loop. We leave the house and get to Campground Road and go north until Route 4A. Above, you see Wingnut riding up Route 4A. This was just after he flew out of Camppground Road onto Route 4A in front of the only car on the whole road, nearly getting killed, and nearly killing me with a heart attack so badly that I dropped my bike. I rested until my heart rate got to normal levels and took this photo of him.

I made this little map on Google Earth. I wanted to make a tour for you but I couldn't load a demo Google Earth tour to see what a tour is. Sooner or later I will learn how. But you can use the ruler tool on Google Earth to see how many miles you have traveled. You can also do it on Google Maps (which has a better tool that follows the roads). 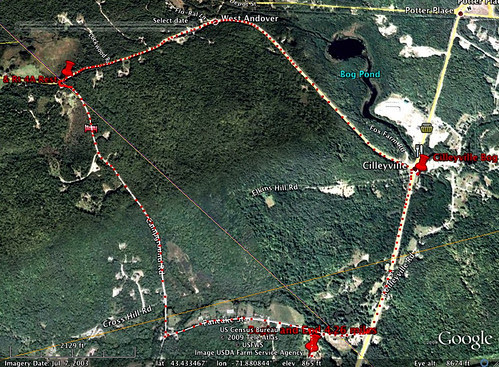 On Route 4A we travel east until Route 11. This is a wonderful stretch of rolling hills and a great downhill run (which, if you don't know what you are doing, can be dangerous). I only hit 21 mph on the downhill. Yup, I was chicken. Anyhow, the directions of my new speedometer/odometer are too tiny for me to read so I don't have my elapsed time. 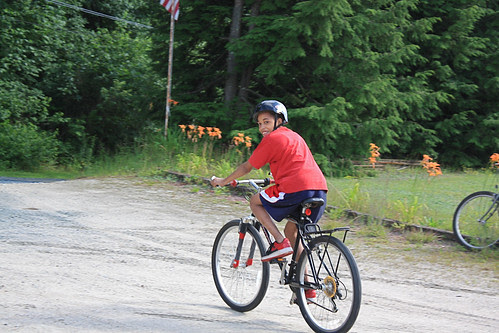 I stopped at the intersection of Route 4A and 11 to take photos of the Cilleyville Bog Covered Bridge. Above, you see Wingnut riding up to it. This bridge was built in 1887. It is New Hampshire's Covered Bridge #16. I don't know, yet, what the 16 refers to. 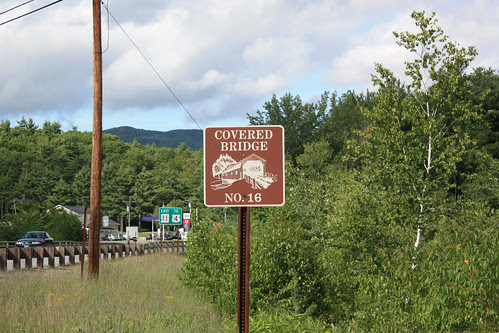 If you want to see a better photo of this bridge, click here. 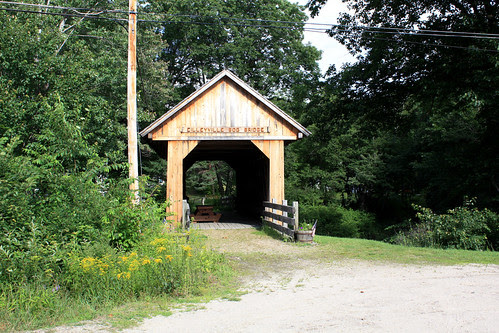 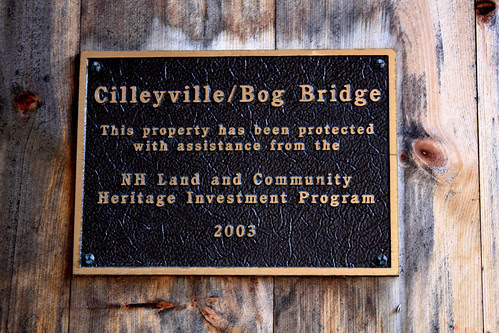 Below you see the view of Ragged Mountain from the Scilleyville Bridge on Rt 11 in the east. Ragged Mountain has hiking and skiing trails. And golf. Another all-year resort. 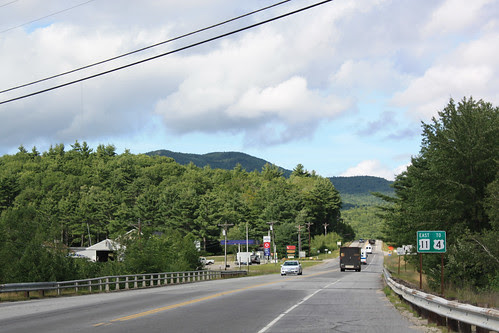 Finally, here is one of my favorite photos this summer of Wingnut on the bridge with his bike. The bike actually belonged to John's son but I got it all tuned up in town for Wingnut to use this summer. It's his first full-size bike. 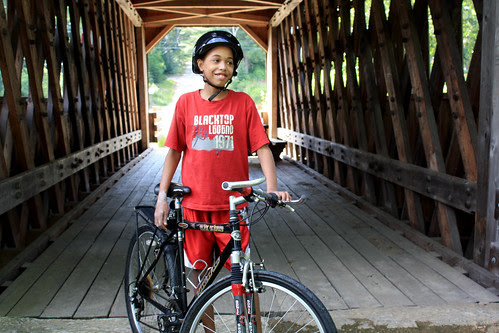 This is a great short loop ride. It is 4.26 miles (6.9 km), with views of mountains, quiet roads, rolling terrain and an historic covered bridge. The next time I ride it and I have my camera fixed (more about that story in a future post) I'll show you the scenery that I completely failed to shoot this day.