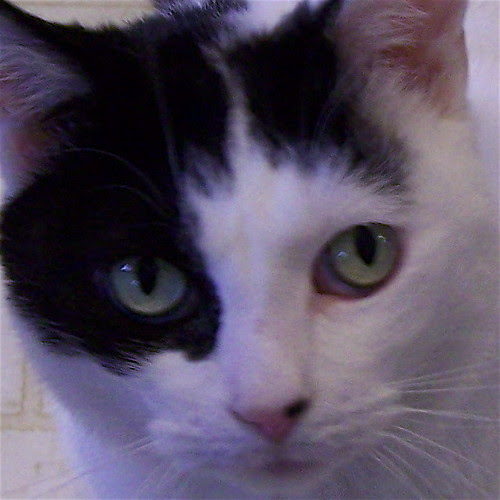 I began writing this post one week ago and never completed it. I never had the heart and I still don't. Turnip has died. He was hit by a car last week. Thankfully (again), it was quick and he was beautiful in death. John has buried him in the garden. Turnip was always so timid and fearful that I never ever thought he would make it all the way down to the road. Yet he did.

Turnip (named by Amelia because she "always wanted a cat named Turnip") was one of Matilda's babies, born in August, 1996 in Hartford, Connecticut. He was almost 13 years old. He was such a sweetie that he never fought with any other cat. He was totally submissive yet was very caring towards the other cats, and was always cuddling and washing the others. Zorro, Turnip's brother, is now the only survivor of Matilda's family.

Here is a slideshow of Turnip's life

Turnip's loss has been very difficult for all of us this week
but time heals.