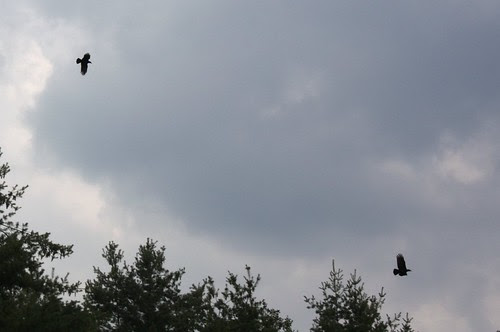 We have a large murder of crows that live in the neighborhood. I love having them here because they give alarms when hawks and owls are in the area. Then I can run outside and never find the hawk or owl. But I have fun trying. This day that I took this photo of the crows as they flew in alarm (there were about 10 hollering in the air) for an hour. Wingnut and I finally went to the field to see what was going on.

Buddy followed us as he always does, but would not leave the drive to go into the field. He kept watching them in the sky and finally retreated to a copse of trees on the other side of the driveway and hid under the brush. 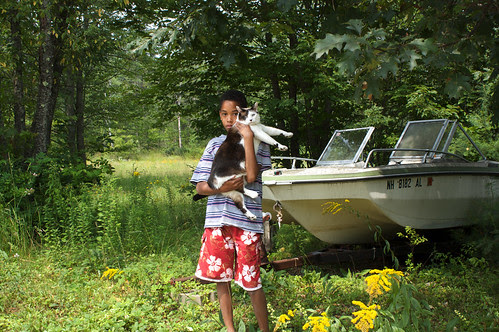 Wingnut went into the woods but saw no owls or hawks and returned. We called to Buddy to go home with us, but he wouldn’t move. Finally, Wingnut had to pick him up and carry him home. 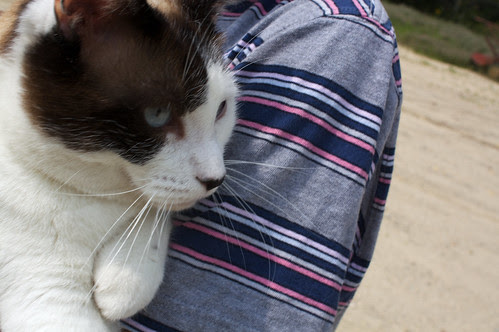