Kayaking on the Merrimack River 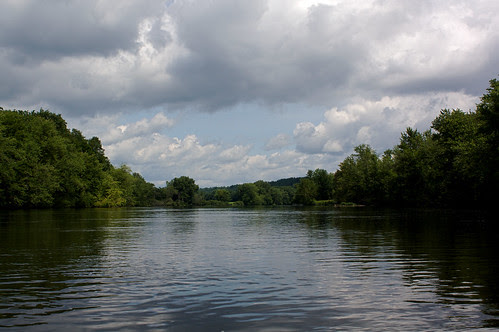 Wingnut, John and I made a second kayak trip way back in July. This time we went down the Merrimack River from Franklin, NH to Boscawen, NH.  You can click around on the map below. I may add the photos to the map in the future. The total distance was 6.35 miles (10.2 km). The weather was perfect and we saw many herons, cranes, egrets and cormorants. I have no photographs of them because I found it very difficult to aim and focus in a moving kayak.

Because of the heavy summer rains, the water was high. I nervously kayaked my first “white water” — probably flat water to experienced kayakers! I brought my Canon Rebel XSi on the kayak, which was risky but I thought I would be

able to keep it dry. 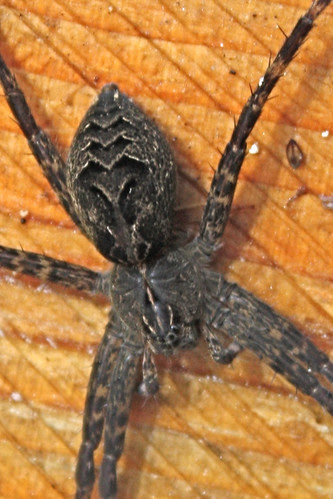 We came upon a flooded campsite and found this huge water spider resting on a log in the sun. We waded through the flood waters to photograph it. 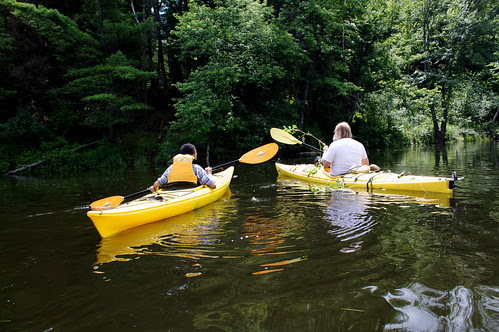 Wingnut and John enjoyed each other tremendously with paddle wars and little races. Here they are in another flooded area. 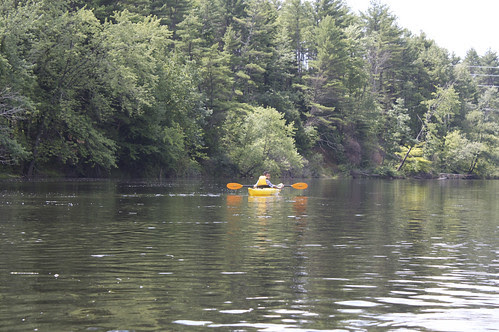 I hope to someday be able to kayak as well as Wingnut can. In the above photo, he is happily going ahead of us down the river. 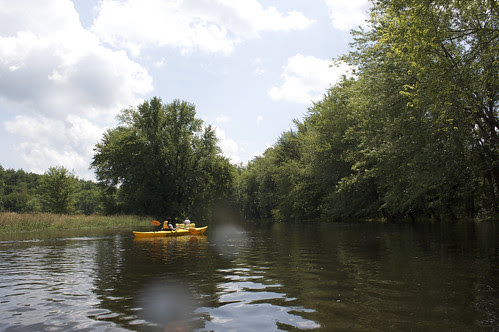 The guys are looking at this island, which isn’t truly an island — it was created by the flood. On the other side of John and Wingnut was a temporary lagoon filled with baby water striders. There were thousands of them and it was fascinating to paddle through them. 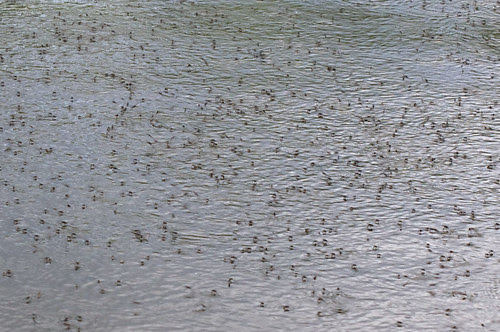 Further down the river we came to sandy bluffs that were full of cliff swallow excavations. The holes you see here are where the swallows nest. 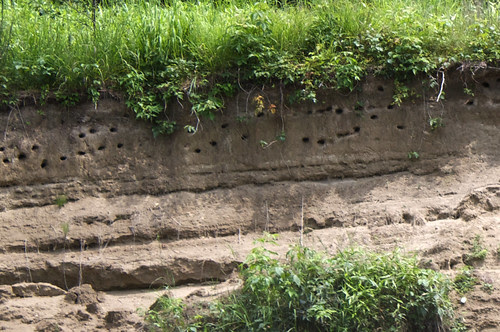 Soon after the cliff swallow cliff was the landing to leave the river. I arrived there first and promptly got out of my kayak. I did everything that John told me not to do when I got out of a kayak. I had my Canon around my neck (to keep it dry). And I slipped right into the river. Up to my neck. With the Canon.

The guys arrived and as Wingnut and I waited for John to retrieve the van for the kayaks, we watched as bald eagles floated over our heads and then dropped down low to look us over. I had never seen a bald eagle before (there aren’t any in Vermont) and tried to photograph them.

The Canon was all wet. It wouldn’t focus. The view finder was all fog. This was not the best kayak trip I had ever had. I was sure the Canon was fatally damaged.

Nearly two months later, the Canon is fine. We opened all compartments on it on hot sunny days and let it get rid of condensation. At one point I was ready to send it to Canon for repairs but it has not had a problem for two weeks. The battery is not discharging and all functions are fine! Thank you, John, again, for saving my stuff!