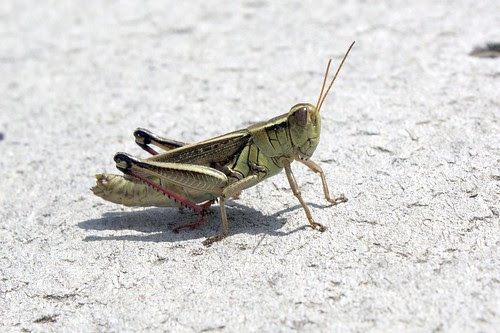 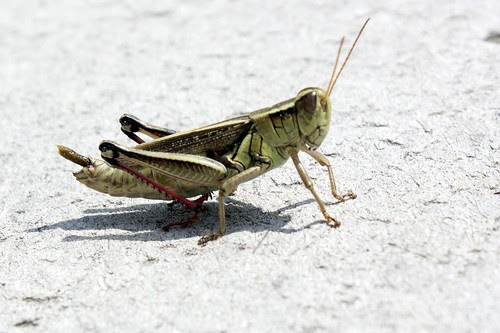 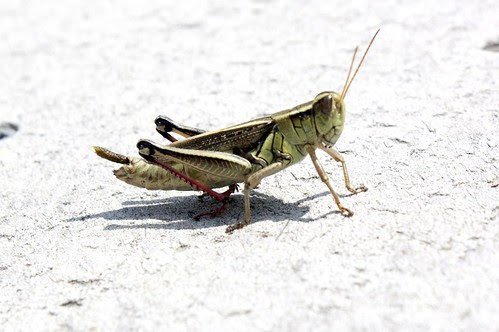 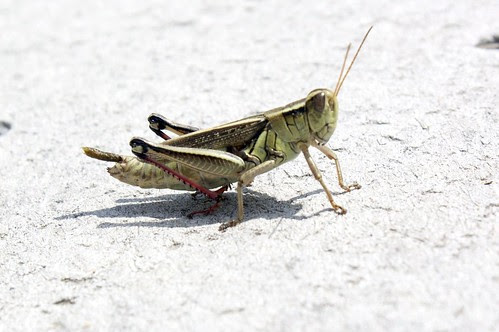 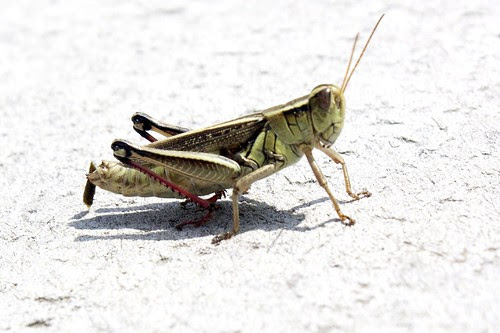 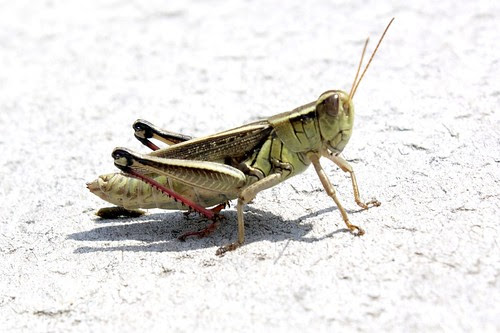 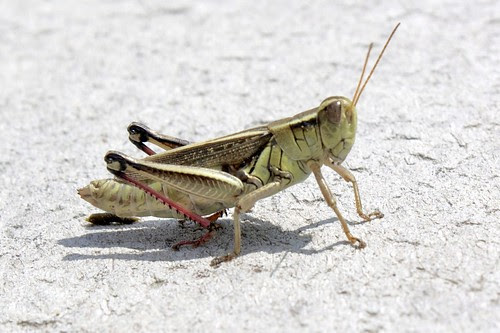 This series was taken in July during my grasshopper phase when Buddy was bringing a few a day into the house and the hoppers were all over everywhere. Wingnut would also bring me some and John would call me over for shots of one that he thought particularly interesting.

Because I was so focused on lighting and focusing (and that didn’t really work out in these shots because of the backlight), I never realized what the hopper was doing until I downloaded the photos to the computer. But while I was photographing him, I did have this eerie feeling that he was looking straight at me through the lens . . .