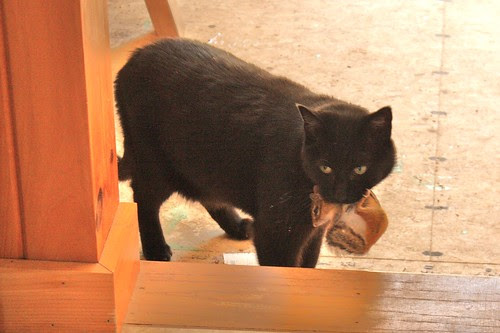 Zorro is bringing chipmunks into the house regularly now. When we hear his yowl that tells us he has a gift for us, we try to meet him at the door in order to prevent more chipmunks from being released into the house. You can see here that the chipmunk is alive and alert in Zorro's mouth, and that is how they all come to us. We praised Zorro for his powers but wouldn't let him in, so he left the house and went over to the other door with his catch: 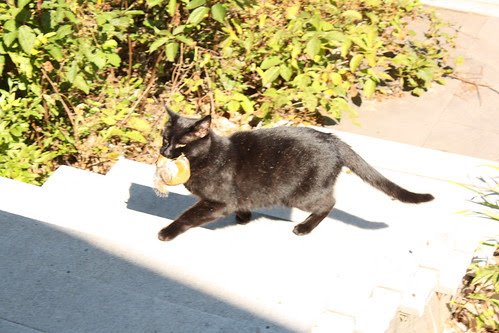 When he reached the deck with the chipmunk, he put it down but he too slowly put his paw on it to keep it still and it ran away.

This past week he and Pansy (our disabled cat) chased a chipmunk into the house. But as soon as it was in the house, they both left us and went to take a nap, leaving us to get the chipmunk back outside. Which we did. Chipmunk hunting is now Zorro's specialty. But it's getting a bit old as we constantly try to keep chipmunks out of the house.