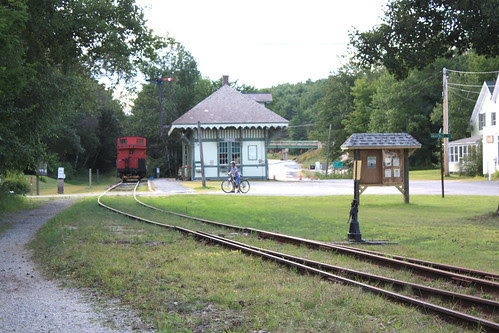 Above: Potter Place Railroad Station, where we joined the trail after leaving home on the bikes. This ride was 12.54 miles (20 km). You can see these photos placed on the Google map above. Each of the blue markers on the red trail is one of these photos. A complete set of photos of Potter Place and its history can be found here and here. We took this ride on August 8. I have procrastinated posting this because of the length, details, and the problems I have had using a mouse on Google maps. But now it works! 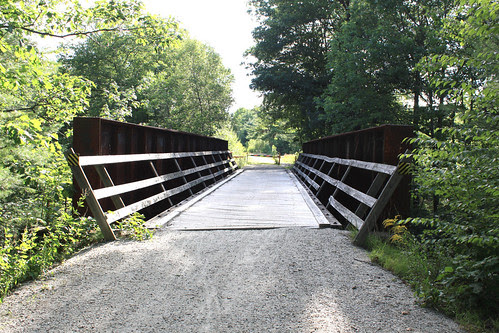 Above: the first railroad bridge we encountered (over the Blackwater River) 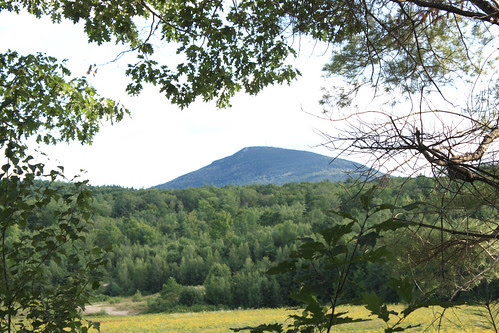 Above: a view of Mount Kearsarge from the trail 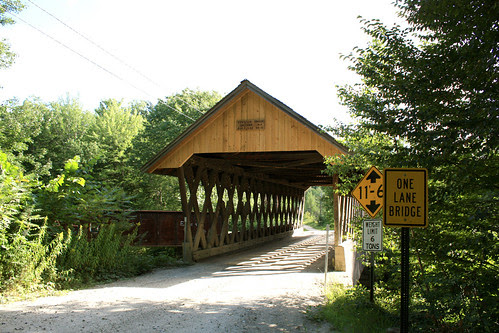 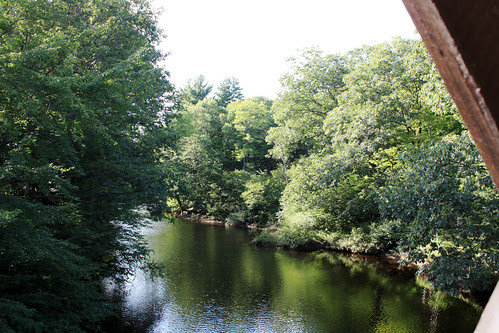 Above: a view of the Blackwater River from the Keniston Covered Bridge 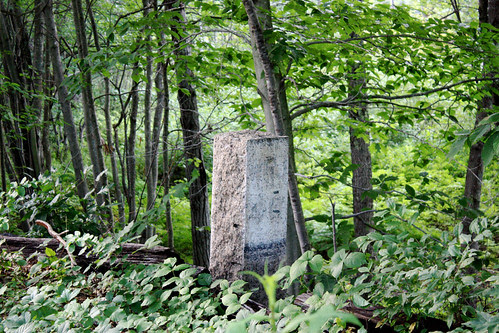 Above: An original railroad marker. They are spaced regularly along the trail. I never stopped to see what they said (what a mistake!). 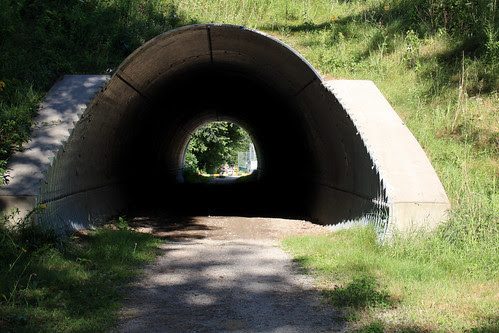 Above: the Lawrence Street culvert tunnel 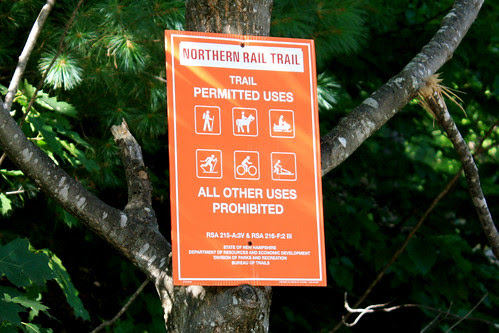 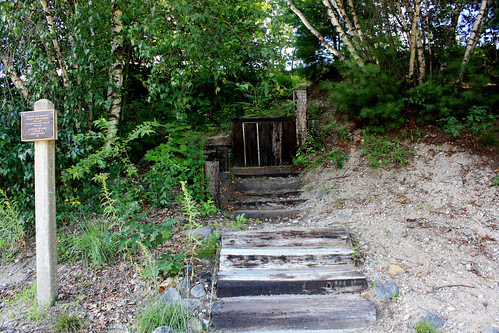 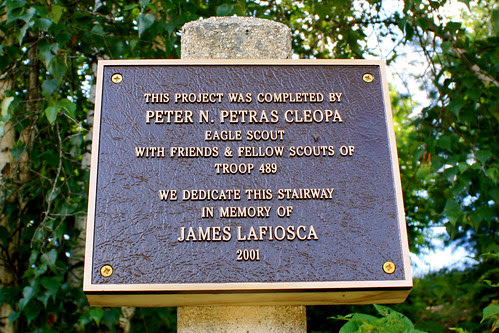 We dedicate this stairway in memory of James LaFiosca.

In 1945, he graduated from Brooklyn Technical High School.

He served in the US Navy aboard a destroyer in the North Atlantic.

He was past master of Kearsage Masonic Lodge and a member of the York Rite bodies (32nd degree Freemason).

Mr. Lafiosca was an 18-year member of the Franklin Regional Hospital Board of Trustees, serving as president and clerk. In addition, he served as a commissioner of East Andover Fire Department and past president of Andover Lions Club.

He enjoyed woodworking and metalwork. 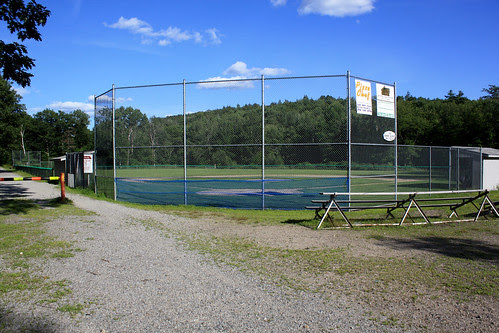 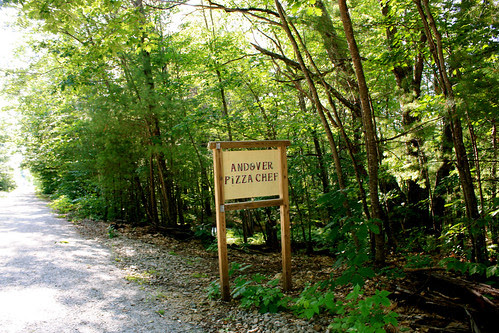 Above: We almost stopped at our favorite (and only) pizza place — they put a spur on the trail for bikers. 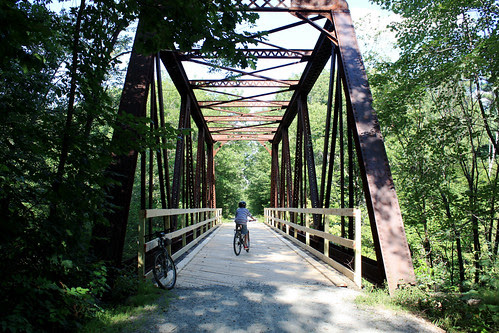 Above: old railroad bridge over the Blackwater River
Wingnut on his bike; my bike leaning on the bridge. 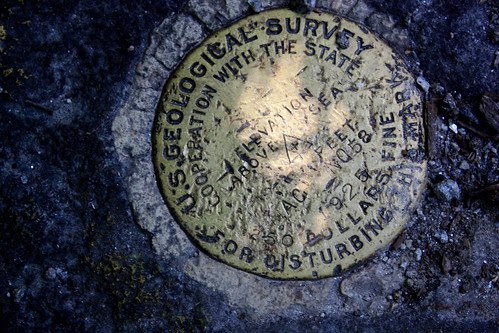 Above: a geodetic marker at the bridge above. 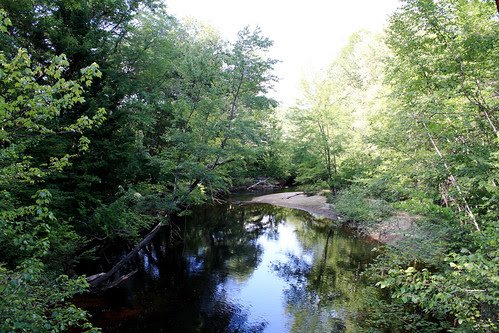 Above: The Blackwater River 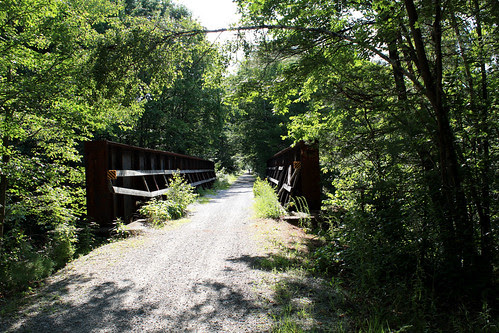 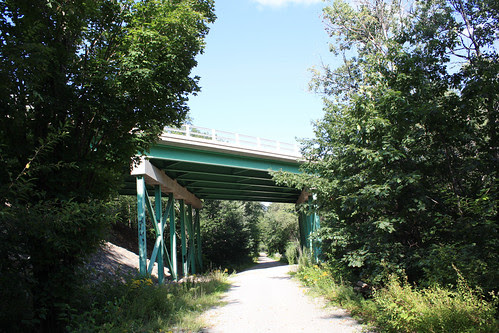 Above: the trail goes underneath Route 4 in Salisbury 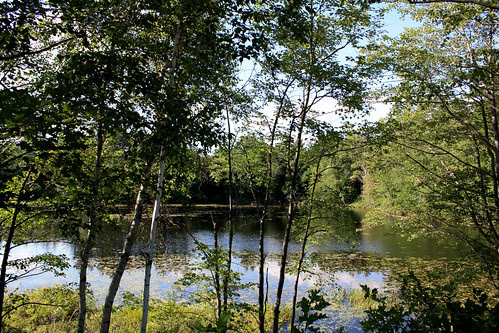 Above: Horseshoe Pond
A causeway was built for the railroad that cut this pond in two. 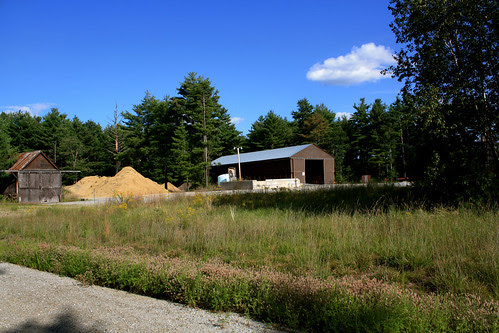 Above: The Andover Town Garage 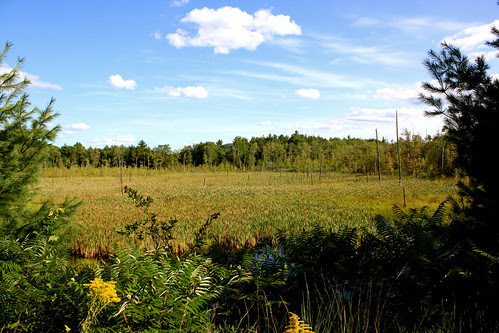 Above: Wetlands are near the end of this section of the rail trail, near Plains Rd, East Andover.