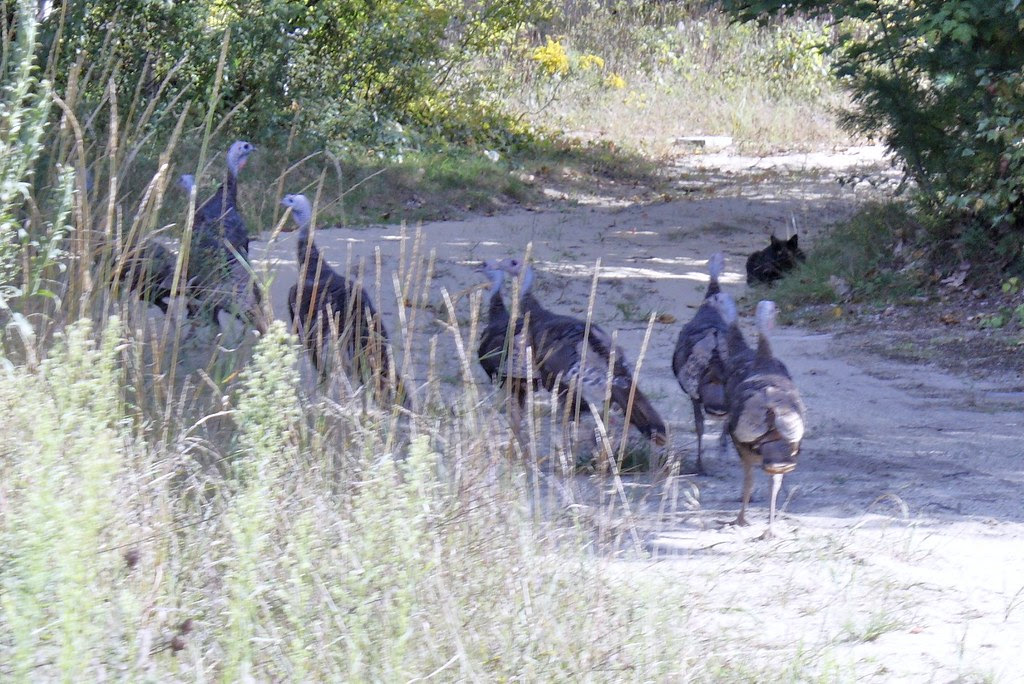 continued from Turkeys Everywhere
One afternoon as I drove up the drive of the house, I noticed the turkeys were around. I had to drive slowly so that I didn't run over any of them. As I parked, I noticed Zorro on my left. The turkeys were headed right for him and he was waiting for them! I whipped the camera out and did the best I could. I was in bright light and the birds and the cat were in shadow. I have heavily altered these photos in order to see at least Zorro's eyes in that black fur. 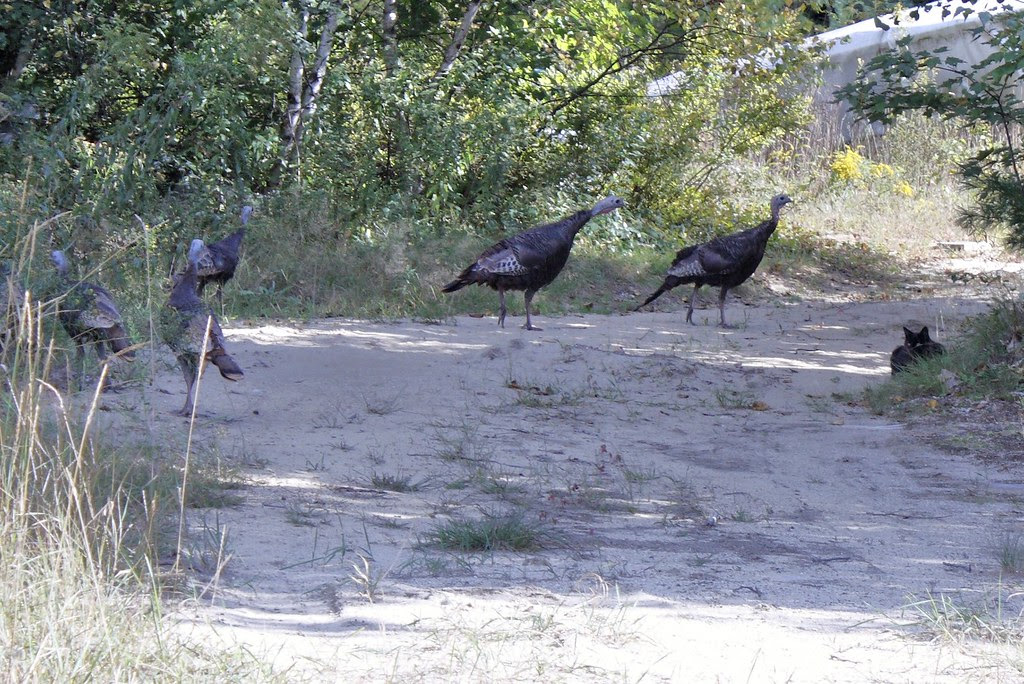 Zorro is just watching with no committment to attack. That was a relief! 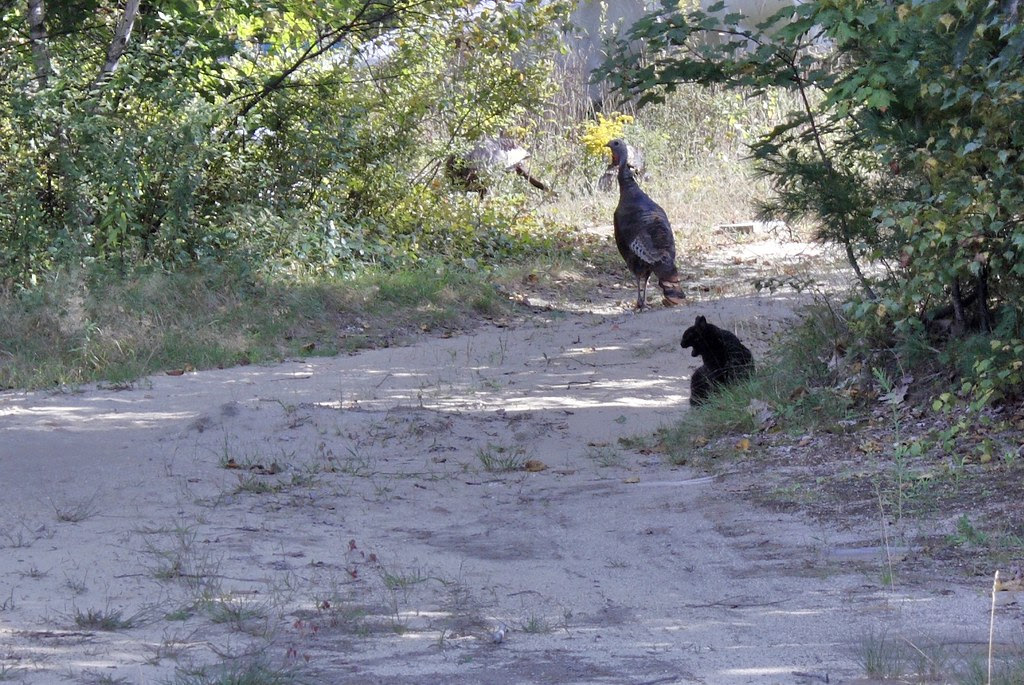 In fact, at this point Zorro was yawning. 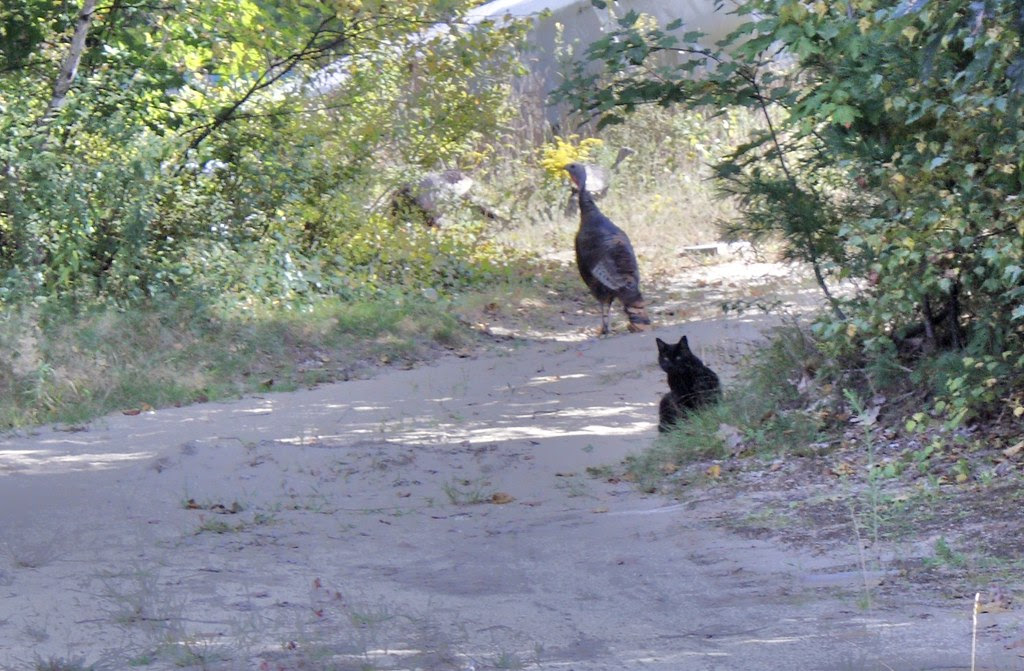 The first group of turkeys had walked by. I noticed that the dominant turkey never took her eyes off of the cat the whole time. 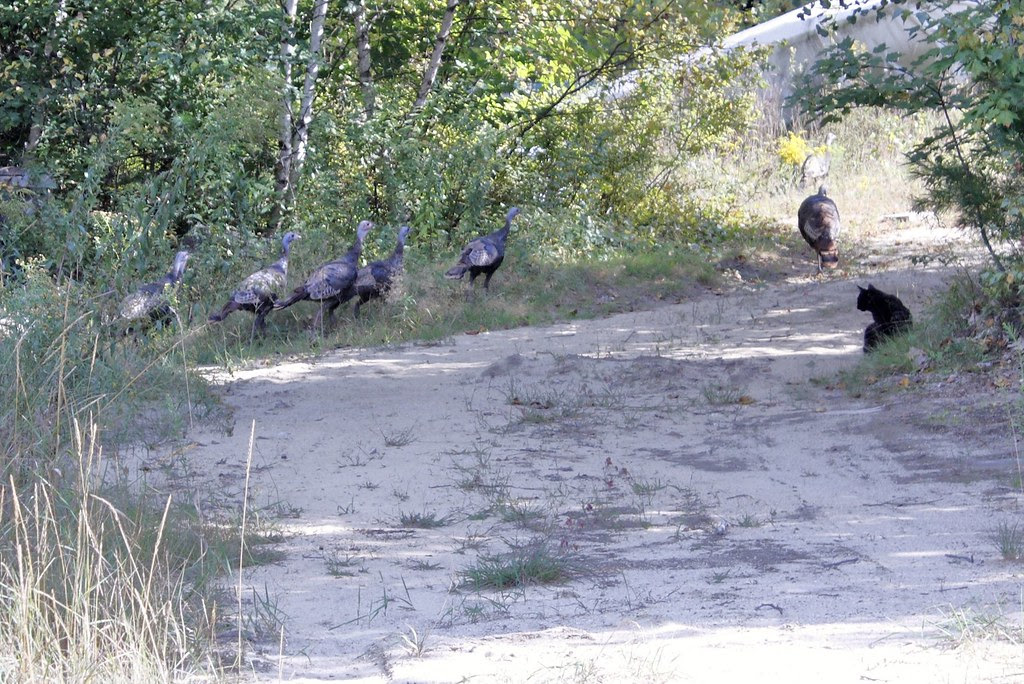 But now, the second group of turkeys is walking by Zorro. They are younger and not as vigilant. They do keep far to the left of Zorro, though. 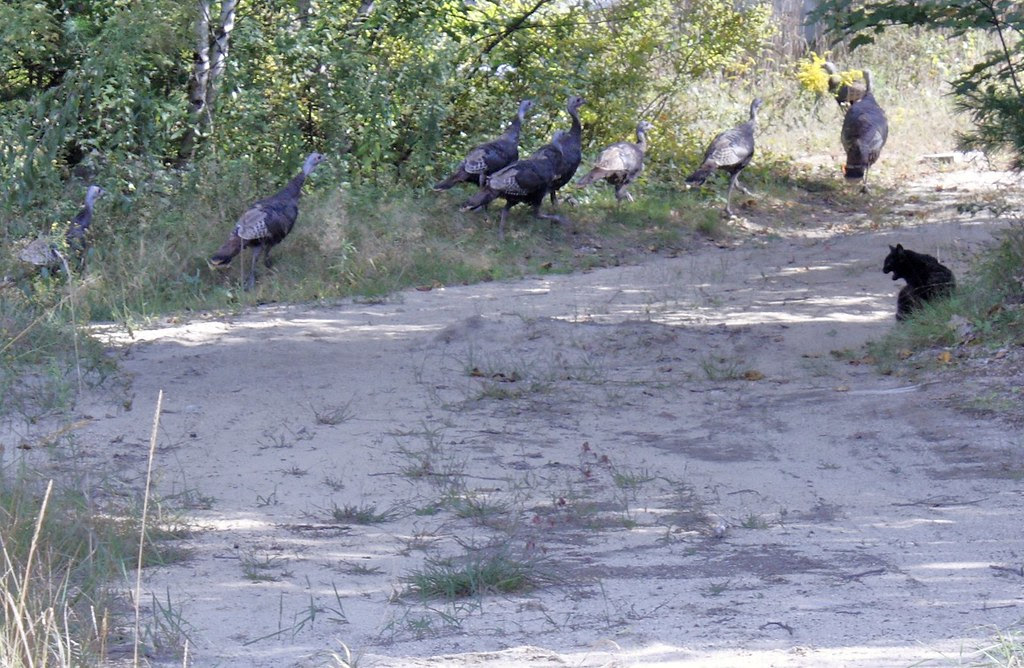 And now, instead of yawning, Zorro is chattering as cats chatter when they see prey. I began to worry. Then Zorro crouched to pounce. But he did nothing at all! The turkeys walked by peaceably. 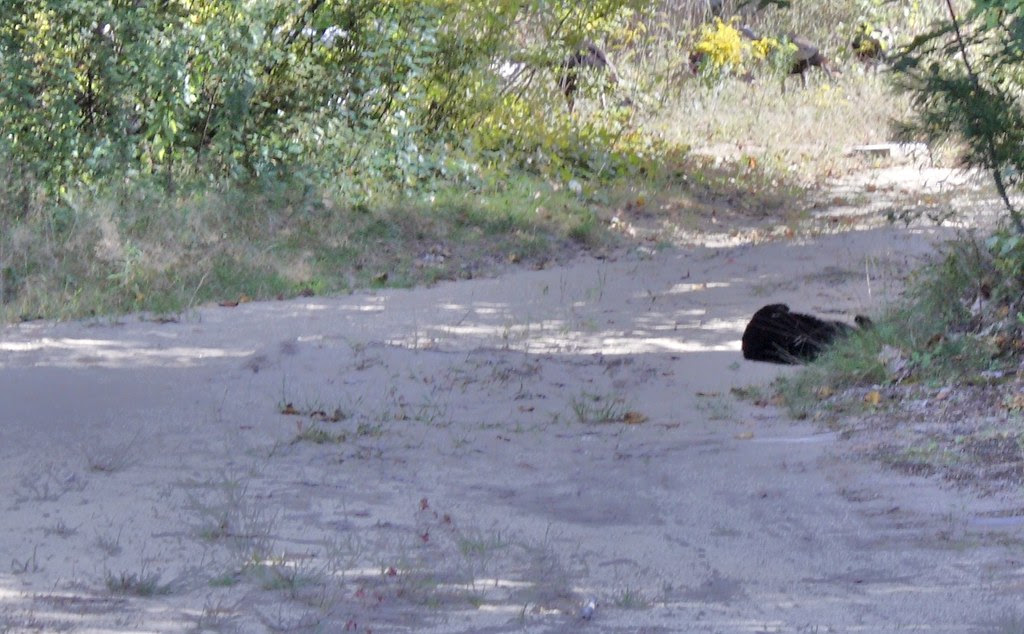 They are gone now. Zorro begins to roll in the sand. I have no idea why! The entire incident is over. From this moment on, whenever the turkeys showed up, we made sure to get Zorro in the house. We didn't want him going from chipmunk hunting to turkey hunting. Both prey are dangerous. Turkeys are especially dangerous!

By the end of September, the turkeys stopped their march about the house. We have not seen them in several weeks now. But we know they are out there. It is the mating season. If we were to go out at night into the woods we could find their nighttime roosts. But we never seem to feel like doing that. The turkeys will be back in the winter. We know that.