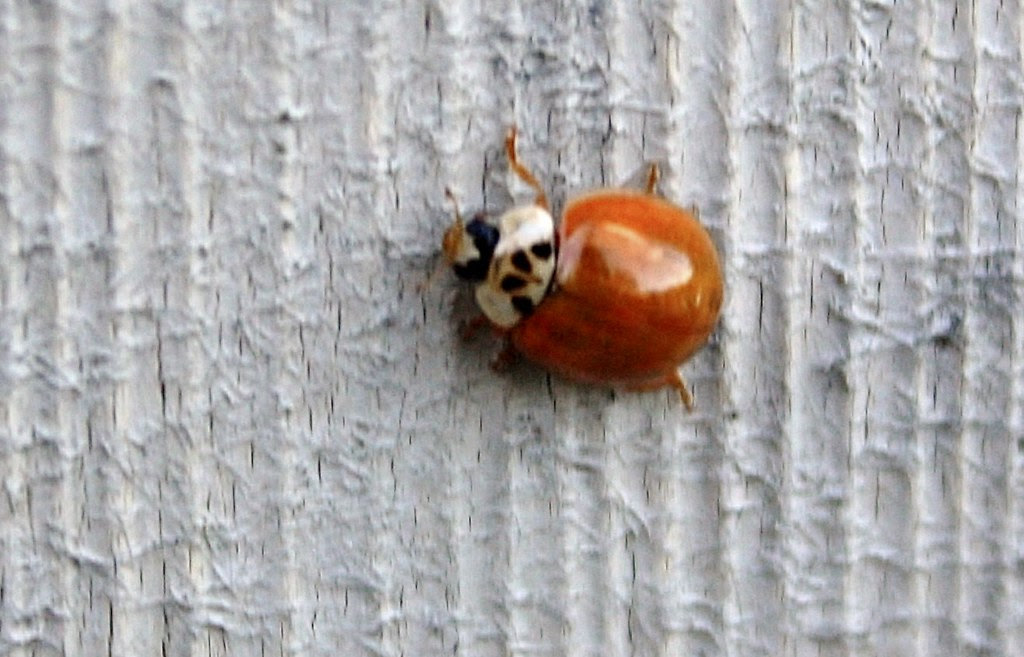 Harmonia axyridis
It's ladybug infestation time again. But it isn't as bad here as in northern Vermont. This one was spotless. According to bugguide.net:

First introduced to North America (for biological control of aphids) in California in 1916, and again in California in 1964 and 1965. Also introduced in Washington state from 1978–1982, and in Nova Scotia, Connecticut, Georgia, Louisiana, Maryland, Washington D.C., Delaware, Maine, Mississippi, Ohio, Pennsylvania, and North Carolina from 1978–1981 [Gordon, 1985]. Despite the numerous intentional releases, the species did not become established until 1988 in Louisiana [Chapin and Broux, 1991]. Thereafter, it spread rapidly thoughout most of United States, reaching Canada in 1994.

Although not native to this country, this species is widely sold for aphid control throughout the US, and has become very well-established (to the point of becoming a nuisance). The stage that eats the most aphids is the larva.

Adult beetles seek sheltered places to hibernate for the winter, and often invade homes in large numbers for that purpose. The best way to prevent this is to find and seal the cracks by which they gain entry.

When threatened, ladybird beetles in general, and this one in particular, exude a foul-smelling and -tasting liquid from their leg joints.